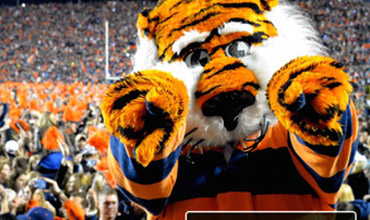 Tigers back where they started season in AP rankings

Auburn has had a comeback in recent weeks, not just on the football field, but in the polls. 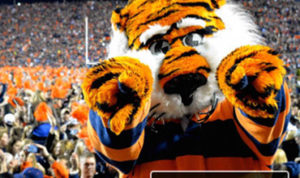 Today, The Tigers clawed their way back to No. 12, the same position where the team started the 2017 season.

Auburn dropped to No. 15 after an abysmal showing against Clemson, jumped to No. 13 after its shellacking of Missouri on Sept. 23, before moving up a spot in the latest poll.

Another mover in the AP poll this week was by Georgia. the team jumped to No. 5 following the Bulldogs’ 41-0 shutout of Tennessee at Neyland Stadium.

The big loser this week was Southern California, which fell from No. 5 to No. 14 after a 30-27 loss at Washington State. The game resulted in the Cougars move from No. 16 last week to No. 11 today.

Alabama remained on its perch in the poll’s top slot, where it has remained since the beginning of the season. However, despite the team’s record-tying defeat of Ole Miss, No. 2 Clemson made a gain on ‘Bama, receiving some of the Tide’s first place votes. Clemson on Saturday doubled its number of first place votes after handily defeating  Virginia Tech by a score of  31-17.

The Hokies fell to No. 16 in the AP poll as a result of its loss to the Tigers.