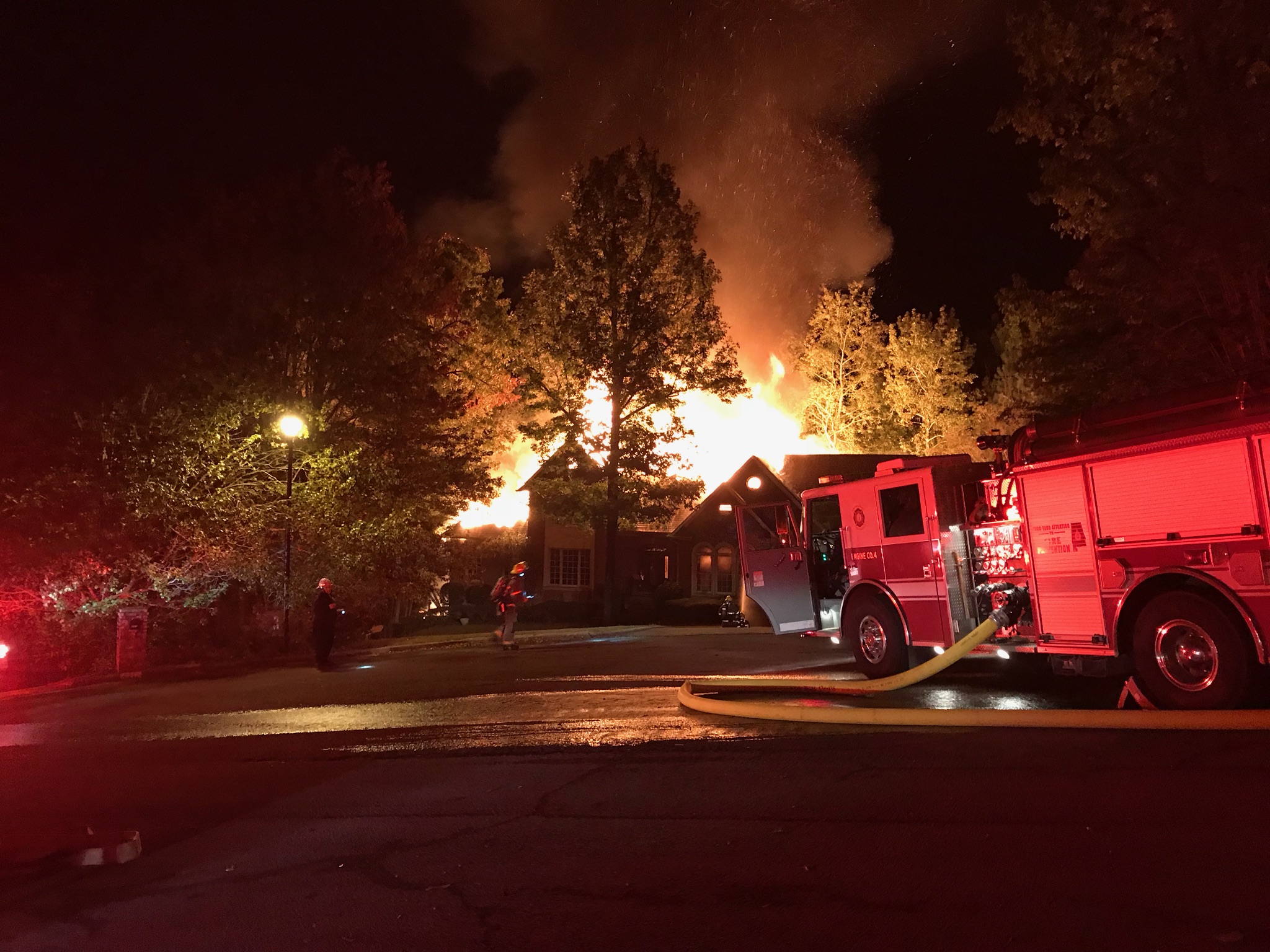 Steeplechase fire is second this month

CLAY –For the second time in October, the Center Point Fire Department battled a major residential fire in the Steeple Chase neighborhood.

The fire on Saturday night was on the 6200 block of Harness Circle.

Clay city councilman Dennis Locke lives in the neighborhood and was on the scene as firefighters worked to bring the fire under control.

Locke said the homeowner arrived home, smelled smoke and called the fire department. By the time CPFD arrived, the home was engulfed in flames. No one was believed to have been injured.

Trussville Fire and Rescue also responded to assist CPFD. The previous fire on October 3 was on the 6000 block of Steeple Chase Drive.

Video and photos below. 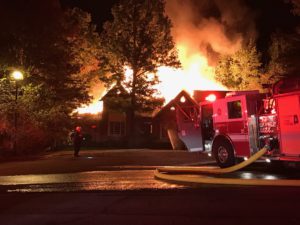 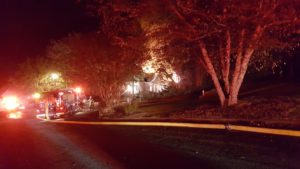 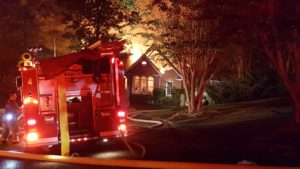 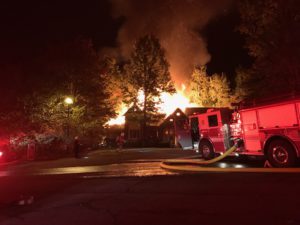 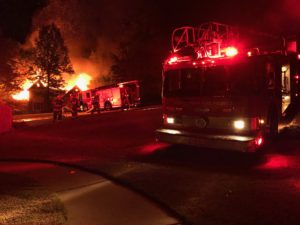