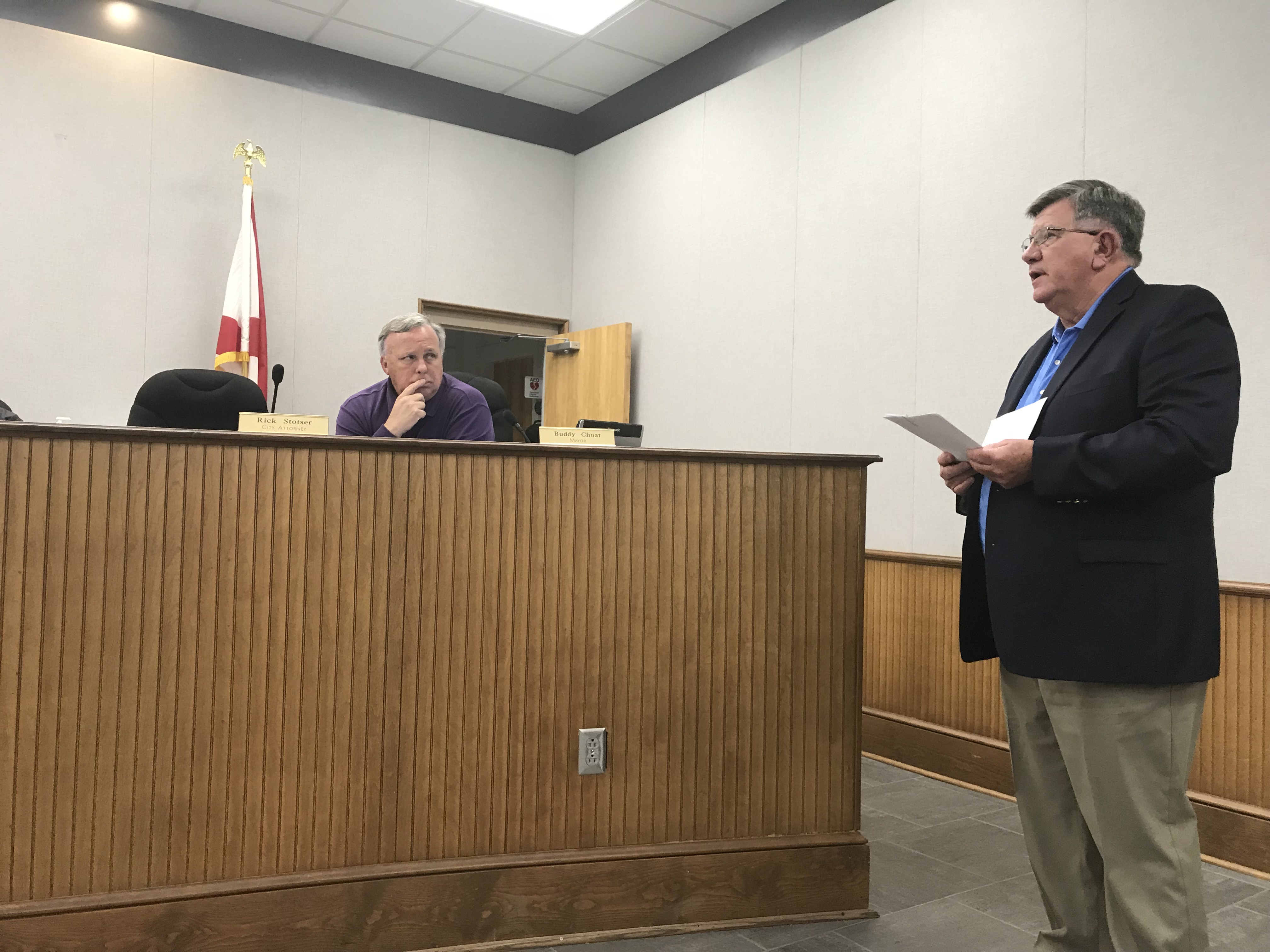 President of Stonegate HOA, Richard Matthews, addresses concerns of cut through traffic in Stonegate Subdivision Photo by Tanna Friday / For The Tribune

TRUSSVILLE — Motorists zipping through Stonegate Lane to avoid traffic will most likely see a vehicle traffic counter on the road. Homeowners living in Stonegate have expressed that they are unhappy with the cut through traffic and are requesting the road that intersects Stonegate Lane and Skyline Drive to be closed. 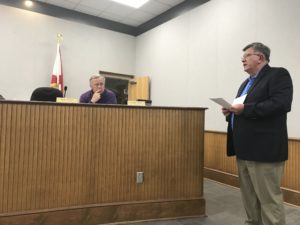 President of Stonegate HOA, Richard Matthews, addresses concerns of cut through traffic in Stonegate Subdivision
Photo by Tanna Friday / For The Tribune

Stonegate Homeowner’s Association President, Richard Matthews, was among several  concerned residents present at Thursday’s Trussville City Council Workshop.  Matthews told the Council that security is their main concern. “The cut through is one thing, but security is our concern,” says Matthews.

“We are an aging community, and are becoming more security conscious,” says Matthews, referring to the 93-home community. “We are a quarter of a mile from the interstate, and some of our residents have become concerned because we have a lot of traffic.”

Councilor Alan Taylor asked homeowners how this road would be closed.

“We feel like the best options for all parties involved is a gate that is accessible to police and fire,” says Matthews. “It would have a lockbox on it where they would have full access, if needed, for an entrance and exit on Stonegate Lane to Skyline Drive.”

Stonegate homeowners began their initial request for a road closure at last week’s Trussville Public Safety Committee Meeting. Councilor Taylor provided a summary of the meeting, which included the committee’s request for both police and fire chief to observe the area of concern at which the committee would again revisit.

Councilor Taylor told Matthews that the downside of the road closure would be if an accident occurred on North Chalkville Road and there was no access around. Matthews reassured the Council that by the police and fire having full access to the gate that this would not be a concern.

“We just think this is something that is good for our community, good for Trussville and by providing the police and fire total access to the gate, we don’t see any negative impact,” Matthews said.

Mayor Buddy Choat assured Matthews and the homeowners that the City of Trussville is committed to public safety and wanted to wait for the police and fire chief’s reports before discussing further.