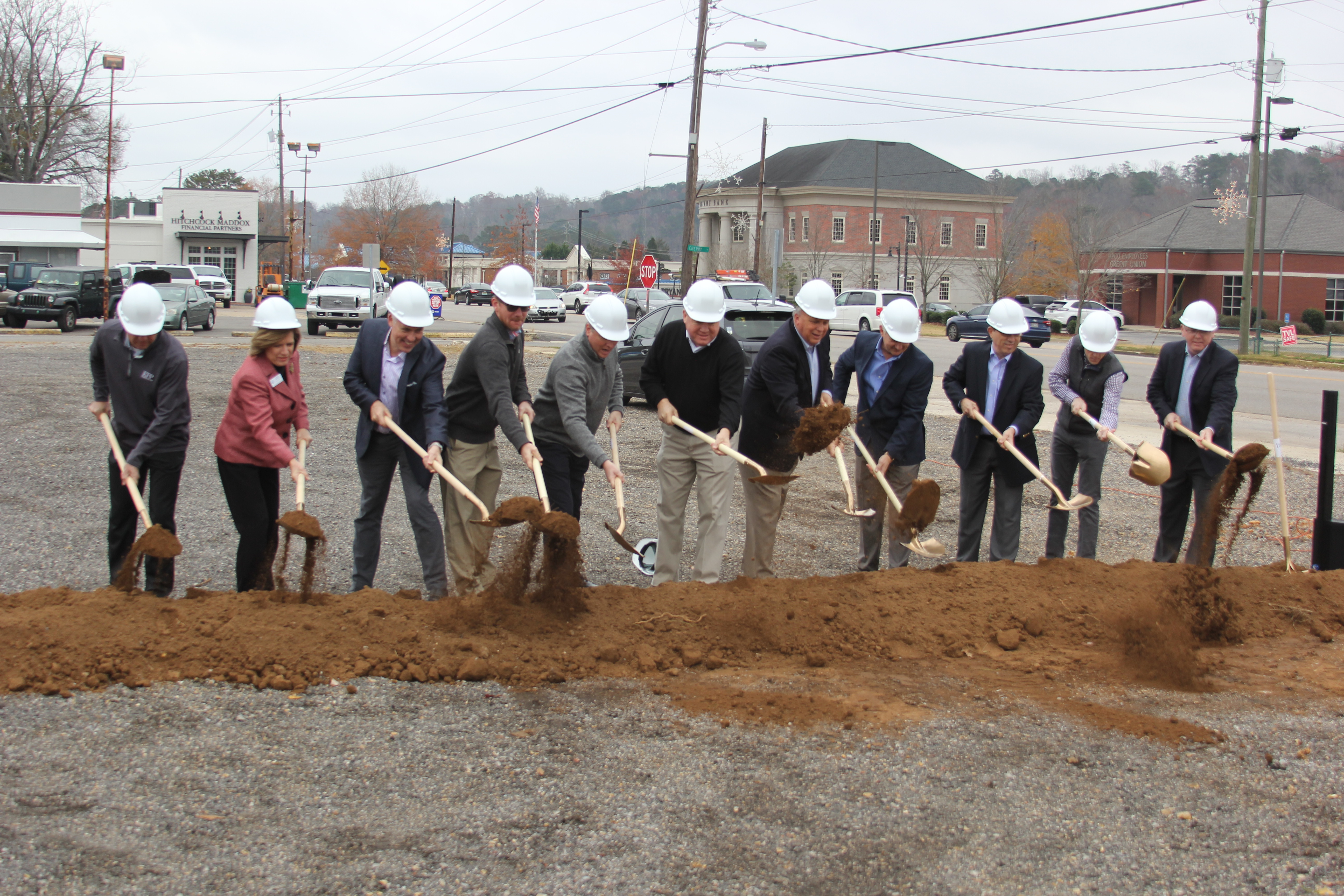 Officials representing the City of Trussville host a groundbreaking for the new location of Edgar's Bakery Monday. Photo by J.R. Tidwell / For The Tribune

TRUSSVILLE — The Trussville City Council and other officials with the City of Trussville hosted a groundbreaking for the upcoming new location for Edgar’s Bakery Monday. 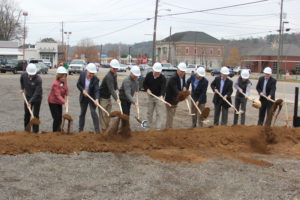 Officials representing the City of Trussville host a groundbreaking for the new location of Edgar’s Bakery Monday.
Photo by J.R. Tidwell / For The Tribune

The new location will be at 156 Main Street in downtown Trussville.

Edgar’s Bakery, which has several locations around Birmingham, sells cakes, cupcakes, cookies and other baked goods. They also have food for breakfast and lunch, like sandwiches, soups and wraps.

Edgar’s is owned by Terry and Dottie Smith, who founded the company in 1998.

“My wife Dottie and I have been looking at Trussville for several years,” said Terry Smith. “I grew up in Huffman and spent a lot of time in Trussville. The No. 1 request at our first store at the Colonnade from people that would come in is please come to Trussville.

“There is so much explosion of growth going on in Trussville right now, and that’s why we decided on Trussville.”

“(Edgar’s Bakery) had a vision and wanted to be a part of our community,” Mayor Choat said. “We all wanted them to be a part of this community. Today is very special. It is the first step of a process that we have been now for several months. 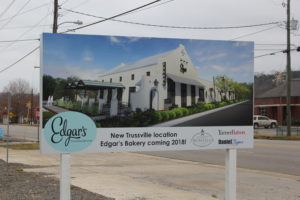 This sign at the site of the new Edgar’s Bakery location in Trussville shows a concept of what the building will look like once completed.
Photo by J.R. Tidwell / For The Tribune

“This groundbreaking is the first part of what’s going to be a change in downtown Trussville forever. We couldn’t be happier to have Edgar’s come out here. The Smiths will be great community partners for us. As you can see by the turnout today we have a lot of people waiting on them to come. Today is a great day for the City of Trussville.”

“On behalf of the City of Trussville and the City Council, our Downtown Merchants Association and our Downtown Redevelopment Authority, what a great day this is for Trussville,” Taylor said.

“I was one of the ones stopping by on the way to Auburn and asking when they were coming to Trussville. This is a great day. We keep saying we want to see some buildings coming up in downtown, and this is one of the first steps.”

The new Trussville location of Edgar’s Bakery will be open around the middle of 2018 and will be larger than the Smith’s previous locations.

“We have been told by our contractor that he feels he can have it ready by August of 2018,” Terry Smith said. “We are hoping to be done sooner than that, but that’s our timeline right now.

Terry Smith said the growth of Trussville was a big factor in he and his wife’s decision to build a new location in the city.

“We think Trussville is about to explode with the new entertainment district coming and all the growth on the other end of Hwy. 11,” he said. “We want to be a part of that growth, and we think it’s going to be a great location for us and for the City of Trussville.

“We are so excited to be here. Trussville has welcomed us with open arms.”