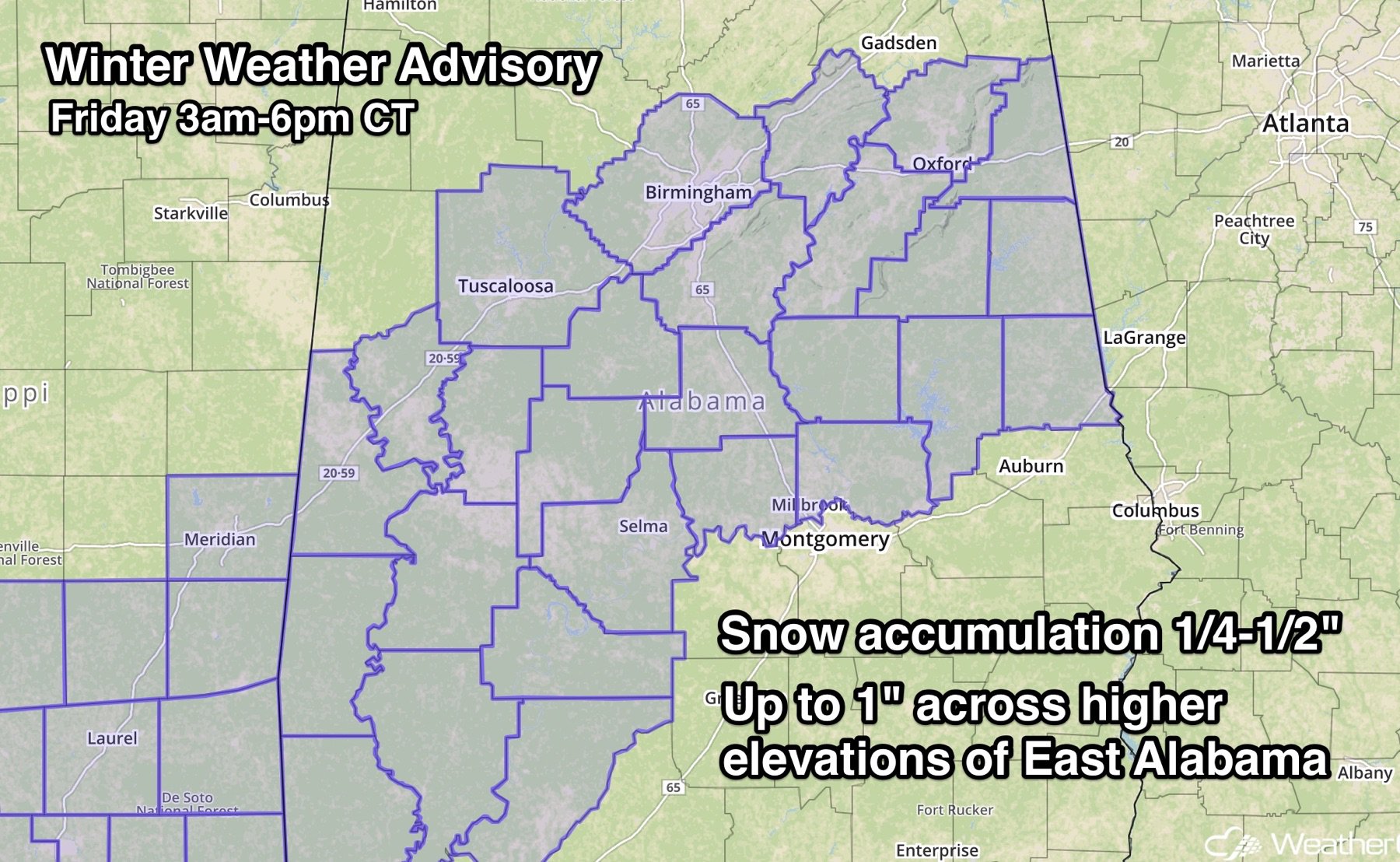 TRUSSVILLE –Accumulating light snowfall is expected early Friday morning in central Alabama, according to the National Weather Service in Birmingham. As a result of the forecast, the NWS has issued a winter weather advisory for much of central Alabama on Friday from 3 a.m. until 6 p.m. The advisory area includes Jefferson and St. Clair counties in the Trussville Tribune coverage area. 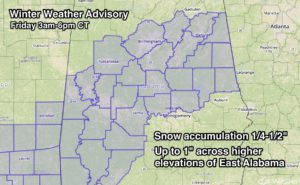 According to NWS, cold air moving in from the northwest will result in rain mixing with and changing to snow beginning late Thursday night and early Friday morning. Temperatures are expected to remain just above freezing while the snow falls, which will prevent significant accumulations, but some light accumulations will be possible primarily on grassy and elevated surfaces.

Total accumulations of a quarter to a half inch are expected, primarily on grassy and elevated surfaces, with locally higher accumulations up to 1 inch possible in the higher elevations of East Alabama.

A Winter Weather Advisory for snow means periods of snow will cause primarily travel difficulties. Be prepared for snow covered roads and limited visibility, and use caution while driving. 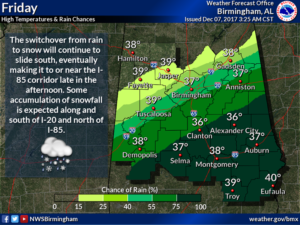 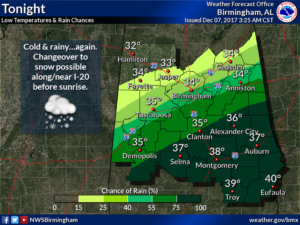 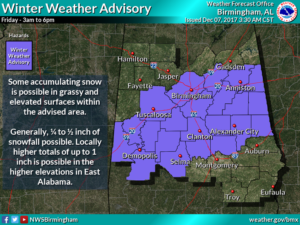