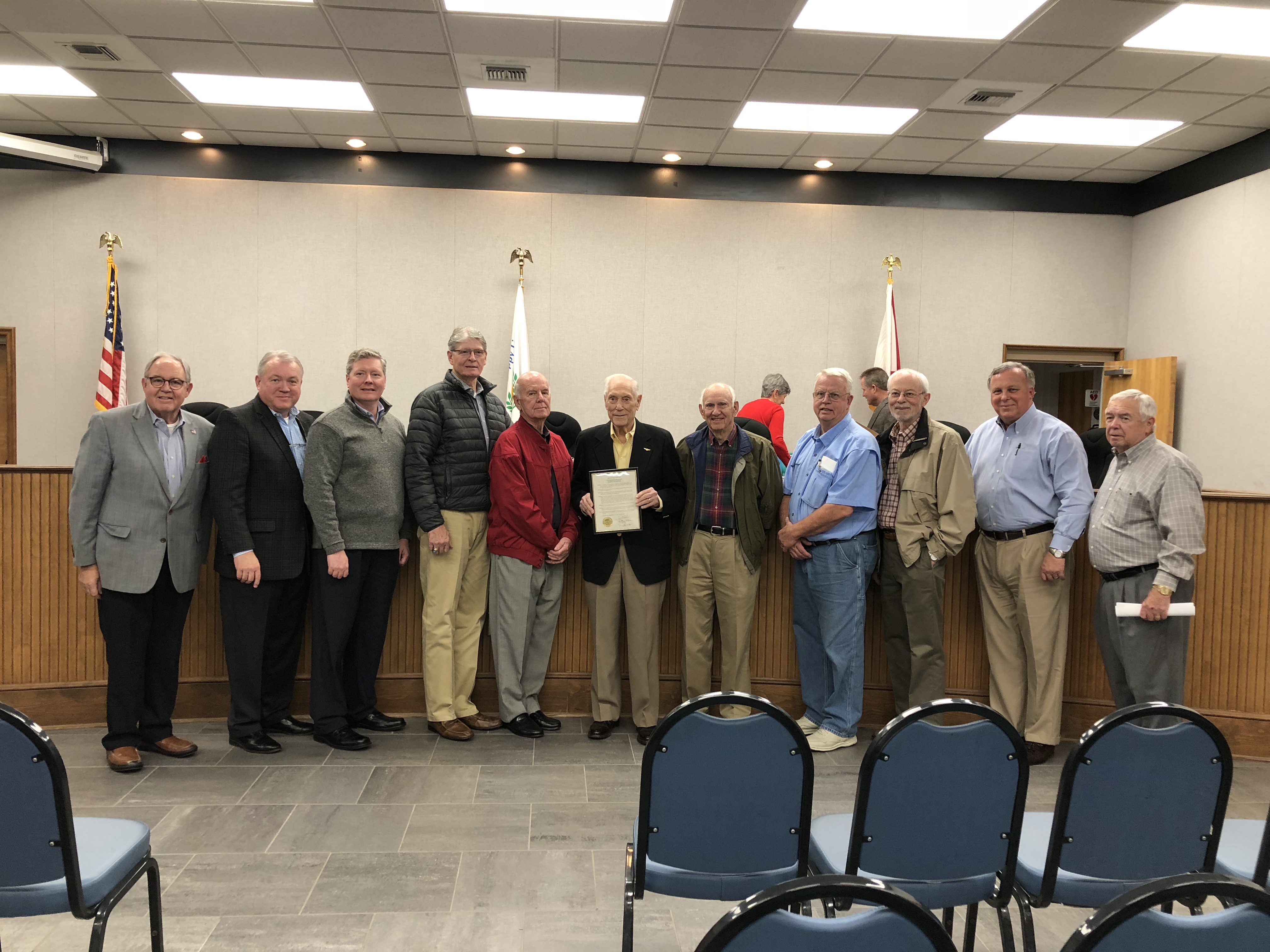 Before the Trussville City Council got to business, Councilor Perry Cook recognized one citizen with a proclamation of service to the City of Trussville.

Gordon Flynn was honored for his years of service as a member of the Trussville’s Utilities Board, a position he held continually from Dec. 1972 until 2017, serving as Board Chairman for many of those years.

“We have tonight a proclamation to recognize one of our, to me, a very special person,” said Cook. “I’ve known Mr. Flynn since 1975 in a business relationship and am getting to know him more in a committee relationship and personal friend. I really value that friendship that I have with him.”

According to the city’s proclamation, Flynn was a member of the Georgianna Davis Masonic Lodge and worked to provide picnic tables for the parks, spearheaded American Legion turkey shoots to raise money for civic projects, and worked to protect the City of Trussville by serving as a firefighter in the volunteer fire department.

“Mr. Flynn continued to look out for the best interest of the community in making monetary donations to the library, and in promoting that the Mayoral position should become a full-time position so that leadership from the top was available to steer the city on a daily basis,” said Cook.

“Now, therefore, be it proclaimed by the City Council of the City of Trussville, that we owe a debt of gratitude to Gordon Flynn for more than 55 years of service to the Trussville community.”

With a standing ovation by friends, family members and fellow board member, Flynn accepted the award.

“Everything that was done was for God, country, and Trussville,” said Flynn.

“I came over to you after we broke from our workshop,” said Councilor Brian Plant. “I told you that the first thing I saw when you walked in were those wings. I know what you did to earn them. I’m proud to know you.

“This community is a better place because of people like you. This is what we should be about as people, not the things we see in news. That’s not what make for a great life.

“What this man has done and the way he has lived his life, that’s what makes for a great life. We are blessed that you are in this community. Thank you.”

Councilor Jef Freeman added that he met Flynn through the Rotary Club in 1996.

“You were always a great Rotary, and someone I always looked up to,” said Freeman.

In other matters, the Council also:

— Approved merit increases effective Jan. 7 for a position in Municipal Court and a Dispatcher;

— Approved a six-month leave request without pay for a civic center position;

— Approved a library change order request #40 – changing the color of gutters and downspouts – $6,800;

— Approved the hiring of Park and Rec laborers effective Jan. 8, 2018;

— Reimbursement to Kuechenmeister for waterline on Chalkville Road;

— Announced garbage pickup schedule for the following two weeks will be delayed by one day all week due to the Christmas and New Year’s Holidays.