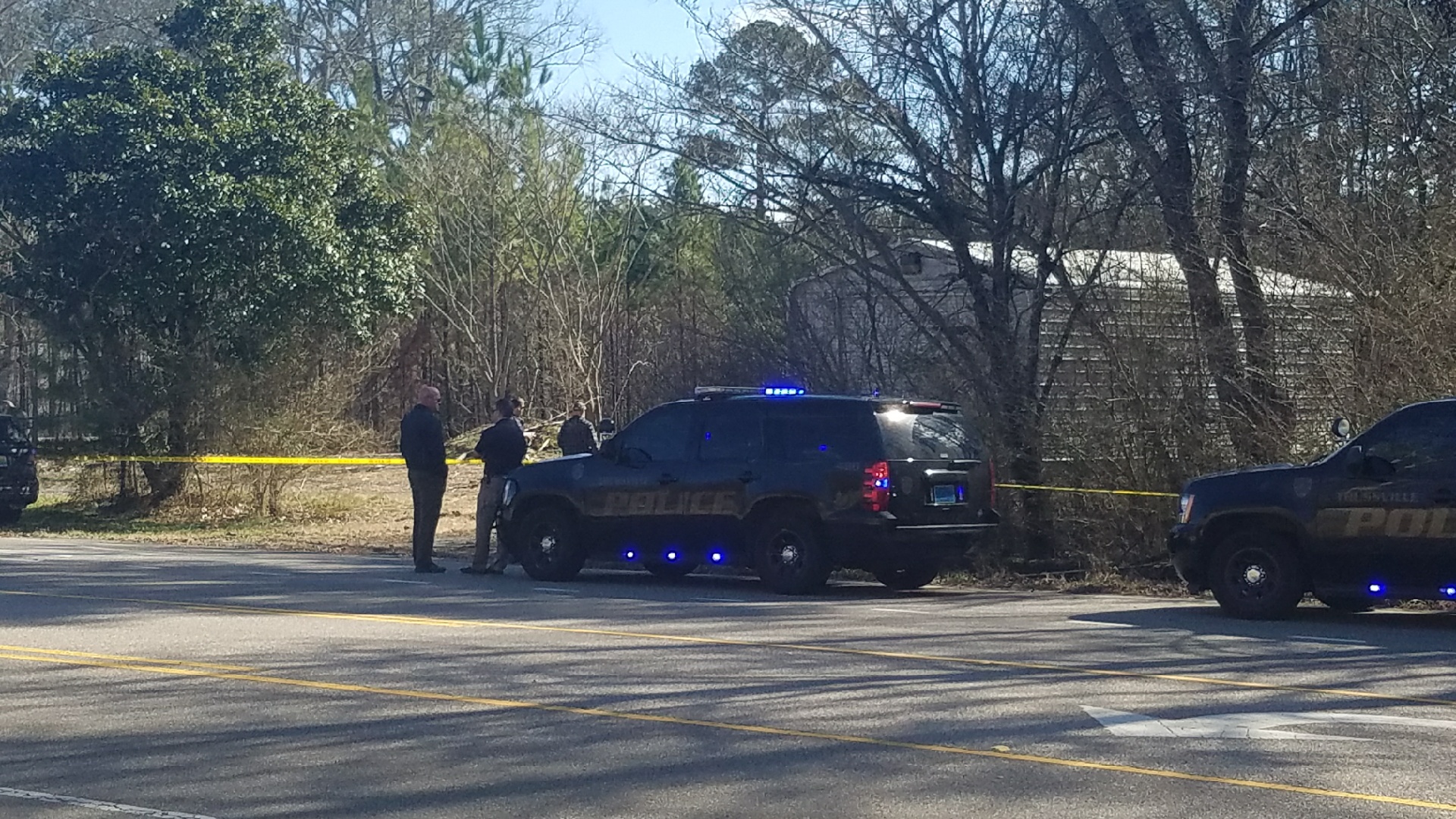 Trussville police are investigating after a dead body was found at Commerce Drive and Hwy. 11. Photo by Ryan Jennings/The Trussville Tribune

TRUSSVILLE –The body found in Trussville at the corner of Commerce Drive and U.S. Highway 11 on Friday has been identified, according to Sergeant Michael Bruce of the Trussville Police Department.

Bruce said the man was identified as Joe Fred Skelton, Jr., 47, of Northport. Skelton is a white male known to be around the Birmingham area on and off for the last couple of years.

“His father had picked him up in the Birmingham area around Christmas, but couldn’t remember exactly where,” Bruce said.

There was no indication that death occurred at the location where the body was found, Bruce said.

“Nothing at the scene to indicates that he was killed there or died there,” Bruce said. “We’re awaiting the toxicology report from the coroner to determine the cause of death, but there was no trauma to the body, from what we understand.”

While the body did show signs of decomposition, Bruce said last week that he didn’t think the body had been in the area for too long before being discovered by a survey crew on Friday.

Trussville police would like to hear from anyone that may have information about Skelton.

“Any assistance from the public would be greatly appreciated,” Bruce said. “If anyone saw him in the last few weeks or knows him, I would ask that they contact Detective Richard Golden 661-4006.”