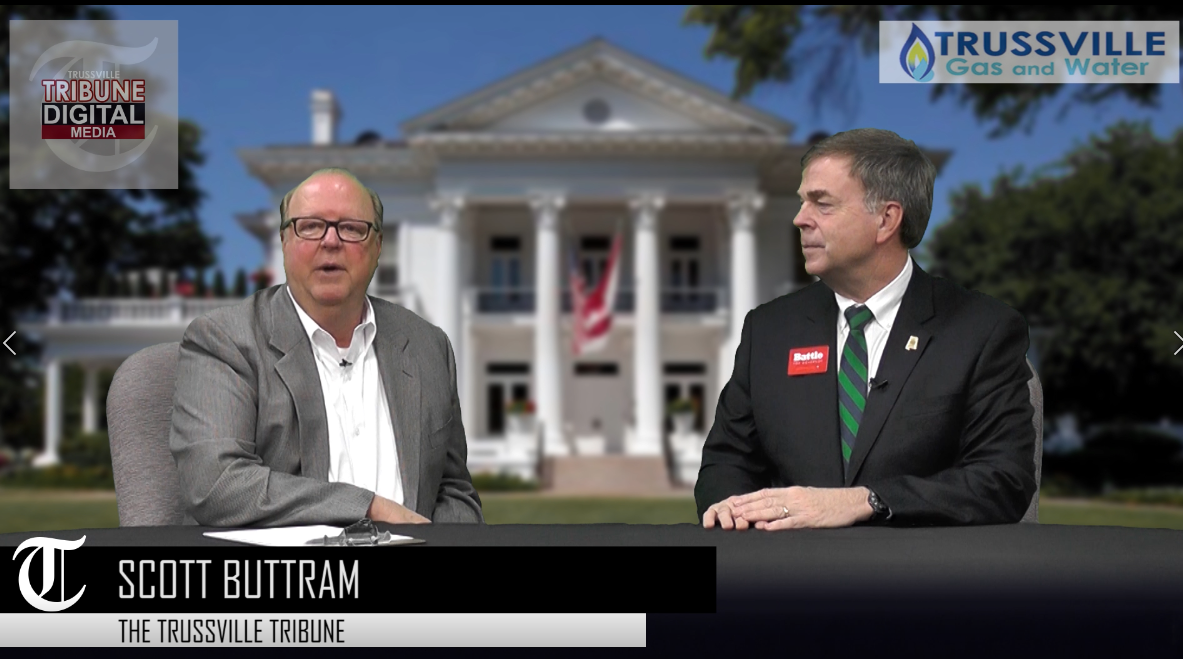 From The Tribune Digital Media Team

TRUSSVILLE –Tommy Battle, in his third term as mayor of Huntsville, is running for the Republican nomination as governor. Last week, Battle stopped by the Tribune studio to discuss his plans for Alabama.

Battle visited with Tribune publisher Scott Buttram to discuss some of Alabama’s most pressing issues. Check out the video below for the full interview.