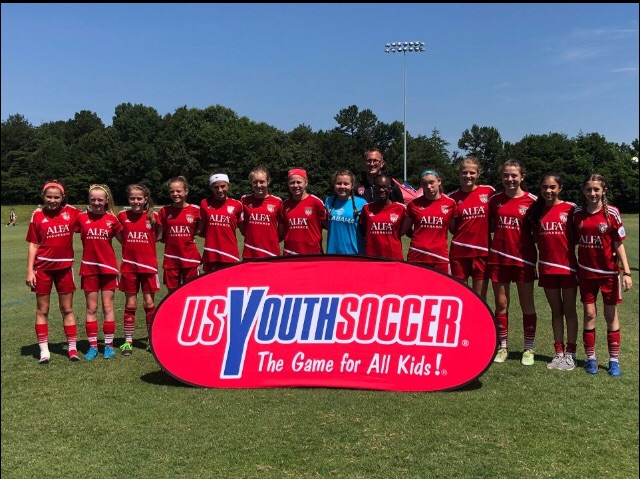 The girls’ team Blaze 05 and the boys’ team Fire 01 were two of the eight teams to represent the state of Alabama in the competition. Both teams were state champions and were selected to attend.

The results were not what they intended as both teams went 0-3 in pool play. Head coach for the Blaze 05 J.D. Corley was not discouraged by their performance.

“Both teams represented Trussville United Soccer Club and the state very well, and we are proud of both teams effort on making it as far as they did. We are looking forward to opportunity to repeat as state champs and represent our state again at regionals in the upcoming seasons,” Corley said.

With the World Cup underway, the focus on soccer has increased on a national level and Corley believes that people could see a rising fan-base in the sport for years to come.

“The sport is really growing with the attention of the World Cup and U.S. Soccer teams being more publicized. Trussville United is seeing the numbers of participants grow more and our players knowing the players that participate on the U.S. national teams shows its getting popular.” Corley said.