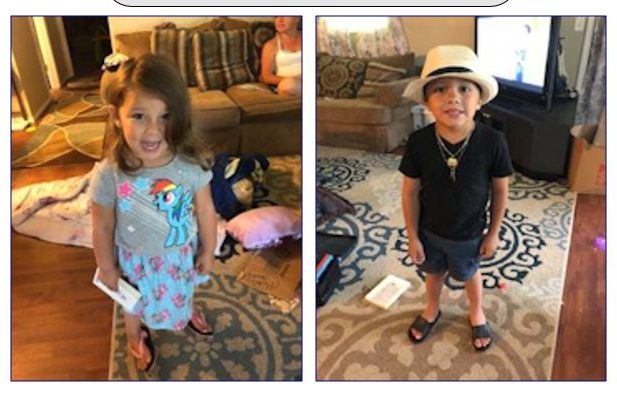 Update: ALEA confirmed that the children have been found safe and has canceled the alert.

ST. CLAIR COUNTY — The Alabama Law Enforcement Agency has issued an alert for two children missing from their home in Pell City.

The children are Natalie Jane Mata Chavez, 4, and Alexander Luis Mata Chavez, 6, who may be traveling with their mother, Deborah Melinda Mata Chavez. She may be driving a 2005 black Chevy Avalanche with the tag number 61DH821.

Natalie Chavez is described as standing at 3′ 0″ and weighing at 40 pounds. She has brown hair, brown eyes and was last seen wearing a Disney “Frozen” night gown.

Alexander Chavez stands at 3′ 0″ and weighs at 36 pounds. He has brown hair, brown eyes and was last seen wearing a lime green t-shirt and his underwear. Both children are Hispanic.

Anyone who has seen these children are asked to call the St. Clair County Sheriff’s Office at 205-884-6840 oir 911 and provide authorities with as much description as possible, especially the direction of travel. 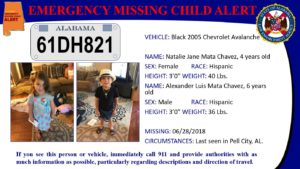