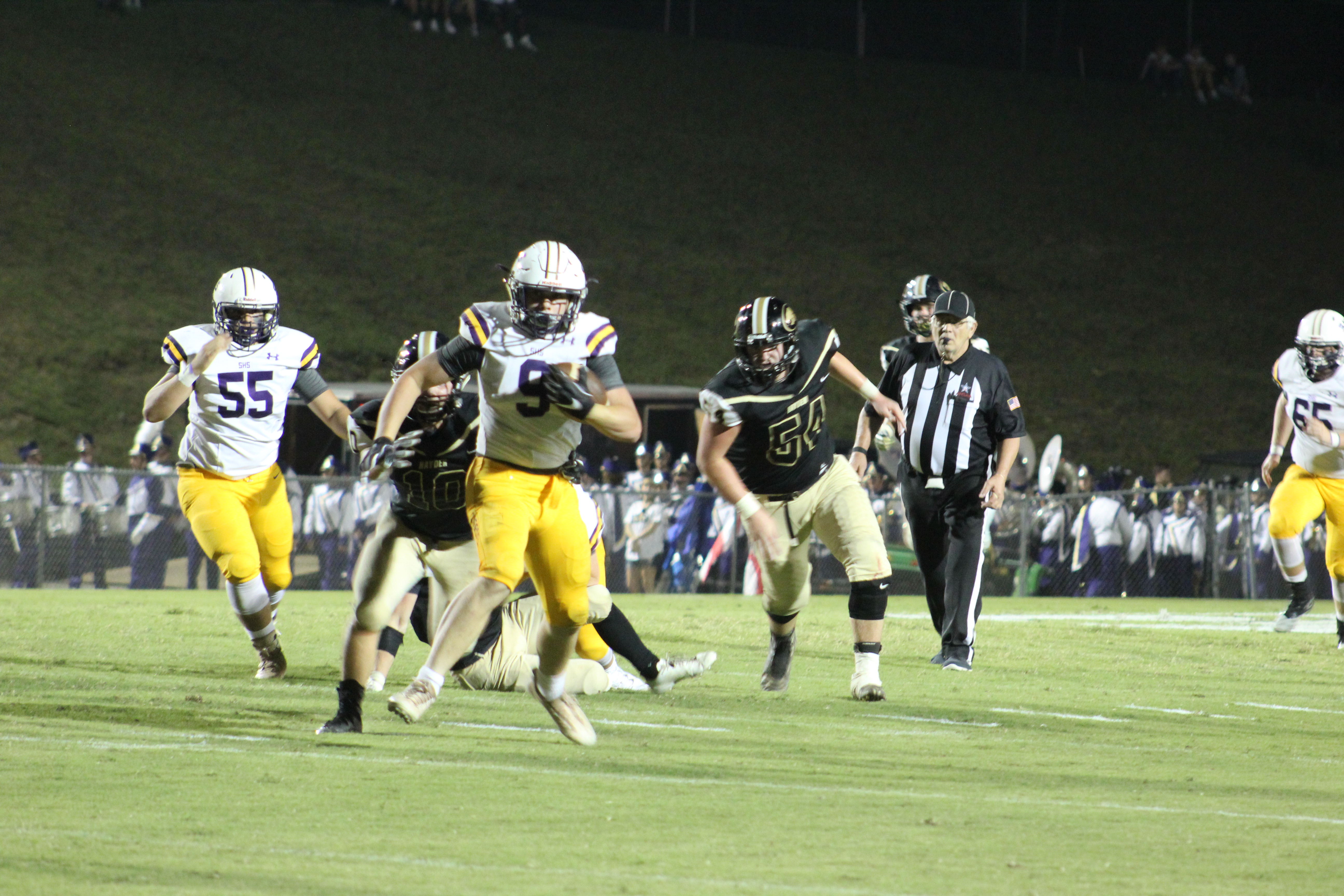 HAYDEN— The start of 2018 football season for the Springville Tigers did not go in their favor as they suffered a 21-15 overtime loss to the Hayden Wildcats.

The Wildcats’ Jeremiah Burrow started the game by taking the opening kickoff all the way to the Springville six yard line. They scored three plays later on a two yard run by Evan Orr and added the extra point to make the game 7-0 .

The Tigers got on the board late in the first quarter with an 11 yard pass from Austin Hutcheson to Cameron Bonner and added the extra point to tie the game.

The score remained the same during the second quarter as turnovers by both teams failed to produce any points.

With 7:53 the Wildcats defense forced the Tigers back into their own endzone as Hutcheson was pressured by a host of Wildcat defenders and was sacked for a safety making the score 9-7 Wildcats.

Hayden scored a touchdown but missed the extra point which made the score 15-7 with 4:56 left in the third quarter.

With three seconds left in the third quarter Hutcheson found junior receiver Jace Hayes for a 20 yard touchdown. Hutcheson then dumped a pass to the left in the flats to his running back Bradlee Cole for the two-point conversion making the game tied at 15 heading into the fourth quarter.

Both teams remained scoreless in the fourth quarter and the game went to overtime.

In the overtime period Hayden struck first as Cole Goolsbey ran in the endzone on a two yard carry. A blocked extra point made the game 21-15.

The Tigers took possession of the ball for their offensive series but fumbled on the first snap. The Wildcats recovered thus ending the game with a 21-15 score in favor of Hayden.

“That was a tough way to end.” Springville head coach Matt Graben said.

Hutcheson completed six of his 19 passes for 121 yards with two touchdowns and two interceptions. Jace Hayes caught three of those passes for 77 yards and a touchdown.

Bradlee Cole led the way rushing for the Tigers with 74 yards on 18 carries.

The Tigers travel to Ashville Aug. 31 for their next game.