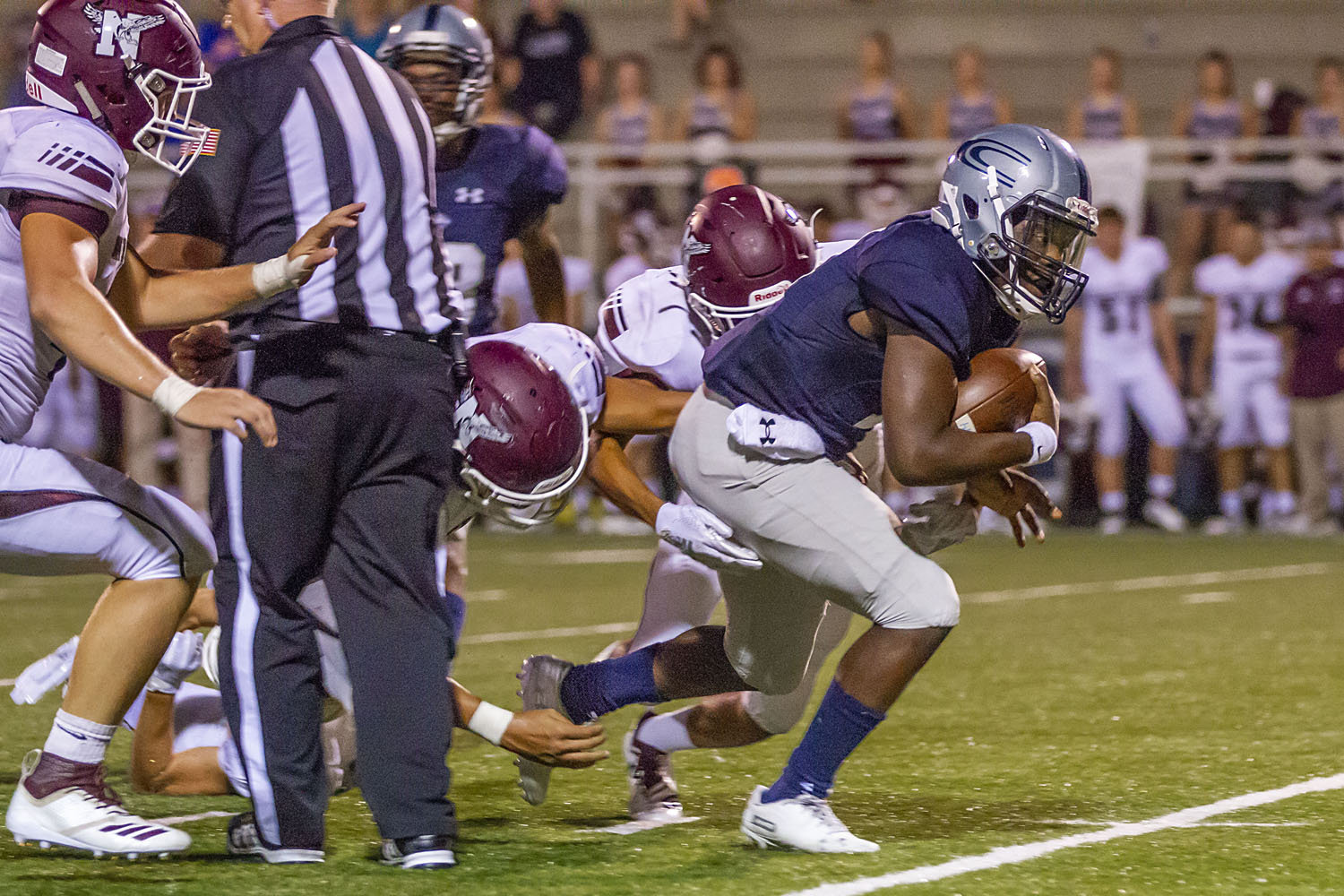 CLAY— The Clay-Chalkville Cougars destroyed the Niceville Eagles (FL.) 58-14 to improve their record to 3-0 to open up the 2018 season.

“For the most part I was really pleased with the performance,” Clay Chalkville coach Drew Gilmer said.

The scoring started for the Cougars after a two yard touchdown run from L.C. Purifoy with 9:13 in the first quarter which gave them  7-0 lead.

Courtney Braxton added to the lead after a seven yard touchdown run on their next possession to make it 14-0 with 7:00 in the first quarter. The offense would continue to roll as Willie Miller added a one yard rushing touchdown to give the Cougars a 21-0 lead at the end of the first quarter.

In the second quarter, the Cougars continued their domination over the Eagles. The defense caused an intentional grounding penalty in Niceville’s own endzone which made it a safety for the Cougar defense making the score 23-0 with 7:30 left in the half.

The Cougar offense scored again on a 44 yard touchdown run from Demarcus Burris making the score 30-0.

Leroy King wrapped up the first half scoring for the Cougars as he scored on a three yard touchdown run. The score at halftime read 37-0 in favor of the Cougars.

Braxton found the endzone again after a seven yard touchdown run with 5:10 left in the third quarter making it 44-0.

Niceville finally got on the board when Levert Jefferson scampered for a 31 yard touchdown to put the shutout talks to rest. The Cougars took a 44-7 lead into the fourth quarter.

The Clay-Chalkville Cougars tallied up 441 total yards with quarterback Willie Miller accumulating 234 yards by himself. The Cougar defense held the Niceville Eagles to only 206 total yards of total offense.

Clay-Chalkville travels to Pinson Valley for a big time region matchup with the Indians next week with kickoff at 7pm central time.