BIRMINGHAM – Birmingham Police reports that a suspect has been arrested and charged in connection with a homicide investigation that occurred on Saturday, September 1 at 331 80th Street North.

At approximately 12:30 a.m., officers from the East Precinct responded to the location that reported shots fired. Officers arrived and located the victim, who has been identified as 16-year-old William Edwards, inside the residence unresponsive. Birmingham Fire and rescue and the coroner arrived on the scene and pronounced Edwards dead. 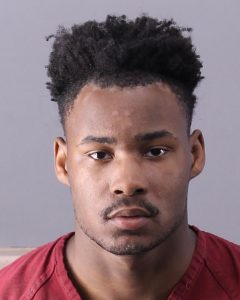 The suspect, Rodrick Hodges, 17, of Birmingham, was issued a warrant for capital murder. Hodges is in the custody of the Jefferson County Jail.