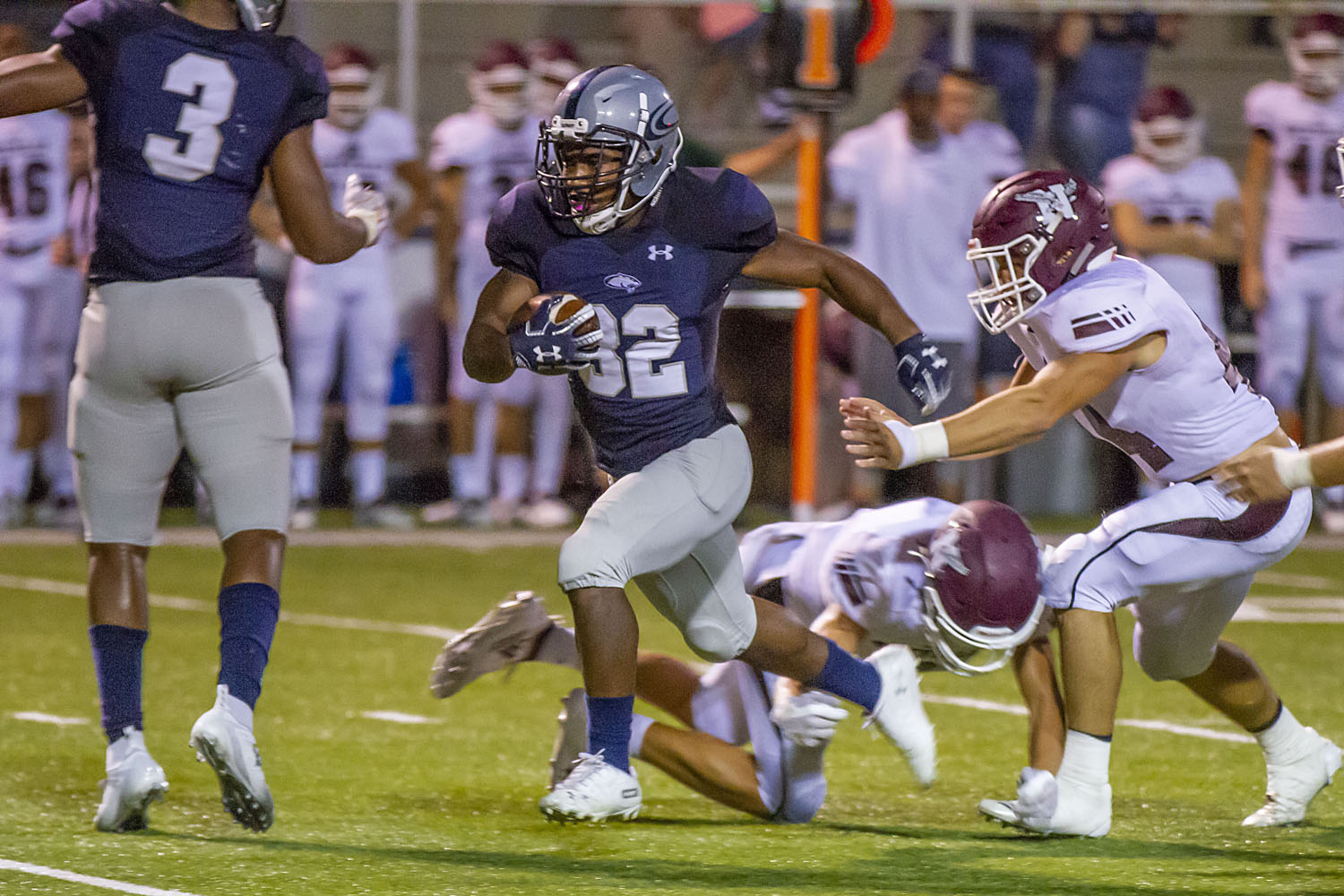 PINSON—Clay-Chalkville visits Pinson Valley in week three of the 2018 football season in a game that will likely determine the winner of region 6. Last years matchup saw Pinson Valley squeak out a 34-32 win against the Cougars before meeting again in the semi-finals of last year’s playoffs in which the Indians won 37-7 on their way to a region and state championship run. This year, the Cougars are out for revenge and a chance to break a three-game losing streak to the Indians.

The Cougars offense was hitting on all cylinders last week as they totaled 58 points, 441 yards of total offense, 234 of those yards were accredited to quarterback Willie Miller alone. The offense has a handful of weapons as six different players scored touchdowns on Friday night while Courtney Braxton had two touchdowns himself.

Pinson Valley head coach Patrick Nix spoke on the opportunities that passing game had on Friday night saying  “We had more opportunity tonight than we had in the past couple weeks and it hasn’t quite been the same. Receivers made some really good plays and the offensive line did a good job blocking.”

The Cougars will lean heavily on their senior defensive lineman and fullback DJ Dale who two weeks ago added two tackles, one tackle for a loss, two carries for six yards, and two touchdowns against James Clemens. In the past two weeks, both Ramsay and Shades Valley have found success against a young Indians defense in both the running and passing games.

Shades Valley rushed for 167 yards on 33 attempts, averaging just over five yards a carry. Ramsay found success in the air with backup quarterback Jaih Andrews who threw for 220 yards and two touchdowns on the road at Pinson Valley two weeks ago.

Clay-Chalkville will be looking for its first region win of the year while Pinson Valley is already 1-0 in the region with a win over Shades Valley last Friday. Both teams would benefit with an early region win and would join Oxford as the only other unbeaten team in the region.

With a win on Friday, both Pinson Valley and Clay-Chalkville can position themselves as the front-runner in both region 6 and in the  6A classification playoff picture as a whole. Both teams know exactly what’s at stake in this game and both understand that an early region win means more than just one win.