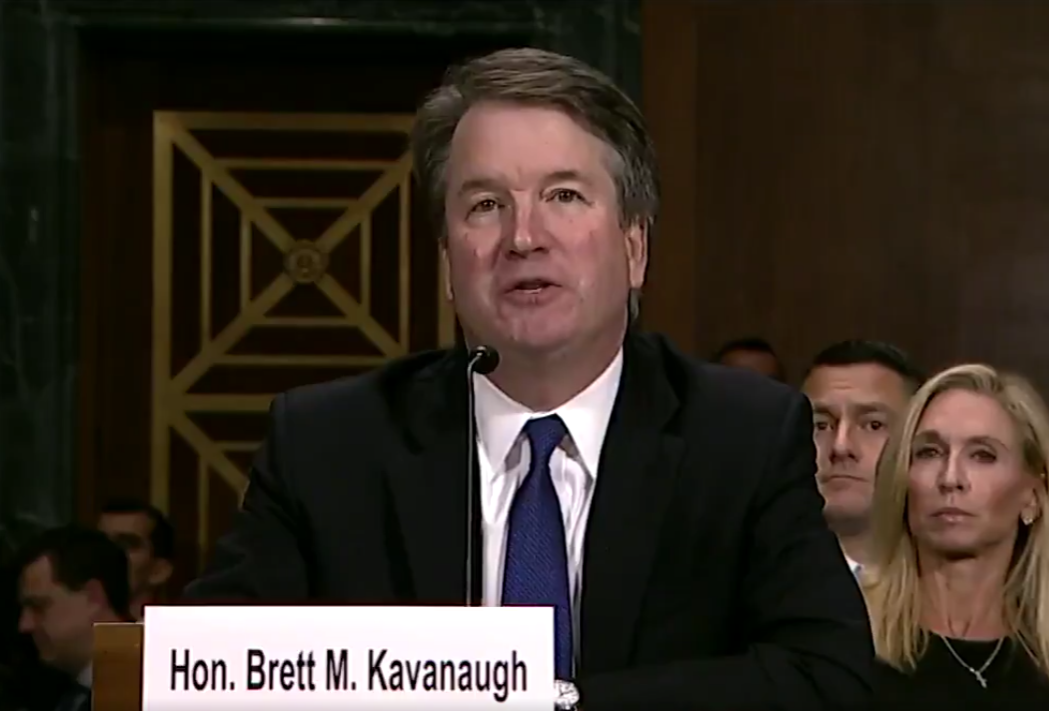 Kavanaugh should be confirmed and the Democrat circus should end

TRUSSVILLE —Admittedly, I have a personal tendency to give the benefit of the doubt to females who say they have been sexually assaulted. I can’t imagine how difficult it must be for a woman who has been through such a trauma. There are many reasons that a sexual assault victim may or may not report the incident. No one has a right to judge that decision.

But when the allegation is criminal in nature and becomes a public accusation, the benefit of the doubt in no way supplants evidence beyond a reasonable doubt.

The claims against U. S. Supreme Court Justice nominee Brett Kavanaugh don’t even come close to being beyond reasonable doubt. In fact, there is no evidence whatsoever that he did any of the things that he has been accused of.

There have been comparisons between the Kavanaugh case and that of Judge Roy Moore. There probably should be because it appears to be the new game plan for Democrats. Or you could call it a new improved Clarence Thomas and Robert Bork game plan.

Both men had three accusers and both men were accused in the 11th hour. In both cases, after the initial accusation, the claims became progressively weaker and less believable. It was the first accusers of both men that were strikingly different.

When Leigh Corfman shared her story, the circumstances surrounding her encounter with Moore were detailed before, during, and after the incident. Even after 30 years, her recall of specifics was impressive and exceedingly believable.

The stories of  Moore’s other two accusers were weaker, but one – Corfman – was more than enough for reasonable people.

As Christine Blasey Ford made her accusations toward Kavanaugh to the Senate Judiciary Committee she seemed to be sincere and adamant in her claims. Critical details, however, were missing. That’s a drastic departure from Corfman’s claims against Moore.

Ford could not remember how she arrived at the residence where the alleged assault took place. She couldn’t remember whose residence it was or how she got home.

Those would have been three easily verifiable facts. Not remembering such basic facts cast doubt on all of her recollections and left her with no corroboration.

Kavanaugh responded to the allegations with equal sincerity and was just as adamant in his denials. He backed those denials with notes and a calendar he has kept since 1982.

What’s left when both parties equally and strongly disagree? The witnesses.

Ford provided four names of people that she said were present when she was attacked. None of the four even recalled the gathering taking place. Not one.

Republicans and reasonable Democrats should bring this circus to an end and confirm Kavanaugh.

Democrats of the Senate Judiciary Committee never cared about Ford. She was nothing more than a pawn in their political game of delay and obstruction.

If they cared about Ford, Sen. Dianne Feinstein could have honored Ford’s request for anonymity while beginning a confidential investigation. A senator who has spent 26 years in the U.S. Senate should have known that.  Feinstein did know that. She didn’t share the information because Ford was just an ace up their sleeve.

Yes, the Republicans used gamesmanship to avoid voting on Merrick Garland, but they didn’t smear his good name and character to accomplish that goal. And, it should be noted, they did so at great risk because almost everyone believed Hillary Clinton would win the election and get the pick as her first official appointment to the court.

For supporters of the Democratic party, the news isn’t good.

There are many good and reasonable Democrats of high integrity. The question is are there enough of them to wrestle the party away from the Feinsteins?

The Democrats are out of ideas or policies to move America forward. They are reduced to smear campaigns, slander, and digging for dirt through the high school yearbook of a 17-year-old.

It would be a low point for most political parties, but never underestimate how low the Democrats can go.