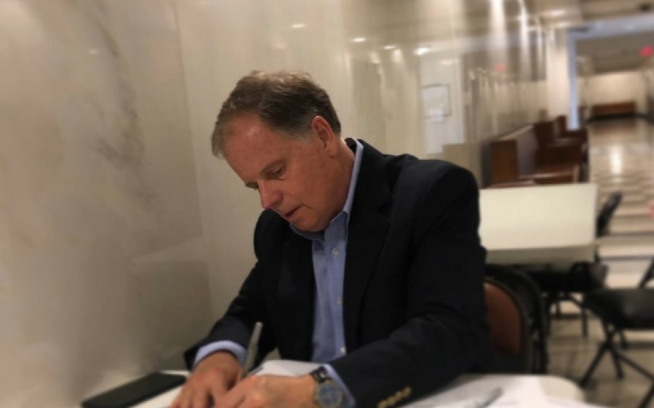 Sen. Doug Jones to vote no on Kavanaugh

WASHINGTON D.C. — Alabama junior Senator Doug Jones wasted little time making a decision on where he stands on the Brett Kavanaugh nomination to the Supreme Court.

Jones will vote no, according to a statement from his office.

“The Kavanaugh nomination process has been flawed from the beginning and incomplete at the end. Dr. Ford was credible and courageous and I am concerned about the message our vote will be sending to our sons and daughters, as well as victims of sexual assault,” Jones said in the statement. “I will be voting no.”

Jones won his seat after allegations of sexual misconduct were directed at his opponent, Roy Moore.

In the special election to fill the seat vacated by Attorney General Jeff Sessions, Jones took the narrow win after 20,000 write-in votes were cast by voters who chose not to vote for Moore or Jones.