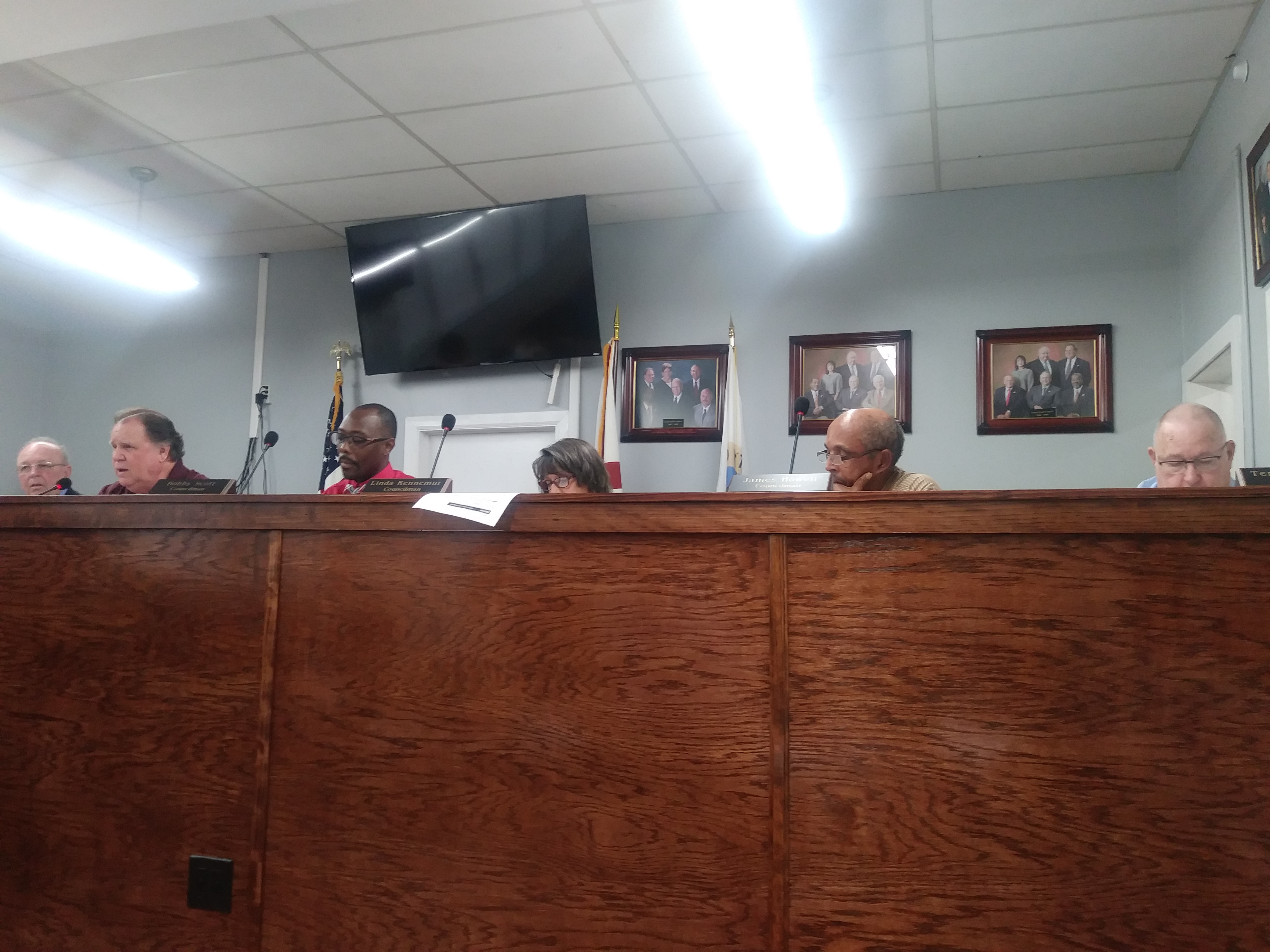 CENTER POINT — The Center Point City Council met on Thursday.  Council President Roger Barlow led the room in a call to order, invocation and a pledge of allegiance to the flag.  Afterwards, a roll call was performed, and once it was confirmed that a quorum had been achieved, the council proceeded with city business.

The public was invited to make comments and several members of the community stepped forward to address the council.

Center Point Fire Chief Donnie West was the first to speak.  He informed the council of the need to expand the size of the fire station.  They want to increase the size to accommodate extra personnel and equipment.  West estimates that costs for the improvements could cost between $175,000 to $180,000.  The council took the matter under advisement and will consider it further.

Next, the Council heard from Laura Tinsman.  Tinsman is an elementary school teacher.  She works in the self-contained special education department and was interested in procuring funds to be used for community-based instruction trips.  Specifically, these trips would likely be one to the McWayne Science Center, one to the Birmingham Zoo and one to a bowling alley.  These trips would be especially beneficial to her students as they have few opportunities to go to those locations, due to medical reasons or their need for therapy.  Tinsman explained, “As a teacher, I feel it is my duty to give them these opportunities, not just the opportunities to go there but the opportunities generalize what we are teaching them, their social skills, into a different environment.”  Tinsman also said, “We really want these kids to generalize these skills we’re teaching them in a public setting.

The total amount required was $2,268, the council unanimously passed an ordinance that provided the requested funds.

Next Tammy Fitts, of Center Point, addressed the council.  Fitts has special transportation needs and relies on the Max Transportation system to get to the places that she needs to go, and she is not alone.  As Fitts informed the council, “We use the service daily to go to doctors, dentists, shopping, dining and it really enriches our lives because we don’t have any other transportation and Max does that for us.” Max currently does not offer service later at night and offers no service on Saturday.  Fitts is hopeful that, eventually, services can be expanded and will include transportation on Saturdays.

Before the meeting was adjourned the mayor made several comments to the council.  He reminded everybody that Center Point was sponsoring a National Night out on Tuesday, that there was going to be a Breast Cancer Awareness Kickoff on Saturday and that a golf tournament will be held at Roebuck Golf Course on October 9.

The mayor also noted that renovation on the community center will begin on Monday and that the Center Point high school football team is on a streak, having won their last two games.