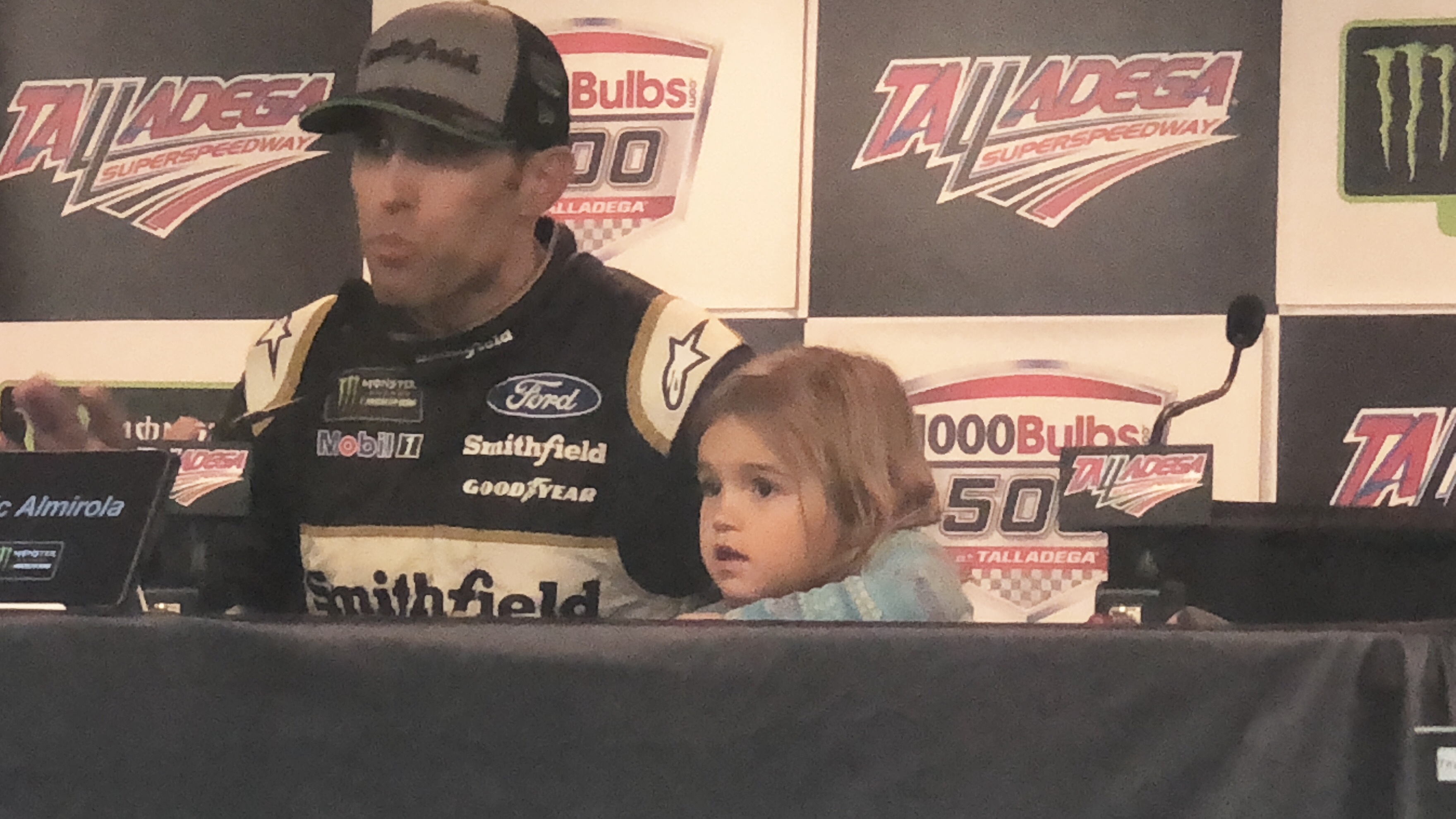 After a dominant race, Stewart-Haas Racing (SHR) teammates Kevin Harvick and Kurt Busch won stage one and stage two, and Bowyer and Almirola finished third and fourth in both stages the entire day.

With only three laps to go, the SHR cars pulled away from all the other thirty-six cars but a crash resulting in Alex Bowman spinning and wrecking called a caution from NASCAR causing the race to go into overtime.

On the lap to the restart, Kevin Harvick, who was running second at the time, ran out of fuel, which put Clint Bowyer in second place and Aric Almirola in third.

The Haas cars then pulled away like they have been doing the entire race, but Busch ran out of fuel off of turn four on the last lap, which leads to a one-two finish for SHR.

Aric Almirola finishes first to get his second career cup series victory. It has been 149 races since his first at Daytona in 2014. Bowyer finished in second.

With this ending at Talladega Superspeedway,  there are only six spots left in the round of eight. The other two spots are filled by Chase Elliott (who won last week) and Aric Almirola (who finished first today) leaving the hopes of a championship to Kansas for ten drivers.