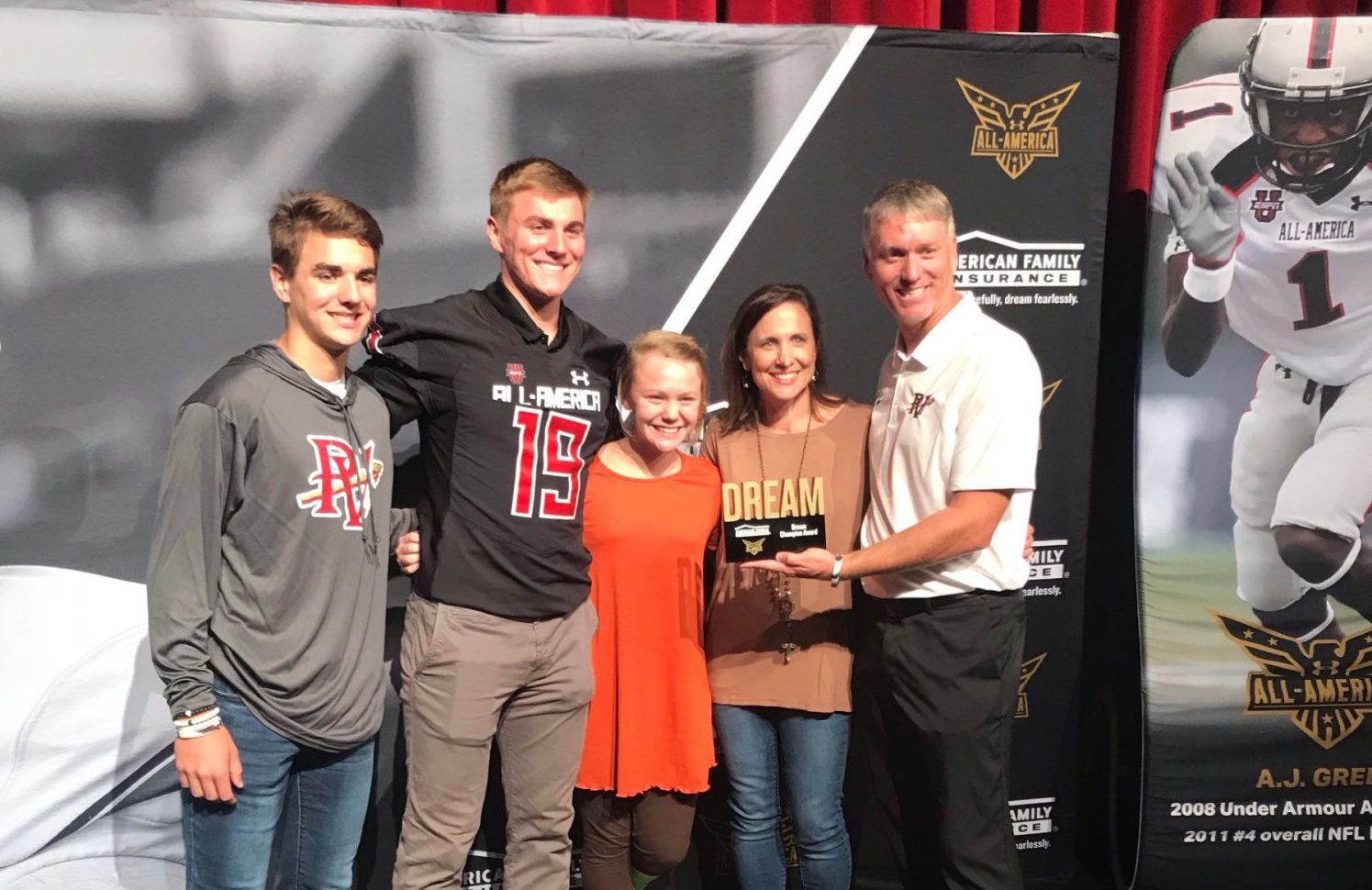 PINSON—In a packed auditorium filled with classmates, teammates, parents and media Bo Nix received his official jersey for the 2019 Under Armour All-American game. The celebration comes just days before the final regular season game of his career and the beginning of another playoff run for the Pinson Valley Indians.

The brief ceremony took place in the Pinson Valley High School auditorium where Nix’s family, Pinson Valley Head Coach and Bo’s father Patrick Nix, Pinson Valley faculty and cheerleaders joined Nix in the celebration as he was named to the Under Armour All-American game. Nix, who is set to graduate early and enroll at Auburn, took the stage and thanked everyone from his family and father, teammates, fans and even the band during the celebration.

Nix joins Oxford’s Clay Webb and Hewitt-Trussville’s Pierce Quick as the only three players named from the state of Alabama to be named to the Under Armour game so far this year. Nix is also just the second quarterback to be named to the team so far joined Texas commit Roschon Johnson from Port Neches, Texas.

Head coach and Nix’s father Patrick Nix also received an award as he was named the American Family Dream Champion Award recipient that is given to the person who is most influential in each players career and growth.

Speaking with Nix on this opportunity and what it means to him, Nix called the opportunity to play in this game a “Dream come true. My grandfather coached in this game back in 2008 and it’s the first all-star type game that I can remember watching growing up so it’s just always been a dream of mine to play in this game. When you look at some of the big name players who have played in the game, it’s a huge honor.” Speaking of some big time names that have played in this game, names like AJ Green, Julio Jones, Leonard Fournette, Amari Cooper and Jameis Winston are just a few. In fact, over 50 NFL first round drafts picks have been featured in the Under Armour All-American game.

One of the most surprising stats that hasn’t received a ton of attention given the fact that Nix reached 10,000 total yards in his career this year and continues to see offensive numbers is the fact that he has yet to be sacked this year. “What an accomplishment for my offensive line to be able to say that. Those guys do a phenomenal job up front for me and I know they are proud of that state. To be able to say that and know that we don’t give up sacks or turn the ball over because of sacks says a lot about them.”

When asked if this was icing on the cake for his career, Nix said not yet, “ To win another state title and to go back-to-back as state title winners would definitely be the icing on the cake as far as my high school career goes.” I also asked Bo, who spoke highly of his father Patrick multiple times, about what it meant for his father to get some recognition, “It nice to see him get that. He’s been great to me not only as a father but as someone who has helped shape my career and helped me become the player I am and to see him get recognized for that is really cool.”

The Under Armour All-American game will take place in Orlando, Florida at Camping World Stadium on January 3rd, 2019 and will be televised on ESPN 2.

Nix and the Indians will face Lee Huntsville on Friday at Pinson Valley and already know their first round opponent in Albertville as the playoffs begin next Friday night.