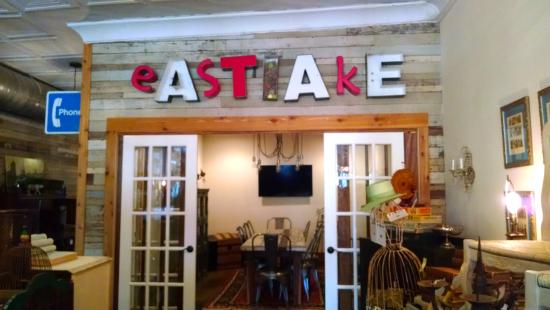 Owners announce the closing of the East 59 Vintage & Cafe

BIRMINGHAM  – Owners announced Monday, Nov. 11, that the East 59 Vintage & Café will close the café at the East Lake location on Nov. 18. Due to resolutions of building conditions with the building owner, a viable solution could not be reached.

Owners sent a press release stating their plans to closing.

”Though a difficult decision, we concluded it was the only way to remain true to the highest standard of quality. However, we will continue to offer catering services and honor previously booked events through the end of the year.”

During the three and a half years of operations in East Lake, the Café has served hand-crafted coffee and espresso drinks as well as breakfast, sandwiches, and salads to over 65,000 customers. The shop has also served as a venue for many parties, showers, rehearsal dinners, wedding receptions, and corporate gatherings.

The concept of East 59 was introduced during a weeklong pop-up shop as part of the October 2013 REVIVE Birmingham event, sponsored by REV Birmingham. During an extensive renovation of two formerly vacant shop spaces, the “Welcome to EAST LAKE” mural was designed and painted on the exterior of the building by East 59 staff. This later led to the creation of a courtyard in the space adjacent to the mural, by a group that included REV Birmingham, East Lake Initiative, local churches, and neighborhood volunteers.

The establishment was opened in March 2015 by the Tolbert, Glenn and Bates families, seeking to establish a community-focused café and retail establishment in the East Lake community’s commercial district. The early success of this location lead to the opening of an additional café location at the Hoover Public Library in January 2017.

”It has been our great privilege to serve this community and we appreciate each and every customer that gave us an opportunity to serve. You all embraced us with open arms and we will always cherish the relationships and memories we’ve created together. For this and so much more, we thank you.”

”Moving forward, we are actively pursuing opportunities for relocation in the Birmingham area and are hopeful to be able to announce a new location soon.”