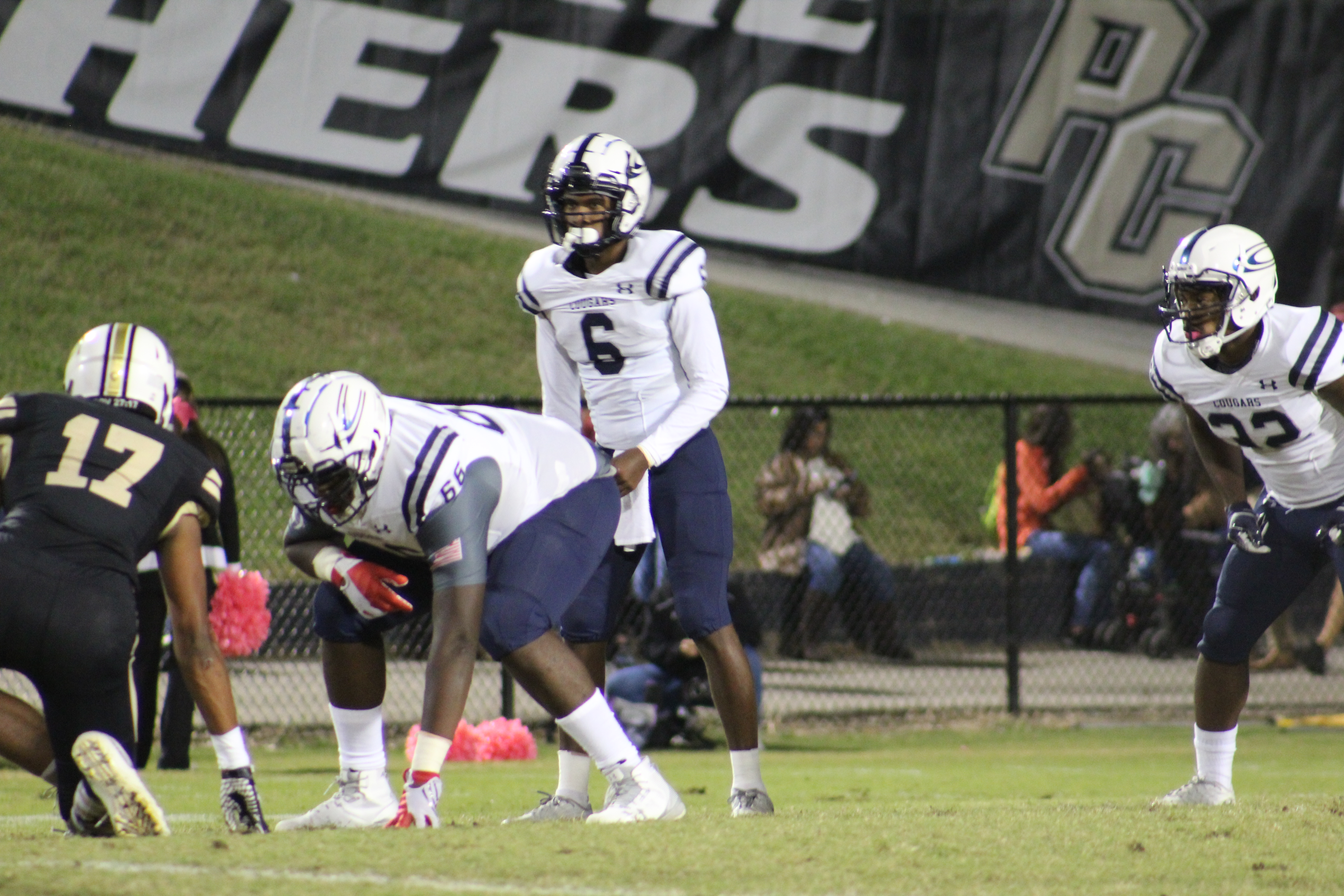 HARTSELLE, Ala. –  Third-ranked Clay-Chalkville High School has advanced to the Class 6A Quarterfinals for the fourth time in five seasons after defeating previously unbeaten and fourth-ranked Hartselle, 41-7, Nov. 16 on a muddy field at J.P. Cain Stadium.

“We’re proud of our guys. It was one of those tough, physical football games. We thought they did a good job,” said CCHS Head Coach Drew Gilmer. “In a game like that you don’t feel comfortable until it’s over. Our guys did a good job with protecting the football. We were able to move it and play on a shorter field.”

Both teams were scoreless in the first quarter, but Clay-Chalkville put up 21 points in the second stanza to pull away from the Tigers (11-1). Willie Miller was the first to find the end zone from 8 yards out, and then Leroy King returned an interception 61 yards to make it 14-0 with 4:39 to play in the quarter.

“You don’t have a lot of big plays in these type of games, and that was a big play,” Gilmer said. “It created a lot of momentum for our team, and we just kind of fed off of it. It was definitely a big spark for us.”

The Cougars returned the opening kickoff to the Hartselle 34 and ate up three minutes of clock to start the second half on a drive capped by a 2-yard touchdown by D.J. Dale. and then added a late third-quarter score by Damione Ward from the 1.

Clay-Chalkville held Hartselle scoreless until the final two minutes. Hartselle senior Luke Godsey broke a 49-yard run to put the Tigers on the board, 35-7 with 1:54 to play.