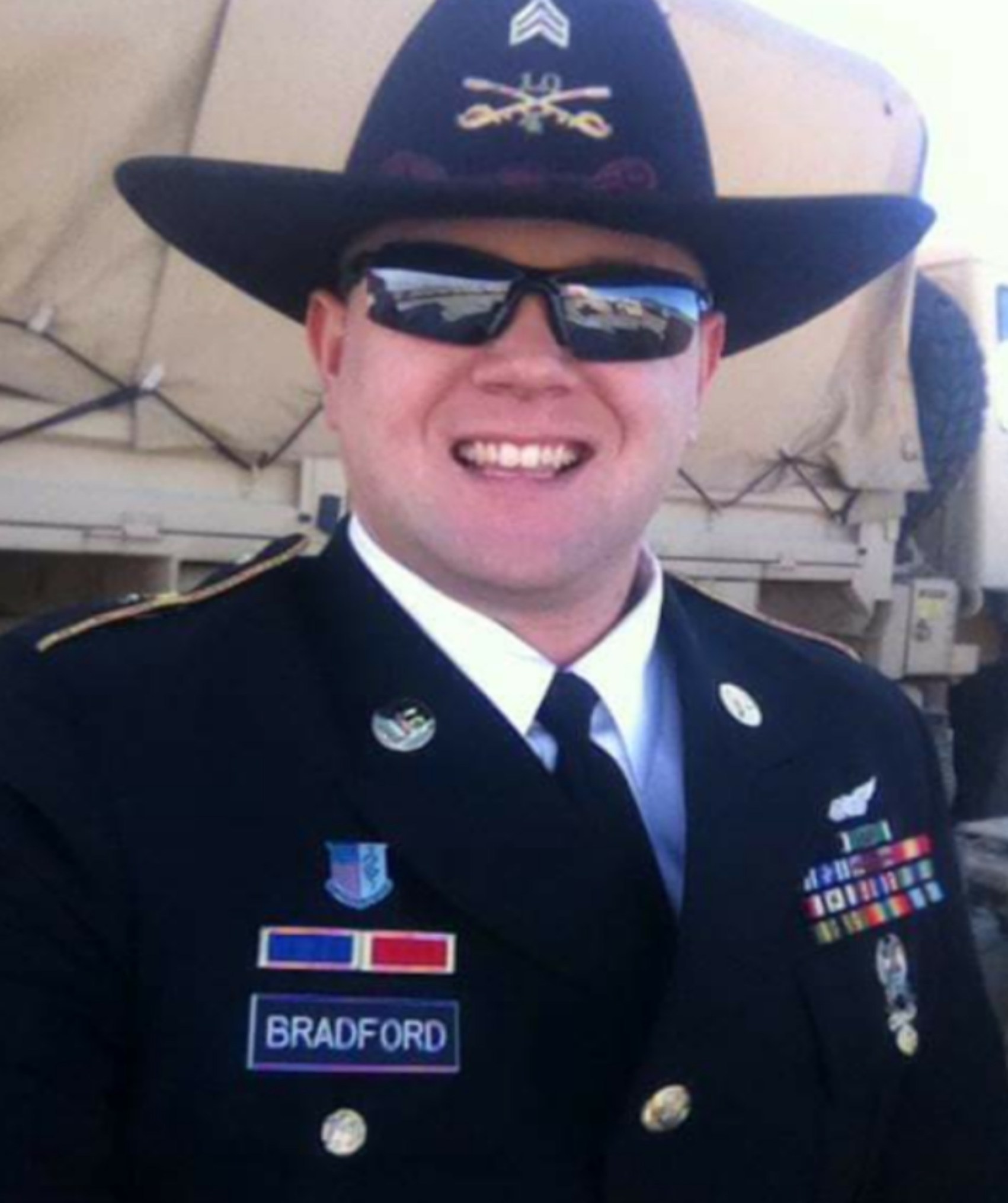 Michael Allen Bradford, from Birmingham, Alabama, was born on Sept. 23, 1986. Sgt. Bradford enlisted in the United States Army in July 2005. His brother, Rusty, who Bradford looked up to and wanted to be like, recruited him into the military.

Bradford served in the army for 12 years. He retired medically after multiple surgeries when he returned from a deployment to Iraq. Bradford retired as Staff Sergeant from the U.S. Army. While in service, he visited seven countries.

“When I put on the uniform, I had a sense of pride that I was fighting for a reason,” Bradford said. “I had a purpose.”

In the army, Bradford’s job was combat medic. He had a sense of accomplishment by helping and saving lives. Bradford received many combat patches, coins and medals for his achievements.

Bradford said “Korea was one of (his) favorite countries, with its unique raw seafood of eel and octopus, better known as sushi in the states.” Bradford told of a beef called “bulgogi” that the Koreans would season and cook for a week, and rice; he ate lots of rice.

Bradford explained how the military changed him as a person. He took more responsibility for his actions, he became an adult and had a sense to always do the right thing.
Bradford’s wife, Brittany, was left behind during his deployments. She described how hard it was being a military wife; how it was like a “separating of the souls and a part of you wasn’t there.”

Brittany spoke of a Hardship Tour where she could only communicate with Bradford daily, and then of his deployment to Jordan, where they could use Facebook almost everyday. She said Iraq was the hardest by far, due to the fact they could only write letters and he was only able to call once a week for a few minutes.

Brittany described how overwhelming it was to handle everything from groceries, housework, constant moving and raising a child on your own. Their son, Devon, was born while Bradford was deployed.

Brittany’s advice as a military wife was to take advantage of the support groups, surround yourself with positive people/family, and communicate with them daily. Brittany spoke of hobbies such as hiking and gardening that got her through the down times.  Through all the constant packing and moving, Bradford and Brittany made friendships and bonds that would last a lifetime. Bradford takes away from the army the skills of saving lives and experiences he won’t ever forget, and as a family, living in Colorado now, a boy named Devon Bradford has his daddy home.