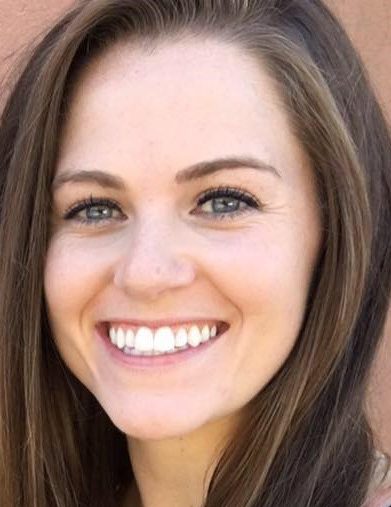 “The easiest way to help people become healthier is to provide a space to be active and have fun,” Lyons said.

Lyons also noted that the younger people are when starting an active lifestyle, the more likely they are to stick with it.

“For example, I want to put a piece of playground equipment at the softball and baseball fields,” she said. “I appreciate that there are other opportunities to improve the field conditions, which we’re also working on. But little kids have limited attention spans. Rather than them sitting there drinking soda and eating candy while their brothers and sisters play, they can go climb, slide, swing and make friends.”

She also believes that the life skills gained in organized activities are essential for healthy development.

“When I think about my job and how important things are like teamwork, and leadership and working with people that are different than you — a lot of that is learned in school, but it is also reinforced when you’re playing sports, or in band, or whatever it is,” Lyons said. “As you grow up, you’re going to realize you were learning a lot of the skills you need outside of school. Rec sports is just another avenue for kids to be involved in something that’s going to shape them for the better.”

Providing approachable access for all children to develop these skills is a key component of Lyons’ approach to recreational sports.

“Once recreation leagues get too competitive, you turn away a lot of kids that want to play,” she said. “The new players want to be part of something and have fun. But if they don’t get playing time because they can’t catch a ball yet, they won’t have a good experience. I want more kids to feel like, even if they’ve never picked up a ball, they can come play in the fifth grade or the sixth grade. It’s not something you need to have done since kindergarten.”

Maturing community members are not overlooked by Lyons, as evidenced by the recent installment of a pickleball court at Big Springs Park. The role of the parks and recreation admin also includes supporting initiatives of Senior Center Co-Directors Carrie Denton and Brenda Weimer.

“Carrie and Brenda are offering programs that appeal to a wider range of interests,” Lyons said. “Ceramics has been really popular and line dancing was moved to the VFW because they needed more space. I’ve only helped to add structure in place like registration at events and waivers.”

When the city announced that an employee would be hired to provide administrative support to recreational sports and park development initiatives, various interpretations of the structure circulated through town.

“Rather than believing all of the things I’d heard, I just decided to call Ashley,” Hale said. “She was very nice, answered all of my questions, and reassured me that no changes would be made that would hurt the program.”

“I really appreciate when people contact me directly to clarify something,” Lyons said. “I’m here to provide the best possible experience for the kids, but also to be a streamlined source of information.”

Mayor William Isley expressed appreciation for streamlined support and communication for the various programs when he said,  “As an intercessor between city officials and various sports organizations, Ashley has enabled the city council and me to better understand and respond to the suggestions of players, parents and others involved.”