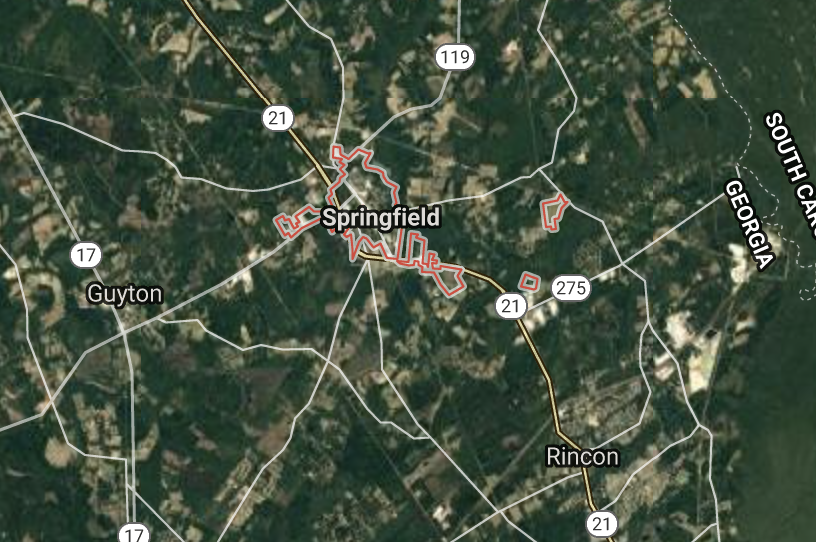 SPRINGFIELD, Ga. — The Effingham Sheriff’s Office has released mugshots of three suspects involved in the case of two teens found buried in a Walmart Santa’s front yard in Springfield, Georgia.

The children’s father, 49-year-old Elwyn Crocker, the children’s stepmother, 33-year-old Candice Crocker, and their step-grandmother, 50-year-old Kim Wright, have each been charged with concealing the death of another and cruelty to children in the first degree. Another suspect, the step-grandmother’s boyfriend Roy Anthony Pratter, was arrested on Dec. 21.

According to a Facebook post by the Effingham County Sheriff’s Office, they received a tip at approximately 10 p.m. on Dec. 21 about 14-year-old Mary Crocker, who was “feared dead.”

When officers questioned the Crocker family members, they told officers that the teen had gone to live with her mother.

Deputies did not believe the story due to conflicting information from each family member.

Deputies interviewed the teen’s father, who recently played Santa at a Georgia Walmart, according to ABC33/40. His interview led to a search on the land around the home, where two bodies were discovered.

Although an autopsy is needed to make an official identification, deputies believe the bodies are those of Mary (missing since October) and her brother, 14-year-old Elwyn Crocker Jr., who has not been seen since November 2016. There has not been an official missing report filed for either child.

During the search, another child was discovered and is at a hospital in Georgia for further observation.

The sheriff’s office is still investigating.