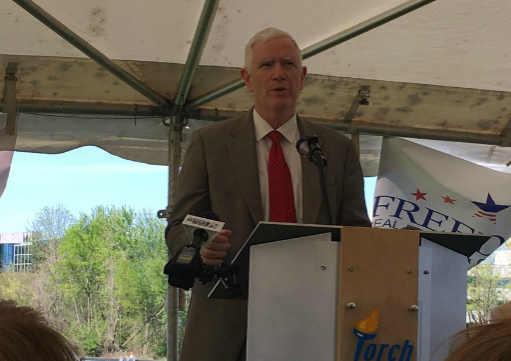 WASHINGTON D.C. — On Wednesday, U.S. Congressman Mo Brooks of Alabama ripped Speaker of the House Nancy Pelosi’s decision to withdraw the invitation for President Donald Trump to deliver the State of the Union address from the House chamber.

“Speaker Nancy Pelosi’s first-time-in-history cancellation of a president’s State of the Union address shows how radical and hyper-partisan the Democrats have become and undermines bipartisanship at a time America needs it the most,” Brooks said. “This unprecedented attempt to muffle the President may appease the radical, Socialist base of the Democrat Party, but it hurts America and symbolizes how dysfunctional a Socialist Democrat House of Representatives has made Washington.”

Last week, Brooks was one of 29 U.S. representatives that urged Vice President Mike Pence and Senate Majority Leader Mitch McConnell to invite Trump to deliver the address in the Senate chamber. On Wednesday, Brooks said if the Senate wasn’t available, the president should deliver the address from a border state.

“I urge President Trump to deliver his State of the Union address in a state that borders Mexico as that symbolism will help President Trump communicate to the American people about Democrat efforts to protect illegal aliens and promote open borders no matter how many dead Americans result from Democrat obstructionism, and no matter how long the resulting partial government shutdown may last,” Brooks said.