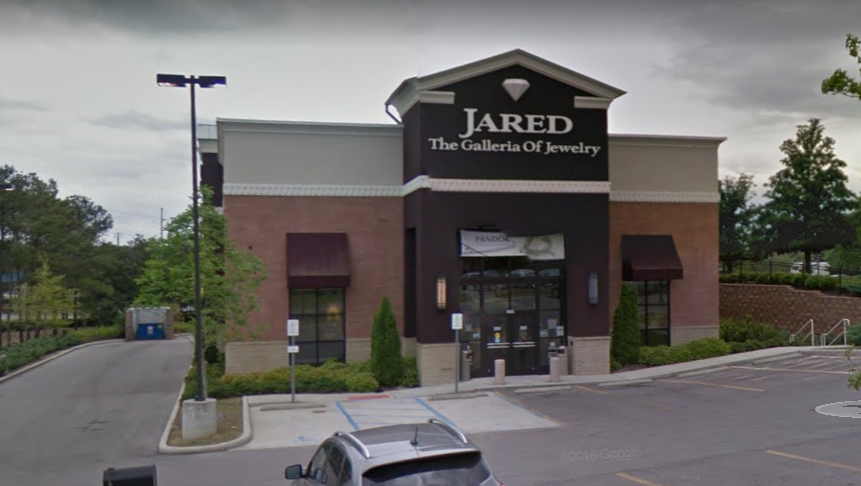 A masked man entered the store just before 7 p.m., struck a display case with a sledgehammer and announced, “This is a robbery,” Hoover Police Lt. Keith Czeskleba said.

Two more masked men with sledgehammers then entered the store and participated in the robbery. The three men fled in a dark colored car with an unknown amount of jewelry, according Czeskleba.

Anyone who may have information regarding this case is asked to contact Detective Brad Fountain at 205-444-7562. If you wish to remain anonymous and qualify for a cash reward, you may contact Crime Stoppers of Metro Alabama at 205-254-7777.

The heist follows two similar robberies of Jared jewelry stores in Chattanooga, Tennessee, and Aurora, Illinois, in February of this year and December of 2018, respectively. In both of those incidents, three men used smash and grab tactics in the robberies.