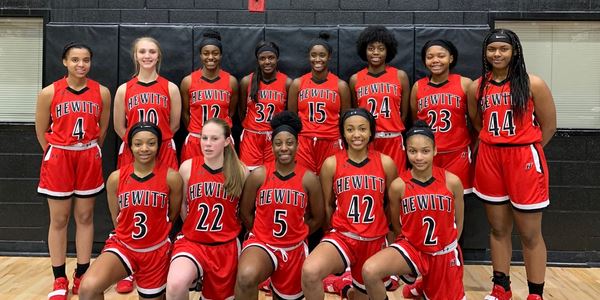 TRUSSVILLE — When the Hewitt-Trussville girls basketball team faces off against the Hoover Bucs at 4 p.m. on Saturday, they won’t be doing so alone.  Standing behind the Lady Huskies, and cheering from the bleachers, will be HT baseball, softball and soccer — because the Huskies are a family, and just because you don’t play the same sport does not mean that you aren’t on the same team.

Girls soccer was scheduled to play a road game at McGill-Toolen on Saturday, however they cancelled the trip so they could support HT basketball.

“This is a great opportunity for the community and hopefully we’ll make history,” said girls soccer coach Nick Holt. “Tonya Hunter is an awesome coach and even a better person off the court.  We really wanted to be there for them.”

Similarly, softball was scheduled to play a tournament in Wallace-Hanceville this weekend. Coach Taylor Burt told them her team would be leaving before bracket play so they could go and support HT basketball.

“My girls (and I) wanted to support them, so we just made it fit with our schedule,” Burt said. “It was just something that we felt we could do to support the basketball team and we wanted to do it because they deserve it.”

It was the same with baseball.  The team was scheduled to play a double header against Hazel Green at 1:30 p.m. and 4 p.m.  They cancelled the games so they could support HT basketball.

“We were at the game on Thursday when they played Auburn and as soon as they won, I started thinking, ‘how in the world can I get our team to the championship game,’” said HT baseball coach Jeff Mauldin. “It was an easy, but it was a hard decision.  We’re in the middle of our season trying to play games, but have had such horrible weather that we’ve missed some games, so that was kind of a hard decision to cancel two more games.  But it was an easy decision in that me and Tonya Hunter are good friends.  We teach together, we bounce things off of each other…we help each other as coaches.”

“What the girls are doing right now is history,” Mauldin said.  “This is the first time in school history that the basketball team has gone to the final four (and the state championship), we’re not going to miss it.”

Mauldin also mentioned how accommodating the team they were scheduled to play was.

“I’d be remiss not to mention that Hazel Green, we were going to Hazel Green to play, was very understanding…they were great, they understood.  Coach Perez was awesome as far as understanding our situation in just wanting to support our girls basketball.”

This level of support and commitment is not particular or peculiar to this event.  It is at the core of what it means to be a Hewitt-Trussville Husky.

“At Hewitt-Trussville, we talk about being a family and supporting each other,” said Athletic Director Lance Walker. “Our coaches and students do a great job in this area. This weekend is just the latest example. Our girls basketball team has made history by advancing to the state championship game for the first time in school history. Our head coaches recognize how special this is and have re-arranged their own schedules so they can support the girls in the title game. It shows how we operate as a team and are always there for each other. I often observe our coaches working together, sharing ideas, and congratulating each other. This is one of the reasons that Trussville is a special place.”