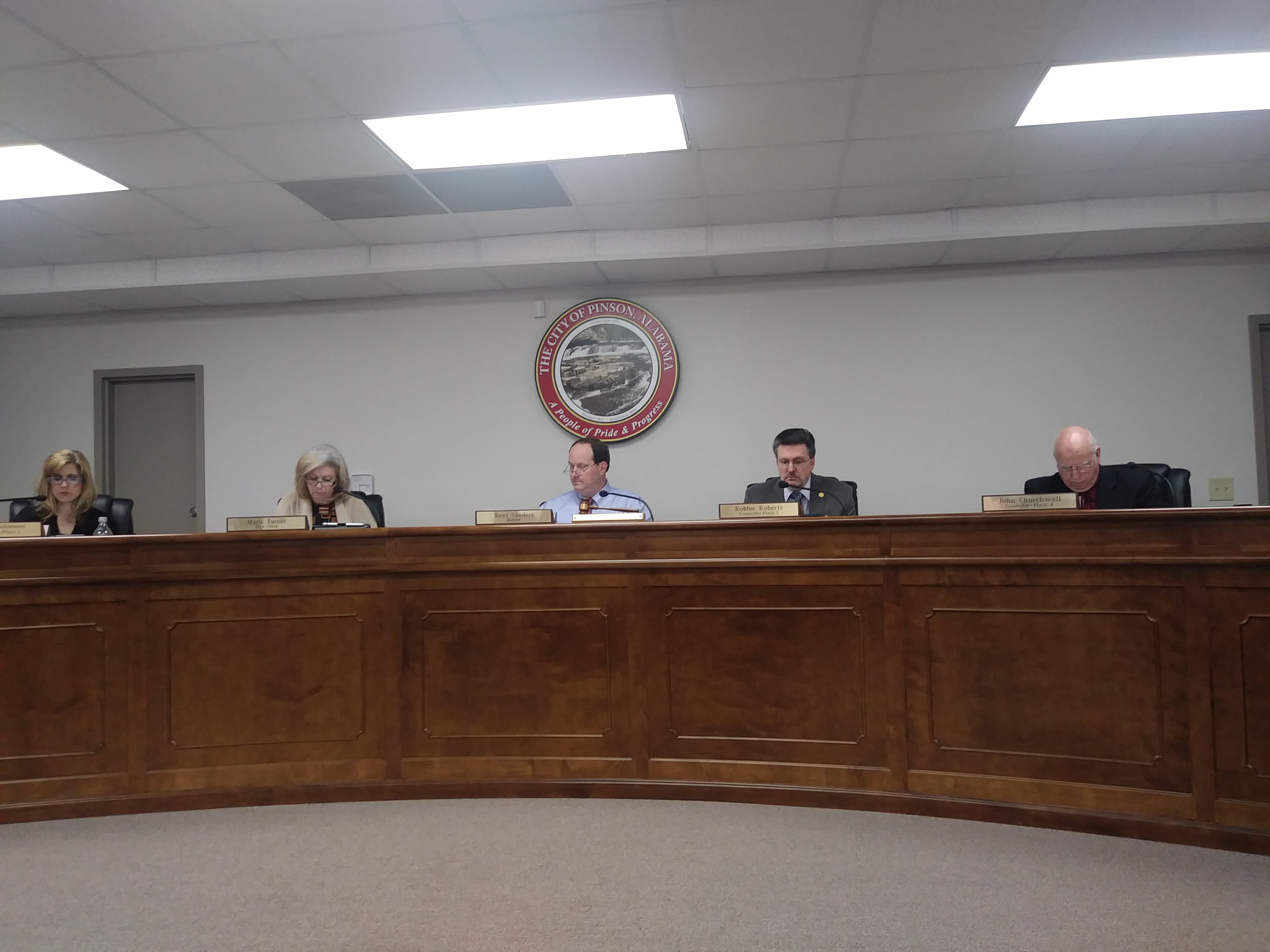 FEMA recently updated its flood plane management ordinance, and all jurisdictions are required to adopt and enforce the update if they are to remain in the flood plane insurance program. Sanders opened the floor to public discussion and comment on the matter of the new update and on the possibility of the council taking a vote to adopt the update. There was no comment or discussion from the public on the matter. The council voted to consider the update. After a brief discussion, the council voted unanimously to adopt the FEMA update.

The council considered a resolution for Sylvia McClain to be appointed to replace Patrick Coleman on Pinson’s Library Board for a full term, to expire on March 31, 2023. Coleman had decided to retire when his term expired at the end of March. McClain is a retired educator who taught third, fourth and fifth grade in the city of Birmingham. McClain also worked in the Birmingham Library as a library assistant. McClain has been a resident of Pinson for 15 years. Roberts made a resolution to appoint McClain to the position.

“I’d just like to say that I’ve worked very closely with Sylvia over these years,” said Councilman John Churchwell. “I became real good friends with her. She’s very qualified and we’re just glad to have her accept this position. Thank you.”

The council approved of the resolution unanimously.

In other news, the council considered upgrading the sound system at the Pinson Valley High School stadium. The new sound system would benefit the football team, the soccer team, graduation and band competitions. The old sound system would be repurposed and donated to the baseball team. The cost would run at approximately $3,500 and the work would be performed over the summer break. The council will give further consideration to the upgrades at a later date.