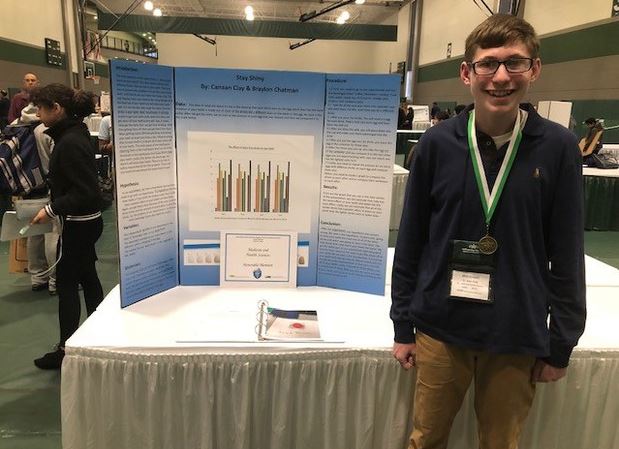 BIRMINGHAM — When the Central Alabama Regional Science Fair was held at UAB on March 2, Hewitt-Trussville Middle School was well represented.

Two HTMS students place in the Medicine and Health Science division. Canaan Clay and Braylon Chatman finished fourth out of 16 with their project titled “Stay Shiny.” Their experiment was about various drinks leaving stains on our teeth. 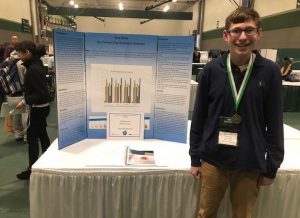 Sophia Li and Jordan Posada won (out of 16 experiments) the Medicine and Health Science division. Their experiment was titled “Are Fingerprints Inherited?” Li and Posada were invited to attend the ASEF (Alabama Science and Engineering Fair), which will take place in Huntsville from April 4 through April 5.