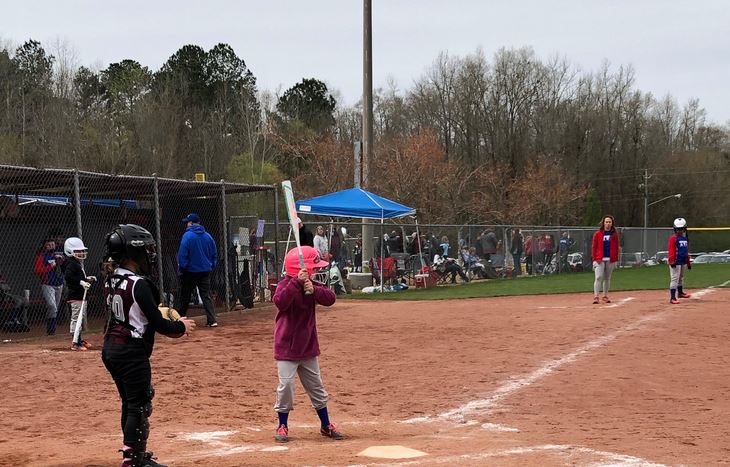 TRUSSVILLE — It hardly felt like spring at the ballpark when the Trussville Girls Softball Association held their opening ceremonies on Saturday. Parents and kids where bundled up in jackets, hats, mufflers and even blankets. Those that did not have gloves stuffed hands deep in pockets and gave up an involuntary shudder every time the wind passed around, and sometimes through, them. Not even the cold, however, could dampen the spirits of those in attendance.

“We are looking forward to a fun and exciting 2019 softball season at Trussville softball,” said Benton. “Opening day was a huge success and the park was full for all the festivities and games.” 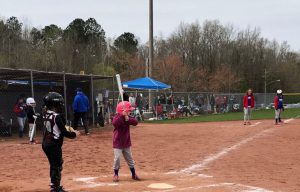 Ceremonies included a prayer by Church of the Highlands Student Director Bubba Massey, the parade of teams, and a stirring performance of the National Anthem by Cahaba Elementary Shine Choir.  Jay Jones, the founder of Cleats, delivered the first pitch of the season.

The day also delivered plenty of festivities for parents, siblings and players that were in between games.  There was face painting, glitter tattoos, fifty-cent hotdogs, fifty-cent popcorn and even a station where players could get their helmets airbrushed.

The real attraction, of course, was the games.  The girls played their hearts out.  There may have been a chill in the air, but the TGSA players brought the heat.