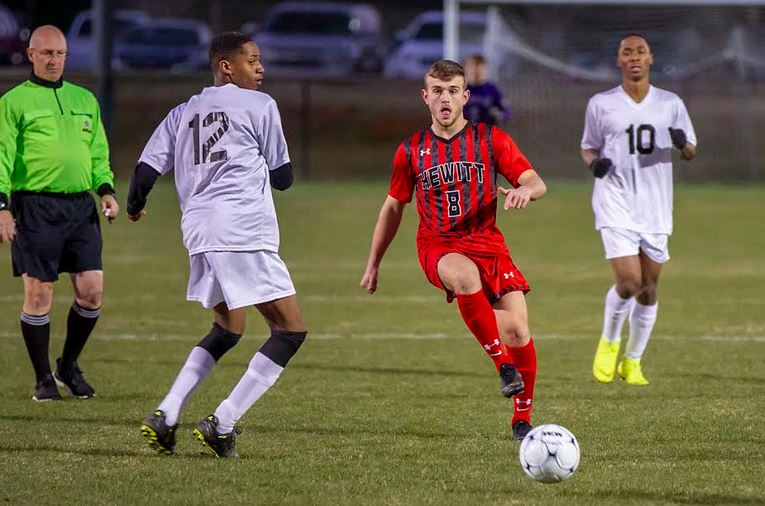 TRUSSVILLE — Soccer is a sport of strategy, skill, endurance and heart. One of the local student-athletes that best embodies these characteristics, and brings an ample supply of these qualities to every game, is Hewitt-Trussville senior Eric Besse.

“Eric has been playing with me since his sophomore season,” said HT varsity soccer head coach Nick Holt. “So, this will be year three for us collaborating together.

“Eric has excelled both in the high school game as well as the club game. He competes for Alabama FC ECNL boys, as well. He is such a competitor, and I love that about him.” 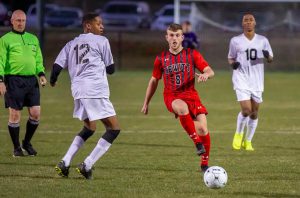 Besse is part of a team, and as all leaders invariably do, he puts the needs of the team first, draws confidence from his peers and inspires the up-and-coming.

“Eric is loved by his teammates,” said Holt. “Most importantly, they respect him, and a lot of our younger kids look up to him. Whether it’s training or a game, I can trust Eric to relay our philosophy and what I want for the program to our kids. He’s grown into a phenomenal leader.”

Besse is versatile on the field and can perform well at almost any position. However, he is especially useful to Husky varsity soccer playing on the flank.

“Eric has a skill set to play pretty much anywhere on the field,” said Holt. “Primarily for us, he plays on the flank, and he has the pace and technical skills to be really dangerous for us in the attacking third. Whether it’s his delivery and serves for us from wide areas or his ability to take players on and score goals, he is a great target player for us and many times struggle defending against him. He can beat you with his pace, his skills and most importantly, he reads the game so well. He (is) always a step ahead of his opponents.”

After high school ends, Besse will continue in his career as a student-athlete at Auburn Montgomery.

“He has received a scholarship to play at Auburn Montgomery,” said Holt. “I believe he will make an immediate impact. I am not their coach, but I can see him being a phenomenal outside back for the Warhawks.”

For Holt, the end of the year is bittersweet. He will miss Besse as a player and as a person. He will also be overjoyed for the steps this young man is taking into the wider world.

“We don’t always see eye-to-eye, but I know if I want something done, I can count on him,” Holt said. “He has developed into a fantastic leader. I challenged him before preseason last year to not only be a leader during games but during training sessions, weightlifting, fitness, film, the classroom, etc., and I think he has done a great job. What I love about him is the passion he has for the game and how he not only wants to succeed, but he wants the entire team to succeed. I’m very proud of Eric and will miss him tremendously, but excited to see what is in store for him at the collegiate level.”