GARDENDALE — A Vestavia Hills police officer was shot on Thursday, May 2, 2019, and later died.

Gardendale Police received a call to Woodbrook Drive at 10:47 p.m. When officers arrived on the scene at Woodbrook Apartments at 10:52 p.m., they found a man suffering from a gunshot wound. Gardendale Fire and Rescue took the victim to UAB where he was pronounced dead on the morning of Friday, May 3, 2019. The victim was identified as 42-year-old Andrew Wade Kimbrel. 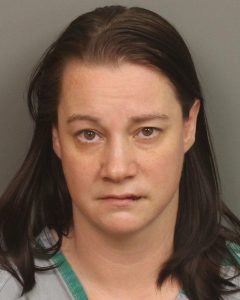 Stephanie Nicole Keller, 43, was arrested and charged with murder. She is being held in the Jefferson County Jail on a $100,000 bond.

Investigators believe the shooting was domestic in nature.