Posted By: Trussville Tribune staffon: May 06, 2019In: Metro/State/Nation
Print Email

JACKSON COUNTY – A trail has derailed in the town of Woodville and emergency workers are on the scene of the accident.

According to the Jackson County EMA, public safety agencies are at the location of the derailment.

Authorities said that the train was carrying coal at the time of the incident. 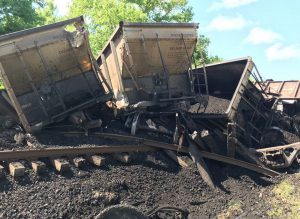 The derailment of the train in the town of Woodville does not pose a threat to residents but people are being asked to avoid the area, according to the Jackson County EMA.