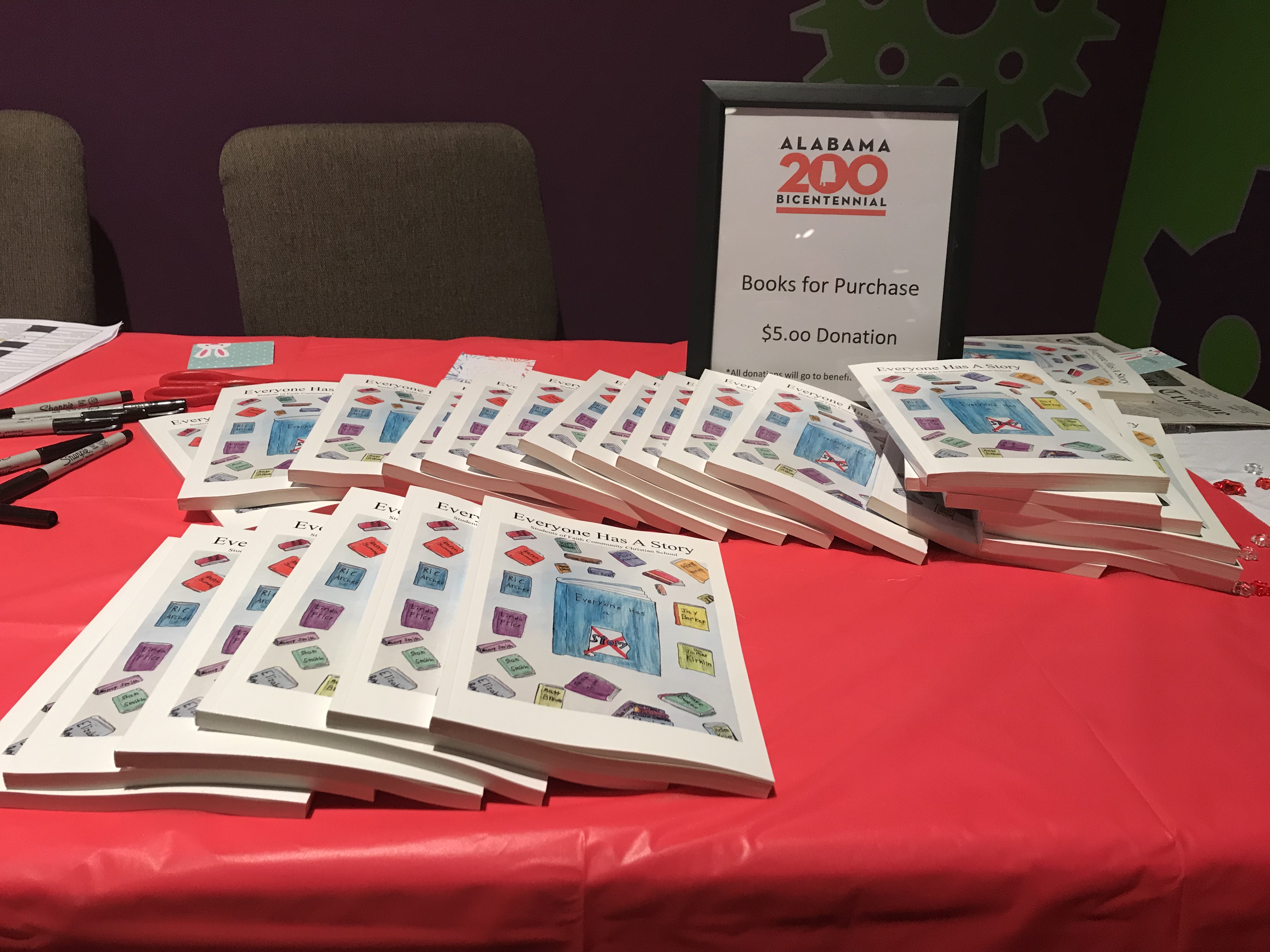 TRUSSVILLE — In December 2017, Governor Kay Ivey launched the Alabama Bicentennial Schools Initiative in honor of the state of Alabama’s 200th birthday, selecting 200 Alabama schools to receive $2,000 grants for a yearlong project celebrating the state’s history and achievements throughout the 2018-2019 school year. Among the schools chosen were five homeschool groups. One of the five homeschool groups selected for the honor was Trussville’s own Faith Community Christian School.

Throughout the school year, 45 students from FCCS, ranging from K5 through 12th grade, spent a combined total of approximately 2,200 hours writing and designing a book, which was published and released at a book launch party on Thursday, May 8, 2019. Two FCCS parents also contributed stories to the book.

“It was just important for us to make sure we had this relationship with all the types of schools (private, public and homeschools) and reach as many kids as we possibly can,” Alabama Bicentennial Commission representative Joyia Pittman said. “The whole point is to have a community-based project that connects your school to the community in some way, to celebrate the bicentennial, to celebrate Alabama history, to celebrate your community. So that’s pretty much the gist of the program and what (FCCS) did here was all of it combined. They did a great job.”

The book, titled “Everyone Has A Story,” features 75 stories about the people of Alabama, with chapters on Historical Alabamians, Notable Alabamians and Local Unsung Heroes. 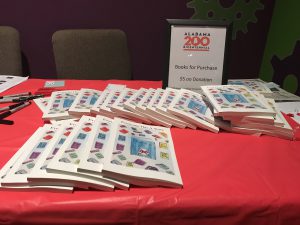 “We’ve spent the last school year totally ensconced in the Bicentennial celebration with our students,” said FCCS mom Esther Glenn, who applied the group for the Alabama Bicentennial Schools Initiative and guided the project every step of the way. “Our parents taught an Alabama themed co-op, our group participated in field trips all over the area learning about Alabama, our students in drama class performed an adaptation of the play ‘To Kill A Mockingbird,’ written by our own FCCS parent, Melissa Nunnally. The book project committee had many meetings, organized and planned out the year and the project.”

During the school year, the middle and high school students took a journalism class where they learned how to choose a subject, prepare for and conduct interviews, and write news and feature stories in AP Style. Throughout the last year, their stories have been published in The Trussville Tribune.

The elementary students learned how to write short biographies and were allowed to choose from a list of historical and influential Alabamians, or propose someone of their own choosing to write about.

At the end of the 2018 fall semester, many of the students participated in a “living wax museum,” where the students dressed up as wax figures of the person they wrote about and memorized facts about that person to share with guests at the event.

“We’ve watched our students uncover the fascinating history of our state and learn about Alabamians who long ago changed the world,” Glenn said. “We’ve encouraged our students to look for the people around them who are making a difference today in our community and state. And more than anything, we’ve watched as our students embraced this project wholeheartedly and became reporters, writers, researchers, and biographers.” 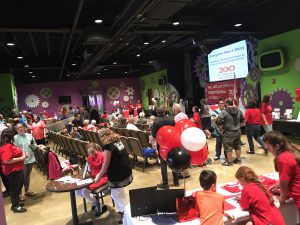 More than 100 people were in attendance at the “Everyone Has A Story” book launch.

During the book launch event, FCCS administrator Melissa Jordan presented copies of the book to each of the students who participated in the project. Additionally, those students who wrote about Alabamians who are still living were given the opportunity to invite the people they wrote about to the event and present them with a copy of the book.

Senior Angela Traylor, who wrote 12 stories for the book, was not able to be in attendance because her archery team was competing at nationals, so she asked her cousin, ninth-grader Joy Robertson, to present her sources with their books.

“(Traylor) not only wrote 12 stories, but she did that her senior year of high school, and I can tell you, I know personally, that that is one busy young lady,” Jordan said. “She did not just quickly, without thought, write stories just to put more stories in here. She really put time and love into those stories.” 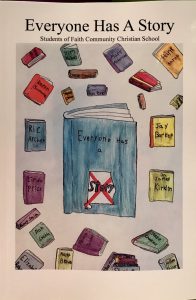 Robertson, who wrote five stories, also designed the cover of the book, having won a cover art contest, which several FCCS students participated in. The other contest submissions are represented on the back of the book.

“Our students did a really fine job,” Jordan said. “We’re proud of all of them.” 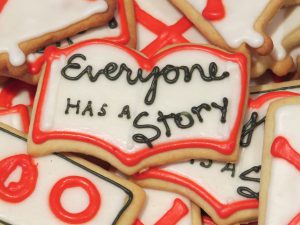 FCCS will be donating a copy of “Everyone Has A Story” to the Trussville, Clay, Pinson and Odenville public libraries. Anyone else who would like a copy of the book can receive one by making a $5 donation; all proceeds will be donated to the Clay Public Library. To make a donation, email Melissa Jordan at melissa@fccstrussville.com or Esther Glenn at eglennrn@gmail.com. 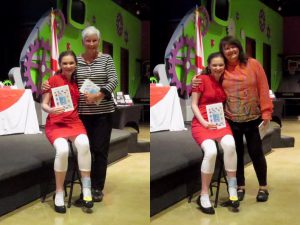 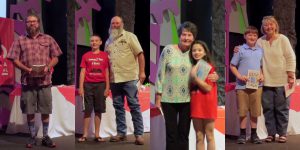 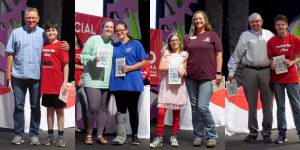 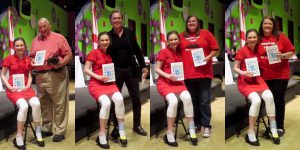