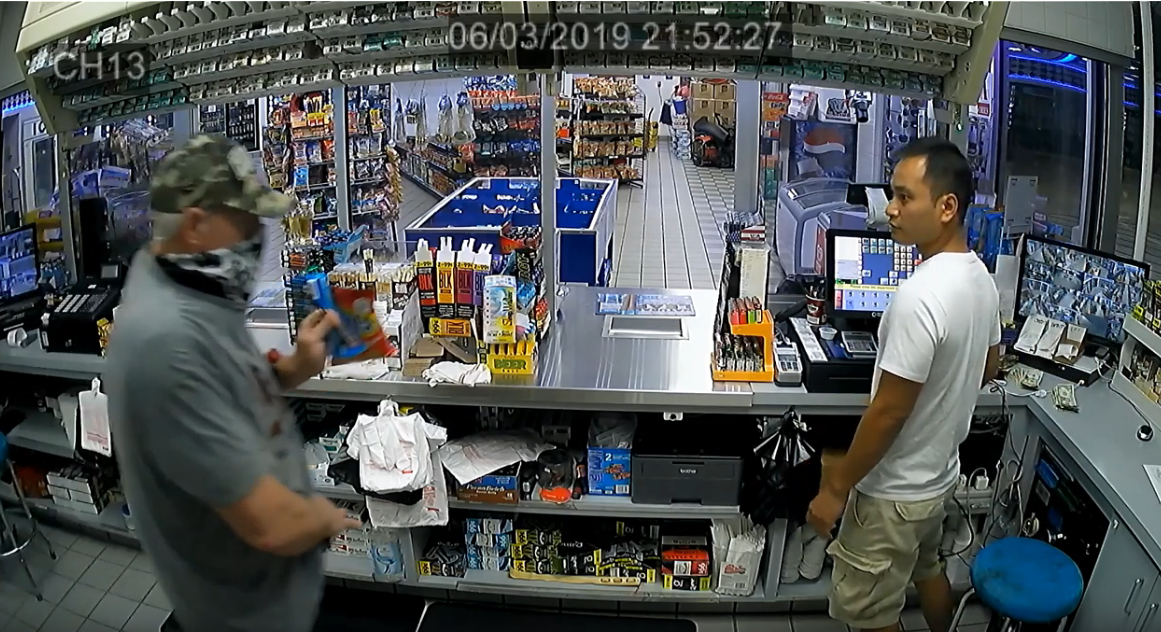 BIRMINGHAM — The Birmingham Police Department released video of an attempted robbery that happened on Monday, June 3, 2019, at the Chevron gas station at 490 Forestdale Blvd.

Detectives said a man approached a store clerk at 9:51 p.m. The man came behind the counter with a handgun and demanded money. The clerk immediately lunged towards the would-be robber. The clerk took the firearm from the man and chased him outside. After a struggle in front of the man’s gold Buick, the man managed to get inside the car and drive off, but not before the clerk busted out a headlight.

The four videos below were provided by the Birmingham Police Department.