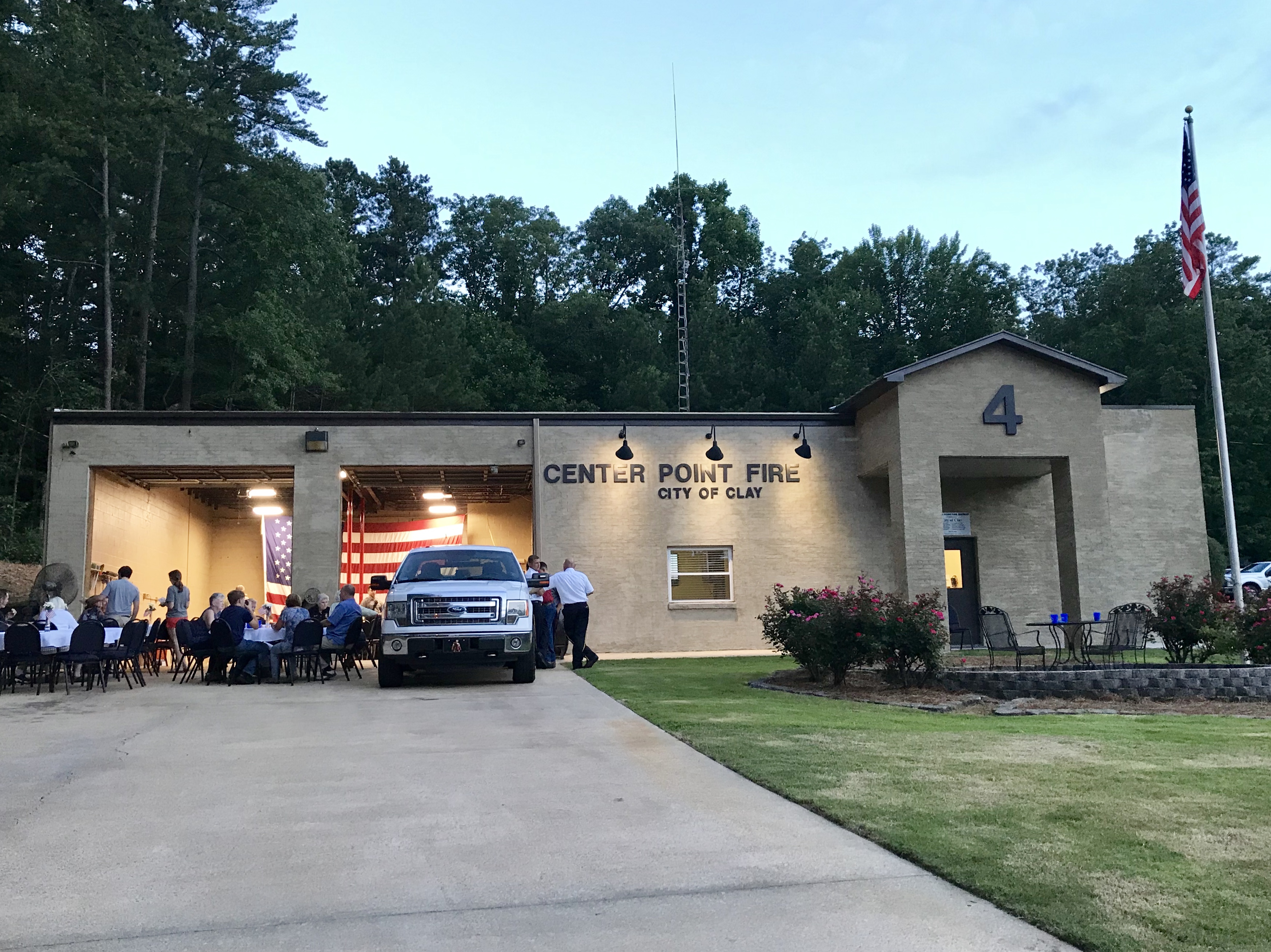 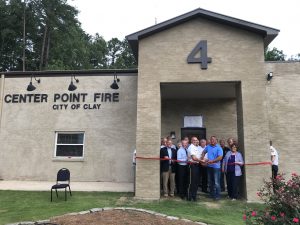 Previously, all firefighters on duty shared a bedroom and two small bathrooms, and also had a cramped kitchen/lounge area. Now, with the new additions, Clay’s firefighters have a more spacious kitchen and dining area, as well as a separate lounge area where the original bedroom used to be.

“The firemen just finished the additions on this fire station,” Mayor Charles Webster said. “The city funded it and these firemen actually put in all the work…It’s going to be great for them. They’re excited. It always makes you feel better when you’ve got a clean, nice place to come after you’ve been fighting a fire or out on a call…They’ve done a good job and everything looks very nice. Thank the firemen for all the work that they’ve done.”

The proclamation states, “WHEREAS, Center Point Fire District’s Station Four is located within the City of Clay and provides fire and emergency services to citizens of Clay; and

“WHEREAS, the clean room will aid in preventing carcinogenic exposure to firefighters and their protective gear; and

“WHEREAS, Center Point Fire District Battalion Chief Brandon Dahlen has volunteered countless hours of physical labor to assist in the building of the additional living area and a clean room at Center Point Fire Station Four; and

“NOW THEREFORE, BE IT RESOLVED by the City Council of the City of Clay, Alabama that we acknowledge and applaud the volunteerism, dedication, and efforts put forth by Battalion Chief Brandon Dahlen.”

Additionally, City of Clay Assistant Clerk’s Pamela Gilham and Andrea Self were each presented with a bouquet of flowers.

Alabama State Representative Danny Garrett attended the council meeting at the fire station and congratulated the fire district and city of Clay on the upgrades at the station. Garrett also presented Mayor Webster and the council with a check for $23,222.23 to go toward the city’s new tennis courts. Webster said that the four tennis courts, as well as plans for a city splash pad, are in progress. 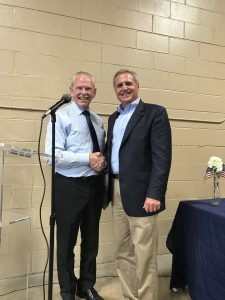 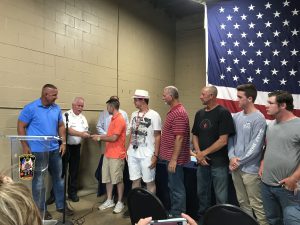 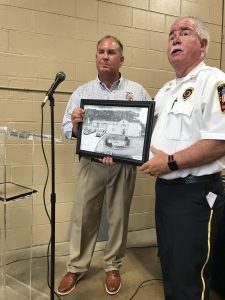 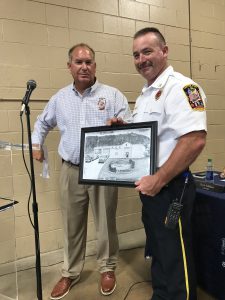 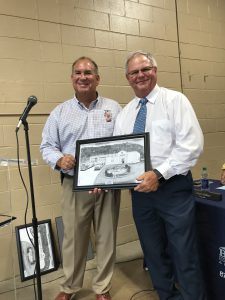 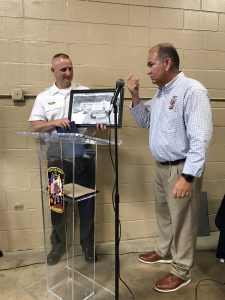 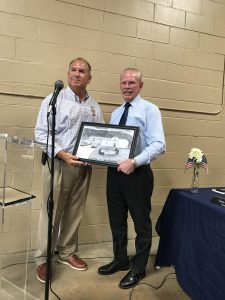 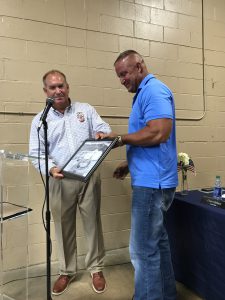 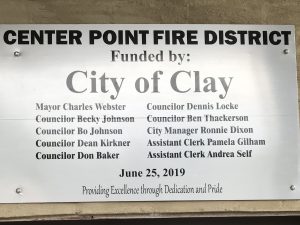 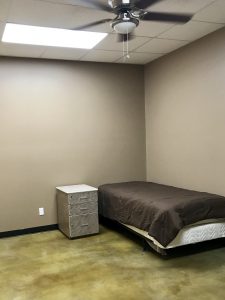 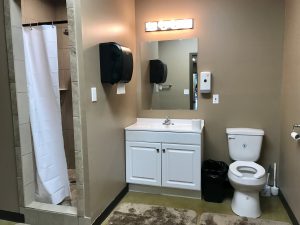 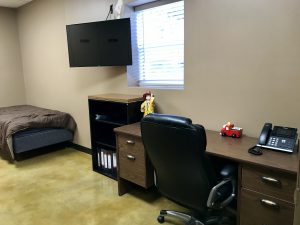 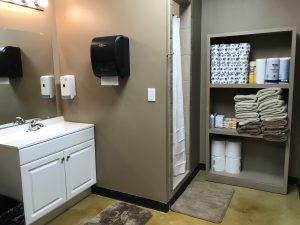 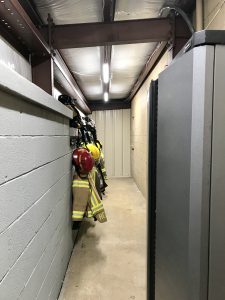 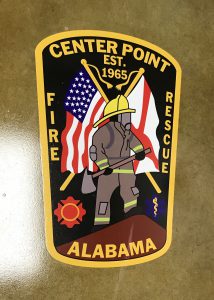