TRUSSVILLE — Two local basketball teams, The Huskies AAU Squad and the All-Stars, got a chance to show off their skills, learn about another culture and foster good international relations when the Seventh Annual King of the Court International Basketball Showcase came to Trussville Friday, July 12.

The goal of the showcase was to introduce local high school boys basketball players to international basketball, and it tours through Georgia and Alabama. The Youth Sports Exchange (YSE) Belgium sponsors the event and operates as an international student exchange that brings youth to the United States on an annual basis to learn about American culture, tour various colleges and universities and to play basketball. Two teams of 10 players (Team Alabama and Team Georgia) along with four coaches and two managers comprise the visiting teams for 2019. 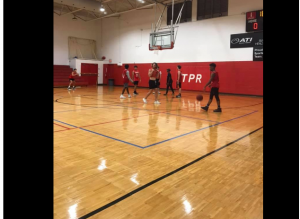 YSE-Belgium visited the United States from July 4 to July 17. They spent a majority of their time on the “Sweet Home Alabama” American Tour.

Some American points of interest that the foreign teams took in on their tour of the United States was the University of North Carolina, the World of Coca-Cola, the College Football Hall of Fame and the Civil Rights Museum.

Zack Manning is the athletic director for the Trussville Department of Parks and Recreation. He has brought the showcase to town for the last three years.

“The All-Stars, they were our all-star team for this past winter league,” said Manning. “They actually finished second in the state … the Huskies are a local AAU squad, most of the kids are around here from Trussville (and) there are a few from Springville.”

Although the Huskies AAU Squad and All-Stars both lost their games against the Belgiums, it was still a great experience for the two local teams.

“We actually lost both games,” said Manning. “The first game the Huskies (the AAU squad) lost 55 to 42 and the All-Stars got beat 50-30. The Belgium squad that came to town this year were vastly improved over the Belgium squad from last year.” 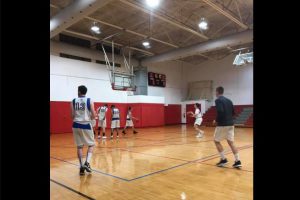 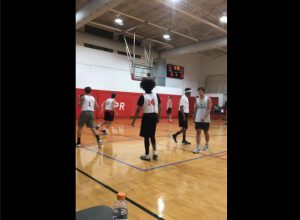 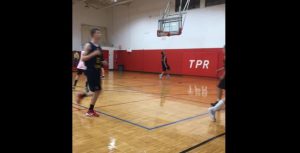