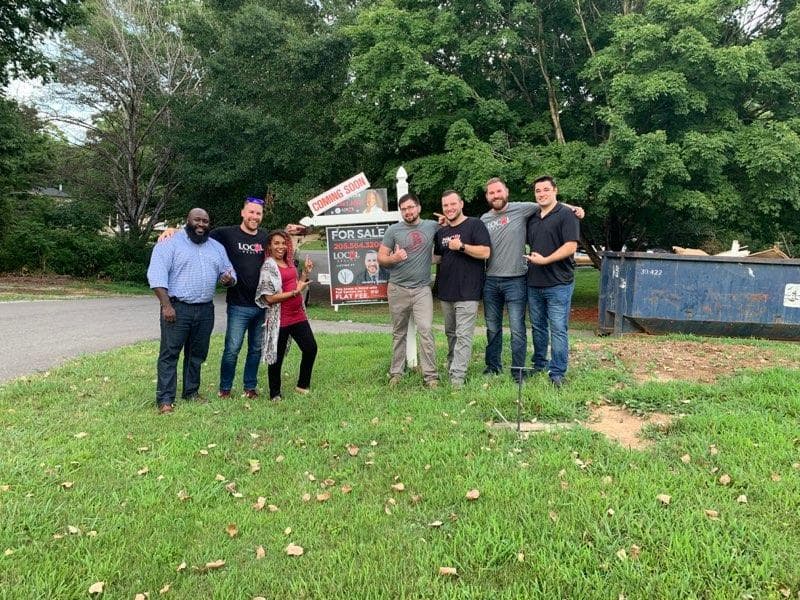 CLAY — A real estate power couple is hoping to show love to the person responsible for a hateful act. Someone spray-painted a racial slur on a “Coming Soon” sign that was placed in the front yard of a home in Clay.

Jeremy and Gina Miller, who own LocAL Realty, have been together for nearly 15 years. Gina graduated from Clay-Chalkville High School in 2002 and now homeschools her children. Jeremy admits Gina is the glue that keeps everything together.

“She really does it all,” said Jeremy Miller. “She is the backbone of the business, like the person behind the scenes making everything happen. I’m just on the stage.” 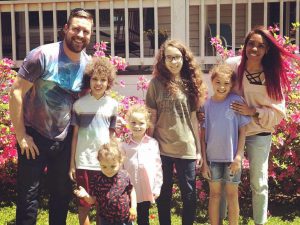 Since they married in 2006, the Millers said they have gotten some strange looks and snide remarks about the fact that Jeremy is white and Gina is black, but they said they have been shown more love than hate.

“We get constant remarks from people who love seeing our family,” said Jeremy Miller. “They say, ‘Y’all are so great and we love your energy.’ It’s constant optimistic and positive vibes being brought our way.”

But on Wednesday, July 17, Gina saw something on Facebook that she almost didn’t believe. A “Coming Soon” sign at a house on Bessie Lane had been defaced with a racial slur. It said, “NO N*****.”

“It was like, is this what I’m really seeing? This must be a joke,” Gina Miller said.

A photo of the vandalized sign was posted online and Gina knew she had to tell Jeremy as soon as possible.

“So I called Jeremy and he hadn’t seen it yet,” she said.

Jeremy Miller immediately reached out to his client, a property investor. Although they aren’t sure of the intentions of the person who vandalized the sign, the Millers said hate was the motive.

“I always look deeper than the surface and I immediately thought they did this because they knew who we are,” Jeremy Miller said. “We can’t definitively say it was because of us or because they don’t want ‘them’ here … but no matter what, it’s just not acceptable. This is not indicative of the people in this area. It happens everywhere and they don’t always say it to your face.” 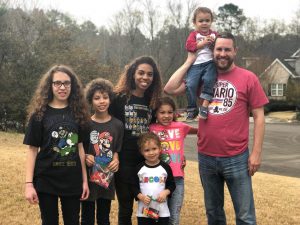 The Millers do not plan to press charges against the person responsible. Instead, they want to show that person that hate is not the answer.

“We would love to know who did it because if we find them, we will show them mercy,” Jeremy said. “I don’t think anything good comes from pressing charges. That’s not the message here.”

That’s a lesson both Jeremy and Gina have tried to pass on to their children.

“Having to explain to them what happened with the sign has been a little frustrating,” said Gina Miller.

“We tell them all the time, hurt people hurt people,” said Jeremy Miller. “I tell them that even adults do mean things sometimes. When you’re angry, you’re not nice to other people.

“We want to respond in love when maybe that person hasn’t received such things.”

Jeremy Miller said he has seen comments on Facebook suggesting the person responsible was probably a teenager playing a prank. But, he said, that means the teen has been taught hate.

“Hate is taught,” Jeremy said. “For us, we’re going to teach our kids love and talk to them honestly.”

The Millers plan to use this incident as a learning opportunity.

“I would like to think that we would all continue to grow as people and that our children will not experience this, but in reality, we know they will,” Gina Miller said. “You learn so much from your environment.”

Jeremy Miller said that just because it has become socially unacceptable to show racism, that doesn’t mean it doesn’t still exist.

“It (racism) is not dead and it probably won’t die for a very, very long time, but we as a culture and society have to keep perpetuating the message of loving one another,” he said. “If someone’s hurting and they lash out at you, you don’t have to respond negatively.”

“That racist word doesn’t have the power it used to have,” said Gina Miller. “But the meaning behind the word is still the same and that’s what makes it so sad. It was used to hurt.” 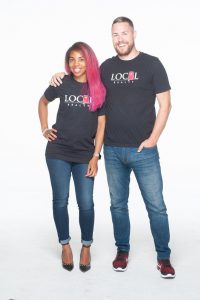 Through it all, the Millers said they have a strong bond that allows them to grow and, in this case, inspire others.

“I think that God has been preparing Gina and me for a long time, in ways that we never would have expected, to touch a lot of people,” Jeremy Miller said. “We just got a message on Facebook yesterday about how God spoke to him through my post and our response. It encouraged him to see us responding through love and not through retaliation.

“When something like this occurs, you can love back instead. We want to unite people.” 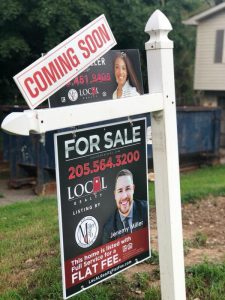 A new and improved sign stands in front of the house on Bessie Lane.

LocAL Realty has replaced the vandalized sign with a new and improved one, which they planned to do before the incident. The new sign also has Gina’s rider on the top. Jeremy Miller said he is proud to add his wife’s “gorgeous face” to market their business. 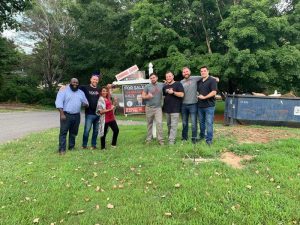