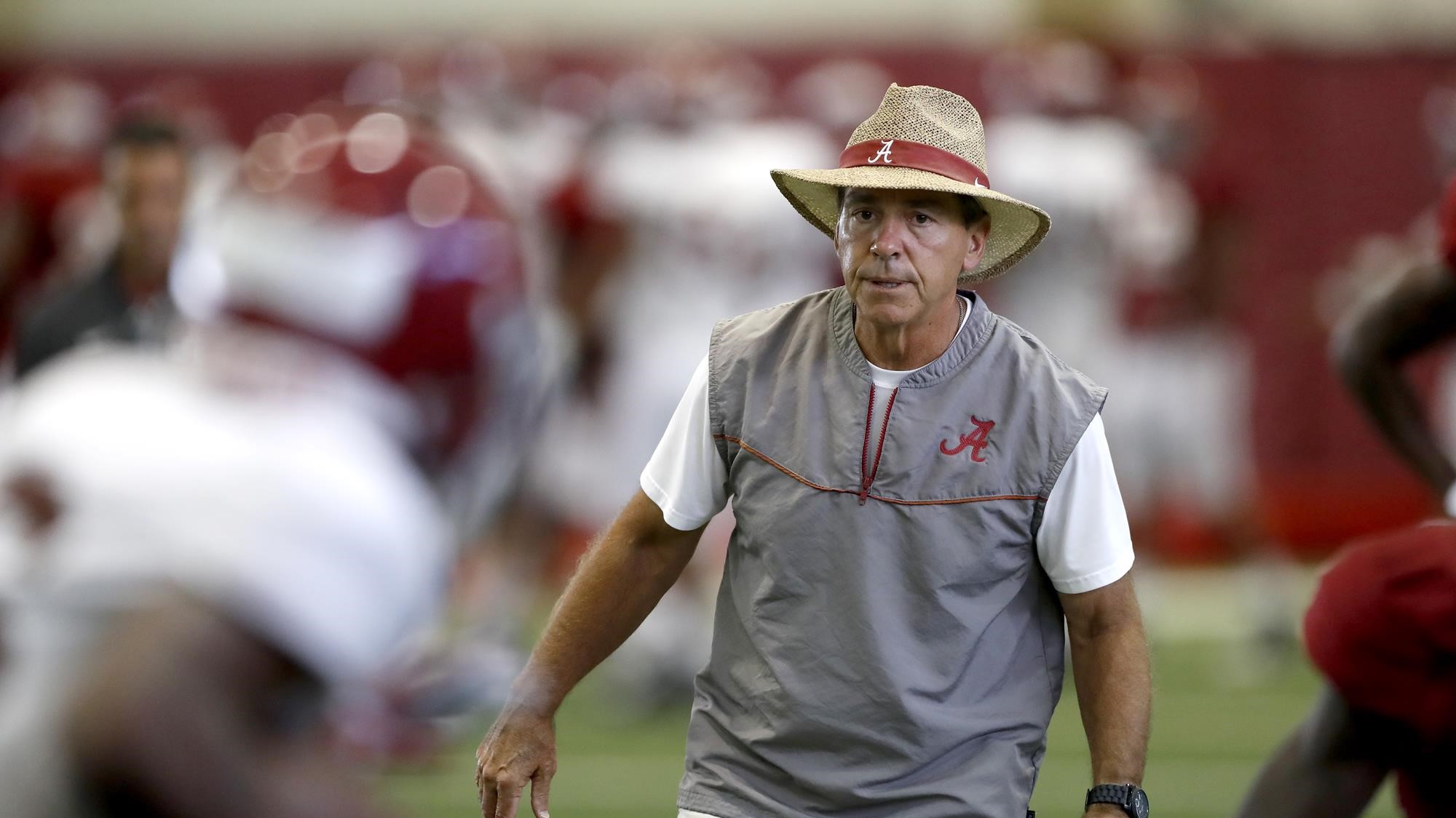 Saban said Saturday he interviewed Smith for a position in 2018 but opted to hire someone else after conducting a background check.

The Crimson Tide’s connection with Smith surfaced with the release of former Buckeyes coach Urban Meyer’s texts and emails by Ohio State after an external investigation into what he knew about allegations of domestic violence made by Smith’s ex-wife, Courtney Smith.

Meyer wrote in January 2018 texts, including one to Ohio State’s president, that Alabama offered Smith a job as receivers coach and passing game coordinator.

Also, Saban says linebacker Eyabi Anoma, a former five-star recruit, has been dismissed from school. He declined to elaborate on the reason.