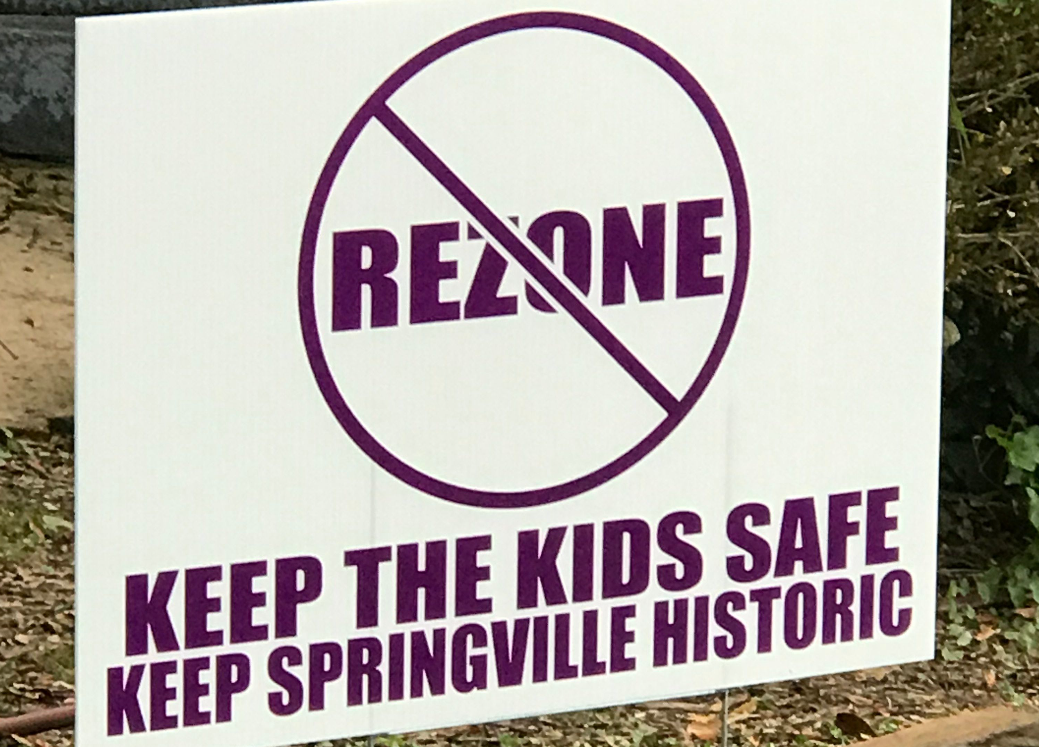 The Springville City Council hosted a much-anticipated public hearing to begin the Aug. 19 regular meeting. At issue was a zoning request for a former church building located in the downtown historic residential district.

The church pre-existed current zoning regulations and was grandfathered in when zoning ordinances were enacted in 1989, but the property reverted to residential zoning when the church moved to a new location in 2015. The property was sold to its present owners, Haven Early Learning Center (ELC), for $235,000 on July 19.

Mayor William Isley addressed the audience of approximately 100 people prior to opening the hearing to clarify the rules for the discussion and to recap the history of the zoning request.

“The zoning map of the city of Springville would be hereby amended to reflect and include the zoning of the parcel as B4 residential neighborhood district,” said Isley. “The recommendation from the Springville Planning and Zoning Commission was to deny the request. That meeting was held on July 30.” 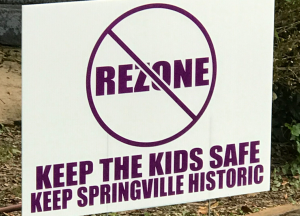 “One of the most contentious issues in any part of America is when you are trying to determine what is right or wrong for a piece of property,” said Isley. “I’ve been involved in city government for 15 years and, to my knowledge, there’s only been two or three times the city council has acted outside the recommendation of a planning and zoning commission.”

“Thanks to the publicity this has received over the last few weeks, I have had numerous individuals reach out to me to regarding signing their child up for the center and individuals with child care experience seeking employment,” said Stacy Gay of Haven ELC. “The majority of our citizens want this to happen.”

Gay addressed concerns about traffic and noise in the historic neighborhood. She also addressed the needs of having a daycare facility in the city.

“Springville is in desperate need of an early learning center,” said Jason Gay of Haven ELC. “There’s currently one daycare in the city limits of Springville. It is actually zoned R1 and the ordinance of the city allows for a maximum of six children in an R1 facility. The last population count in 2018 estimated 4265 residents in Springville and we have six spots for a daycare for our children. We saw this need and pursued an action to resolve it and we urge you to reconsider.”

Several citizens of Springville spoke their concerns about the facility being located in the historic residential neighborhood. Most expressed concerns over the narrow roads and the increased daily traffic through the neighborhood. Mayor Isley added a comment that the streets could not be widened easily because they predated the invention of the automobile and were originally created for horses and buggies.

Several residents of the neighborhood commented that they had pleasant meetings with Jason and Stacy Gay and their respect for the couple and what they wanted to do but added they would prefer a different location.

After the discussions ended, the council voted to deny the amendment request, Ordinance 2019-17.

“We are grateful for the work of the city of Springville employees and their time spent during this process,” said Stacy Gay. “We have searched for years to find an affordable way to operate a quality, convenient childcare center, and we will continue to pray the Lord would open a door for us.”

In other business, the council voted to approve Resolution 2019-07, a census partnership. The upcoming U.S. Census can potentially impact state and national representation for the area. Information on the census partnership can be found on the city website at springvillealabama.org.

The council approved Resolution 2019-08, a transportation plan for fiscal year 2020, which would involve paving work along Bradford Road. The resolution is in compliance with state mandates to specify how gas tax funds are to be used.

The council also approved the purchase of a city vehicle for use by Ashley Lyons, Parks and Recreation Director, for the amount of $14,999.

The purchase of a new light bar for the Fire Department was added to the agenda and approved. The September meetings will be held on Sept. 9 and Sept. 23.