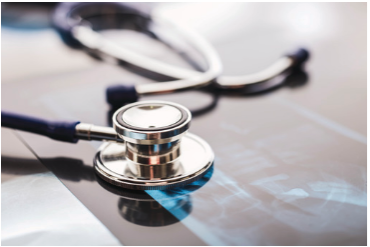 MONTGOMERY — Lawrence Medical Center in Moulton, Ala. is reimbursed by the federal government about $4,890 to treat a Medicare patient with pneumonia.

A small hospital in rural California where the median household income is about the same as Lawrence County gets reimbursed about $7,660 for the same treatment.

The disparities are the result of a wage index, a complicated formula for Medicare reimbursement that factors a medical center’s location into their labor costs. Hospitals update their wage information each year to reflect the average salaries of their staff.  Changes to the index are budget neutral, so when some states’ wage indexes increase, reimbursements to states with lower average wage indexes decrease.

It made sense on paper when it was implemented in the 1980s, Danne Howard, chief policy officer at the Alabama Hospital Association, said recently. But in practice, and after years of “political manipulations” some states’ hospitals are getting reimbursed up to 300 percent what others are. Alabama has always been on the bottom end of reimbursements.

“Even when Alabama hospitals have had wage increases, their reimbursement fell because other states’ grew more,” Howard said. “It has been a faulty system since the beginning.”

The hospital industry is pleased with a recent rule change that will provide a wage index increases for four years to hospitals that have been on the low end of reimbursements. Sen. Richard Shelby, who chairs the Senate Appropriations Committee, announced the rule change earlier this month.

“Alabama hospitals have suffered the negative effects of the Medicare wage index for over two decades,” U.S. Sen. Richard Shelby said in a written statement this month.   “This rule adjustment will bring balance to Medicare reimbursement for Alabama, particularly our rural hospitals and hospitals across the country.”

The change in 2020 will mean an additional about $38 million a year for Alabama’s nearly 100 hospitals, Howard said. But it’s not a complete fix.

“We are going to be at the table and pushing for long-term reform,” Howard said.

That’s significant for the struggling hospital that employs the county’s only two pediatricians.

“This is a big shot in the arm for us to be able to provide emergency services and clinical services to our patients,” Griffin said.

Howard said the wage index disparity has hurt Alabama’s rural hospitals, 88 percent of which operate in the red. About a dozen have closed in recent years.

About 40 percent of hospital care in Alabama is covered by Medicare, according to the hospital association. The wage index inequity hasn’t just impacted rural hospitals.

To treat a Medicare patient with seizures, the University of Alabama Birmingham receives about $10,714. The University of California San Francisco Medical Center gets about $28,347 for the same care, according to the Alabama Hospital Association.

David Spillers, chief executive officer at the 10-hospital Huntsville Hospital System, doesn’t argue that reimbursements need to be higher in New York City than in parts of Alabama because labor costs are higher there.

“The problem is, the gap is too great, and there’s nothing to justify that gap,” Spillers told Alabama Daily News.

Spillers expects the rule change to mean $7 million to $9 million a year for his system, which has about $1.8 billion in expenses per year.

Spillers said small hospitals are competing for the same staff as large hospitals and have to offer competitive salaries.

Spillers said he’s grateful for the change, but called it one step in the right direction to fix a reimbursement system that rewards inefficient hospitals and penalizes efficient ones.

“If our costs go down or stay the same, but another’s in another state goes up, they get (reimbursed) more,” Spillers said. “It makes no sense.

“… The higher your expenses, the more you’re rewarded,” Spillers said.