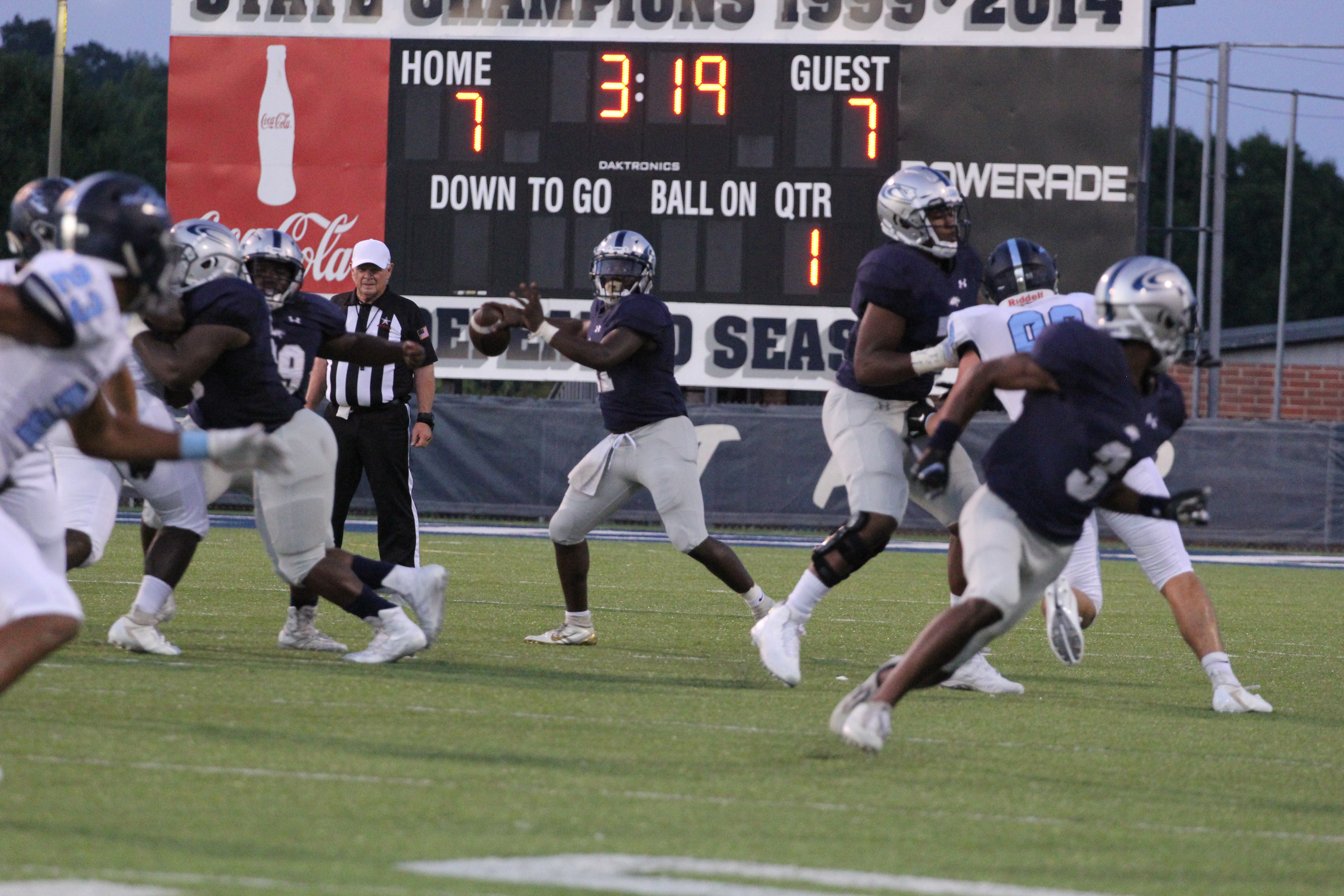 CLAY — If they were to condense the TV show 48 Hours into a segment titled 48 Minutes, you would have an episode explaining the disappearance of the Clay-Chalkville football team only for it to suddenly reappear with six minutes left in the show and steal the hearts and minds of everyone.

That synopsis might be simple, but the task the Cougars accomplished in their 38-37 victory over James Clemens on Friday, Aug. 30, that concluded on a Levert Jefferson interception to seal the victory was far from easy. With nothing going its way, Clay-Chalkville relied on moxie and will to stun the formidable Jets in the waning moments of regulation.

“We got lucky,” Clay-Chalkville head coach Drew Gilmer said. “It’s plan and simple. We don’t deserve to win this game. You have three punts blocked. You have that many penalties … We just got lucky. The ball just bounced our way.”

The Cougars recorded more offensive penalties than the Duggars have children and added to their woes with a bevy of turnovers to go along with three blocked punts (one returned for a touchdown and one returned for a safety). To put it lightly, Clay-Chalkville looked like the Little Giants for vast stretches of the game.

But as most good teams do, the Cougars rediscovered themselves and orchestrated two final drives led by the arm and legs of quarterback Damione Ward. Far from it being his best night, Ward still fought till the end. And despite James Clemens bottling him up for most of the game, Gilmer kept attacking with him.

Ward finished the game with 204 passing yards and two touchdowns. He also rushed for 126 yards with three touchdowns. He accounted for 330 of the 373 total yards by the Cougars.

“(James Clemens) did a great job,” Gilmer said. “They stopped the running game inside and forced you to win the one-on-one matchups. We just didn’t win as many as we needed to win.”

Ward’s 10-yard touchdown pass to Tristan Jones midway through the fourth quarter set the proceeding events into motion: With four minutes left in the game and trailing, 37-31, the Cougars’ defense stepped to the plate and forced a three-and-out on the Jets’ 16-yard line. The ensuing punt went 21 yards.

With the ball at James Clemens’ 37-yard line and less than three minutes to go in regulation, the Cougars relied on the speed of Ward to decide the game. A trick play, designed for Ward to throw the ball to the far sideline only to have it thrown back resulted in him sprinting his way down to the 2-yard line, only to be sent 10 yards into the sideline taking a referee out with him.

Unfazed, Ward would score the go-ahead touchdown to put the Cougars up, 38-37, with 1:03 left in the game. The Cougars’ fate then rested on the capable shoulders of the defense, and come through they did. Linebacker Devin Owens came screaming off the end forcing the Jets’ quarterback to rush a throw that was picked off by Jefferson.

“The positive out of this is that the guys fought,” Gilmer said. “They did not give up. That’s a positive thing that we can build on.”

As miraculous as the ending was, the fact still remains that through the first three quarters the Cougars looked inept and undisciplined.

However, the Cougars managed to trade blows with the Jets until the third quarter despite all the miscues. Clay-Chalkville did start the game off emphatically. It jumped on the board first following a James Clemens three-and-out, but the Jets responded and the two teams would counter throughout the first half with James Clemens ultimately leading at the half, 21-17.

The game would turn into a debacle for the Cougars shortly thereafter.

If the Cougars learned one thing from Friday night it’s to never give up.