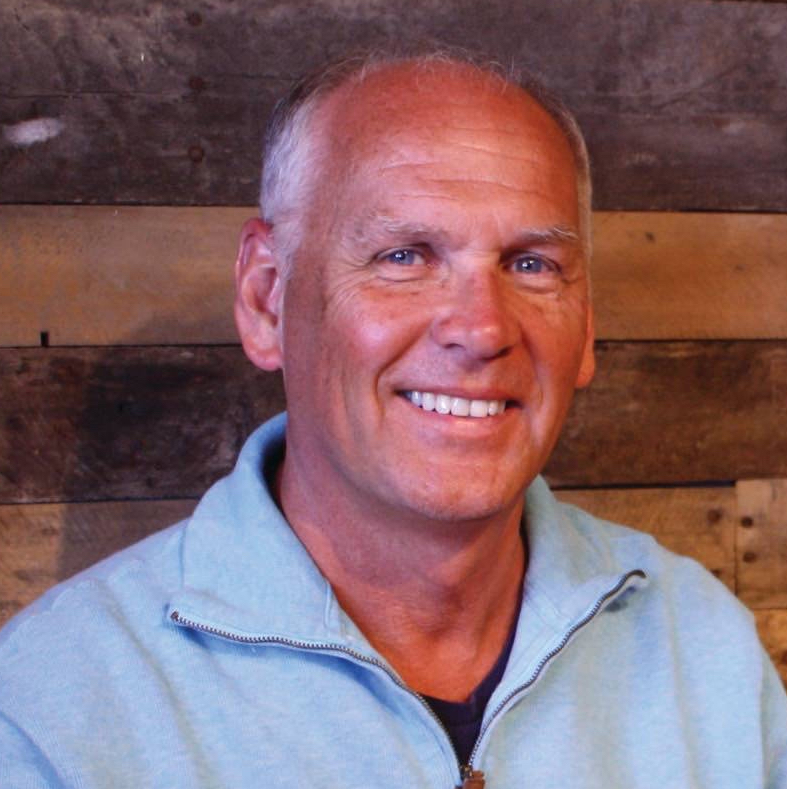 Pastor in Clay publishes book on parenting, “Diapers to Dorms”

CLAY — When Clay pastor Randy Pardue and his wife, Tammy, received a late-in-life gift, their fourth child, born when their other children were mostly already grown, it gave them experience and insight that would later lead to a book. With literally one child in diapers and one in dorms, the Pardues had to rethink their parenting strategies to raise a new child who would be growing up in a new, and completely different generation.

“We really saw it as a blessing, and he has been,” Pardue said of his fourth child, a son. “It was vastly difficult because when we raised the first three, there weren’t really the issues of cell phones and easy access to internet. Back then it was AOL dial-up. Just some of the technology challenged parenthood a little bit. Being older gave us a lot more insight, less panic about things.”

Pardue began writing down what he learned in the process of raising his youngest blessing, and now that even the baby of the family is grown, he has turned those notes and life lessons into a book to help other parents navigate the waters of raising successful, happy children. Or, as the subtitle of his book, “Diapers to Dorms,” says, “Raising Kids You Actually Like, Who Others Like, and Who Like Themselves.”

“It had been a book that I had been wanting to write for a long time,” said Pardue, who is the pastor at Restoration Gathering Church in Clay. “I’ve done parent workshops, as well as managed workshops. … I wrote children’s books. I wrote two of those and I thought, ‘Man, I really love doing this writing thing.’ So I just began to push through and study a little more about writing because I knew that this would give me a greater audience to shape the next generation, writing a book, than just by speaking here and there. Books can literally touch the world.”

“Diapers to Dorms” was released on Tuesday, Sept. 3, 2019, and is available pretty much wherever books are sold, online and soon-to-be in store at Barnes and Noble, Books-A-Million and Amazon. Hardcover books are $24.99 and paperbacks are $14.99. The book is also available as an e-book for Kindle and there will eventually be an audio book, as well. 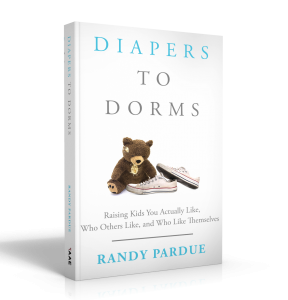 The main goal of the book is to help parents make a plan, or what Pardue calls a “blueprint,” because there are no do-overs in parenting. Using the analogy of building a house, Pardue teaches parents how to reverse-engineer the way they bring their children up.

Pardue said that parents can picture their child in certain situations and how they will respond in those given situations, and then write down what they would love to see their child be like. Then his book helps the parents see how they can reverse-engineer the values they want to teach their child.

“What we talk about is the flow,” he said. “Once you know what those things are, then you begin to say, ‘Ok, how am I going to teach that?’ There’s a couple of natural areas that happen in the routine of life, and one of them is a mealtime. It’s an amazing thing that happens when a family can sit around a table and begin to put away technology.”

The other “natural flow” time is the bedtime routine. Pardue said that he understands many parents are just done by the end of the day and ready to get their children in bed so they can relax, but that bedtime is a perfect natural time for parents to slow down and take advantage of that opportunity to talk to their children, read them books and ask them life questions.

In order to help parents who are reading his book develop a “directional blueprint” for their unique and individual children, he guides parents through four animal-based personality profiles: the lion, the otter, the beaver and the golden retriever. The idea to use this parenting tool stemmed from a book called “The Treasure Tree,” By John Trent and Gary Smalley, which he discovered after he and his wife attended a conference in the 1980s where they learned about personality profiles.

“People can readily understand who they are just by talking about the animals,” Pardue said. “If we talk about a lion, everybody knows that’s kind of the take charge, quick thinking, on the move, and that’s your extroverted, task-oriented individual. … Then there’s the people side of it — personality extroverted people — and that’s the otter … they just care about playing. They’re having a good time, everything is great and everybody’s their friend. It’s that kind of a constant.

“The beaver is the industrial thing. Those are your accountants and the people who are very cautious and they’re very precise and they are rule keepers. And then you have the golden retriever, which is just that steady individual. They are the ones that are loyal friends, they’re always going to be there for you.”

Pardue added that each personality type has both strengths and weaknesses, which parents need to take into consideration while making their blueprint.

“Not one personality is better that the other,” he said. “When one of your kids is a lion, they’re going to take charge, and that’s a good thing. But then sometimes they can be real bossy and pushy, which is a bad thing in some sense, especially with siblings. So we try to help parents understand how the kids will relate to each other, and then how a parent should relate to that child, as well.

“The goal isn’t to make them like us; the goal is to help them soar in the uniqueness of who they are.”

In addition to “Diapers to Dorms,” Pardue has previously published two children’s books under the pen name “Uncle Poppy.” He has participated in the Read Across America program, reading at many different schools around Jefferson County.

“I’ve always been this very imaginative storyteller,” Pardue said. “So when our first set of kids were small and all the cousins hung around and everything, I would just always tell stories. They would all look at my wife, who we call Nana, and say, ‘Is he telling a story or is he telling the truth?’ …They would call me ‘Uncle Pastor,’ because at that time I was a pastor. So then when my grandkids came along and they called me ‘Poppy,’ it just seemed natural to go with the name ‘Uncle Poppy.’”

Uncle Poppy’s children’s books are titled “A Blue Chair Christmas,” a story about his oldest granddaughter who is a special needs blessing, and “Selfish Seagull.” He has two more children’s books in progress, “Another Blue Chair Christmas” (November 2019) and “Eli’s Magical Shipwreck Zoo” (Spring 2020). He also is working on the first book of the Flannelgraph Series, which is expected to be released in the summer of 2020.

Pardue said he also plans to eventually write a book on marriage. He is currently putting together a special course for parents on the topic of personality profiles, which will be available on his upcoming membership site. Other topics that will be addressed on the membership site will be love languages and parent mindsets. The membership site is not available yet, but to keep up with its progress and to stay up-to-date on all that Pardue has going on, visit his website at berefreshed.org.