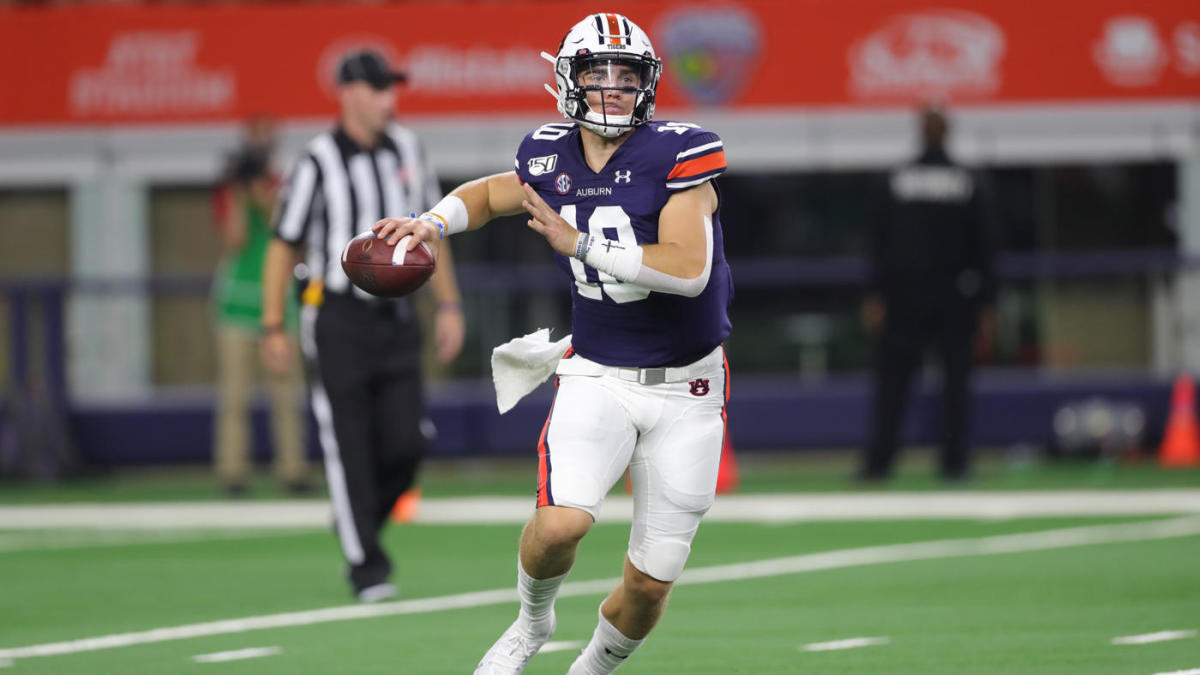 AUBURN — Texas A&M quarterback Kellen Mond can relate to the emotions Auburn’s Bo Nix must be feeling heading into the Aggies-Tigers showdown this weekend.

Mond was once the youthful starter leading his team into big SEC road games.

Nix, a freshman, will be the center of attention when he takes the field in the Aggies’ backyard. He does have some experience in this situation, albeit as an eighth-grader. Nix had only three or four starts under his belt going into a playoff game against eventual state champion Clay-Chalkville, but passed for five touchdowns among his eight completions in an 85-50 loss in 2014.

“As an eighth-grader, that was just intense,” he said. “That was my first time I was playing (on a) higher level as a younger kid. That was tough and it was just my second year of live football. But it was fun. I had a blast.”

Nix leads Auburn onto a much bigger stage Saturday in College Station, Texas against Mond and No. 17 Aggies.

Mond has been where Nix is, starting most of his freshman season at Texas A&M. Now the junior is one of the Southeastern Conference’s most experienced quarterbacks and well understands how difficult Kyle Field can be for opposing quarterbacks with 102,000-plus fans.

“I think it’s shocking for a lot of quarterbacks, obviously for a freshman who is probably playing on the road for the first time at a place like this with the 12th Man and Kyle Field,” Mond said. “So, it’s definitely going to be something he’s never seen before.”

Mond has played in plenty of big games. He and the Aggies fell short in the biggest one so far this season, a 24-10 loss to No. 1 Clemson where Mond threw for 236 yards with an interception.

Auburn coach Gus Malzahn has seen him mature as a quarterback over the past three seasons. Mond has passed for 747 yards and five touchdowns with three interceptions.

“He looks like he’s in command of his offense this year,” Malzahn said.

Nix is where Mond once was, growing into the job on the field.

Mond played in the Aggies’ 2017 opener at UCLA but got his first start in an opponent’s stadium in Game 7 at Florida. He put up modest numbers but Texas A&M won 19-17.

Nix would probably rather walk out of College Station with a win and modest numbers than throw five touchdown passes and lose again like he did as an eighth grader.

He made his college debut in another big game against No. 16 Oregon in Arlington, Texas, leading the Tigers to a comeback victory capped by his touchdown pass in the final seconds . Teammates have praised his poise and maturity, and both were on display in his level-headed reaction to that kind of finish.

“It wasn’t hard because I know it’s a long season and I didn’t play that great,” Nix said. “So I just wanted to get better. I still want to get better.”

Malzahn believes that experience will help, even though he acknowledges it was an Auburn-leaning crowd.

Fisher said he has known Bo Nix “for a long time.”

“His dad’s a winner,” Fisher said. “He’s a great coach, coached in college, coached in high school. So, he’ll have a lot of intangibles in his blood that some other freshman may not just from the experience of being around those things.”

Nix hasn’t put up big numbers, with Auburn last in the SEC in passing yards. He’s completing 52.4 percent of his passes for 545 yards with four touchdowns and two interceptions while dealing with injuries to receivers Seth Williams and Anthony Schwartz. He has also flashed some mobility and running ability, particularly early in the Kent State game.

“I see him growing each game,” Malzahn said.

Since that Oregon game, Nix has faced friendly crowds and overmatched opponents in Tulane and Kent State.

He’ll be matched up with the SEC’s No. 2 scoring defense, a noisy crowd and a group of defenders trying to rattle the 18-year-old.