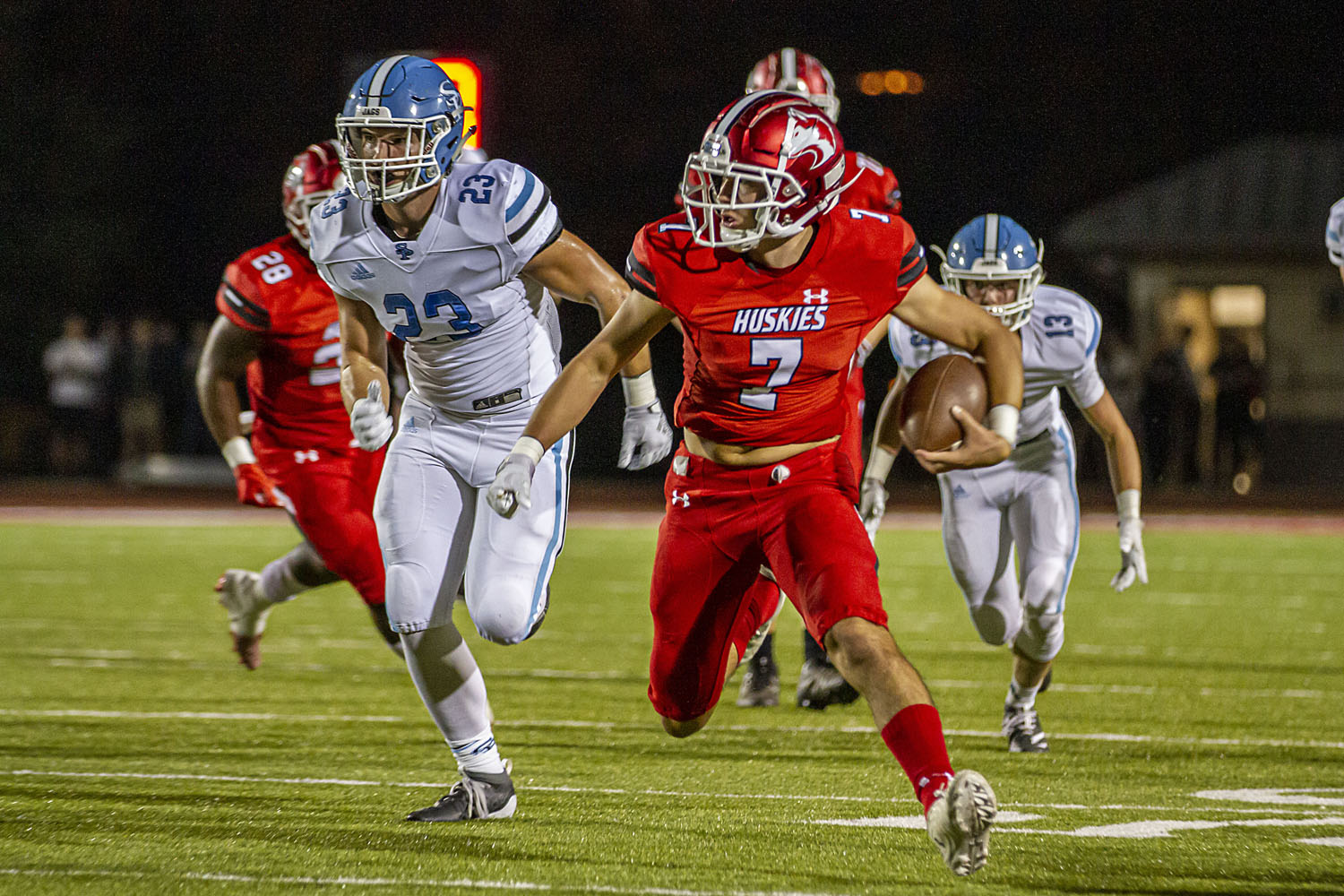 TRUSSVILLE – With only 14 seconds left in the game, Harrison Barker connected with Jaylen Ward for the game-winning touchdown giving Spain Park its first region win of the season, 31-28. In a game dubbed the “Barker Bowl,” it was the son of the former Hewitt-Trussville Husky, Jay Barker, that walked away with the victory.

“Our kids competed hard in the second half,” Hewitt Trussville head coach Josh Floyd said. “It’s just too many penalties. It’s hard to get first downs when you’re first and 20 every single possession. It’s just hard to overcome that.”

The Spain Park Jaguars entered the game against Hewitt-Trussville with a 1-3 record and 0-2 in region play. The Huskies dropped their first region game last week against Hoover and needed the win to keep pace with the Bucs. From the outset, there was no doubt that the record Spain Park was carrying was not indicative of the talent of the team. 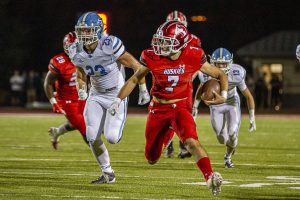 The Jaguars scored first. Jayst Dorian recorded a 12-yard touchdown run, putting Spain Park up 7-0 early in the first quarter. Hewitt-Trussville marched right down the field on its first possession tying the score on a 3-yard touchdown run from Clinton Simpson.

The second quarter belonged to the Jaguars. Former Springville Tiger, Austin Hutcheson, scored on a 1-yard TD run 25 seconds into the second quarter. Spain Park would tack on a field goal midway through the quarter to make it 17-7 as the Huskies offense couldn’t seem to get out of first gear in the first half of the game.

Hewitt-Trussville started the second half in prime position after a huge kickoff return placed them on the Spain Park 45-yard line. That opening drive would never get moving as a barrage of penalties would force the Huskies to punt after a minus-21 yard series. While the Hewitt-Trussville offense struggled, the Huskies defense played well. A forced punt would give the ball back to the offense.

Cade Carruth got the Huskies to within three points on a touchdown pass to Dazalin Worsham. The score after three quarters of play was Spain Park 17, Hewitt-Trussville 14. 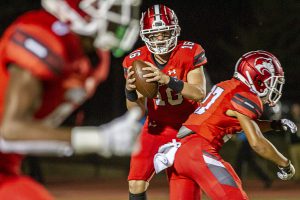 A Jaguars touchdown on fourth and 3 from the Huskies 8-yard line extended the lead to 24-14. Soon thereafter, a Spain Park punt was downed at the Hewitt-Trussville 4-yard line, Spain Park’s defense would apply pressure to Carruth who barely escaped his own end zone. Carruth was hurt on the play and did not return to the game. Somewhere in the chaos of that play, a personal foul was whistled on Spain Park. The next play from scrimmage, Sean Jackson broke through the Jaguars defense and went 73-yards for the touchdown, making it a 24-21 game.

“We’ve got some guys banged up,” Floyd said. “We had another quarterback go out. It’s the third quarterback that we’ve played in five games. That’s not an ideal situation.”

On the Jaguars’ next offensive possession, a completed pass was fumbled and recovered by the Huskies’ Michael Edwards, who took it back for a touchdown. That gave the Huskies the lead for the first time in the game with 3:21 remaining.

The offense went conservative forcing Spain Park to use all its time outs before punting the ball deep into the Jaguars territory. With 1:59 remaining in the game, Spain Park methodically worked its way down the field and delivered the final blow with the Barker to Ward touchdown pass with 14 seconds left in the game.

“The season is not over,” Floyd said. “We just have to regroup and come back.”