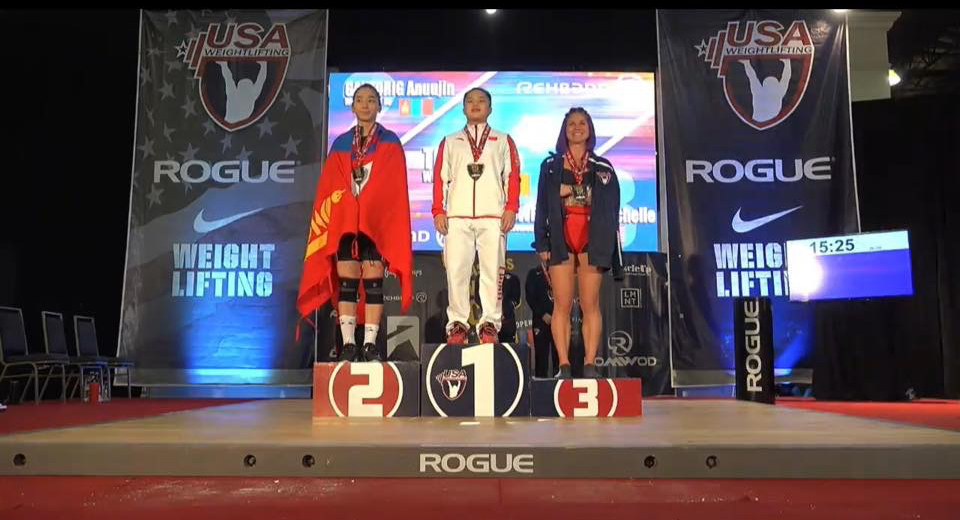 TRUSSVILLE — On a weekend mired in physical setbacks, Trussville native Taylor Stephens overcame a lingering sickness and a hyperextended elbow suffered on her second snatch attempt to still place third in her weight class at the IWF World Cup & San Diego International Open on Sunday, Oct. 6, 2019. 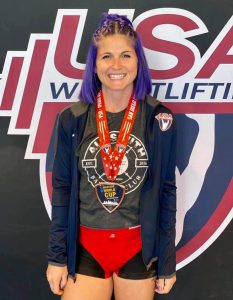 “It’s a complicated movement,” Stephens said regarding her injury performing the snatch. “There’s a lot of space for things to go wrong. You have to respect the movement because it will put you in your place real quick.”

This setback follows an ACL injury that Stephens suffered on her right arm at the 2017 CrossFit Open.

The physical ailments that Stephens battled through this past weekend proved to be a vital learning experience for both her and her team. The setbacks proved that even with months of preparation and training, the ultimate indicator of success comes from within. And in the end, there are things that are simply just beyond one’s control.

Even with the injury, Stephens was able to come just five points shy of her career high, which is 194 kilograms. That total, which she recorded in a national event, allowed her to compete in the  IWF World Cup & San Diego International Open. Stephens ultimately recorded a point total of 189 during the event over the weekend.

“I am a fighter,” Stephens said. “Even injured, I totaled five points off of my personal best.”

The the IWF World Cup & San Diego International Open was the first international meet for Stephens, who is relatively new to the sport after making the jump from CrossFit to weightlifting just over a year ago. Stephens used to compete in the now defunct National Pro Grid League as a bodyweight specialist. The league shuttered in 2016.

“I was never the strong one,” Stephens said about her time in the Grid League. “I was the one that was able to do the cool stuff on the bars and the rings.”

She realized that if she wanted to continue to perform at a high level she was going to need to get stronger.

Cue her entrance into weightlifting.

Though Stephens continued with CrossFit while she competed with All-South Barbell, her trainers and teammates noticed her knack for weightlifting and implored her to seriously think about phasing out CrossFit in favor of weightlifting.

“My coach, and one of my teammates, after a meet, they both sat me down and they were like, ‘If you start taking this seriously you can be really good at it,’” Stephens said.

That conversation clicked with Stephens. She stopped participating in CrossFit and focused solely on weightlifting. That jump proved to be the right move as Stephens rose through the ranks in a short span of time.

“The more that you see the benefits of your hard work, the harder you work,” Stephens said.

She ultimately left her job to coach full time, which allows her to train in between classes that begin a 5 a.m. and end in the evening.

Up next for Stephens is the 2019 American Open Finals at Salt Lake City, Utah, in December. The event will be an opportunity for Stephens to continue to hone her skills and to craft a reputation for herself on the national level. Her point total in the event will allow her to submit her name to compete towards in international meets.

“Right now, I’m competing on international teams to show who I am,” Stephens said. “It gets the opportunity for the CEO of USA Weightlifting and the decision makers to see that I am a fighter, and to see what I am capable of and to get on their radar.”

Stephens is slowly cranking the gears in preparation to make a push for the 2024 Paris Summer Olympics. Her goal for the coming months and into the next couple of years is to continue to develop as a lifter, make a name for herself and to continue to inspire others.

“I tell my athletes, ‘Yes, you can,’” Stephens said. “Anyone who tells you that you’re not capable of doing something it’s because they can’t see themselves doing it. Big dreams scare people. Whatever your dream is, you’re capable of it.”