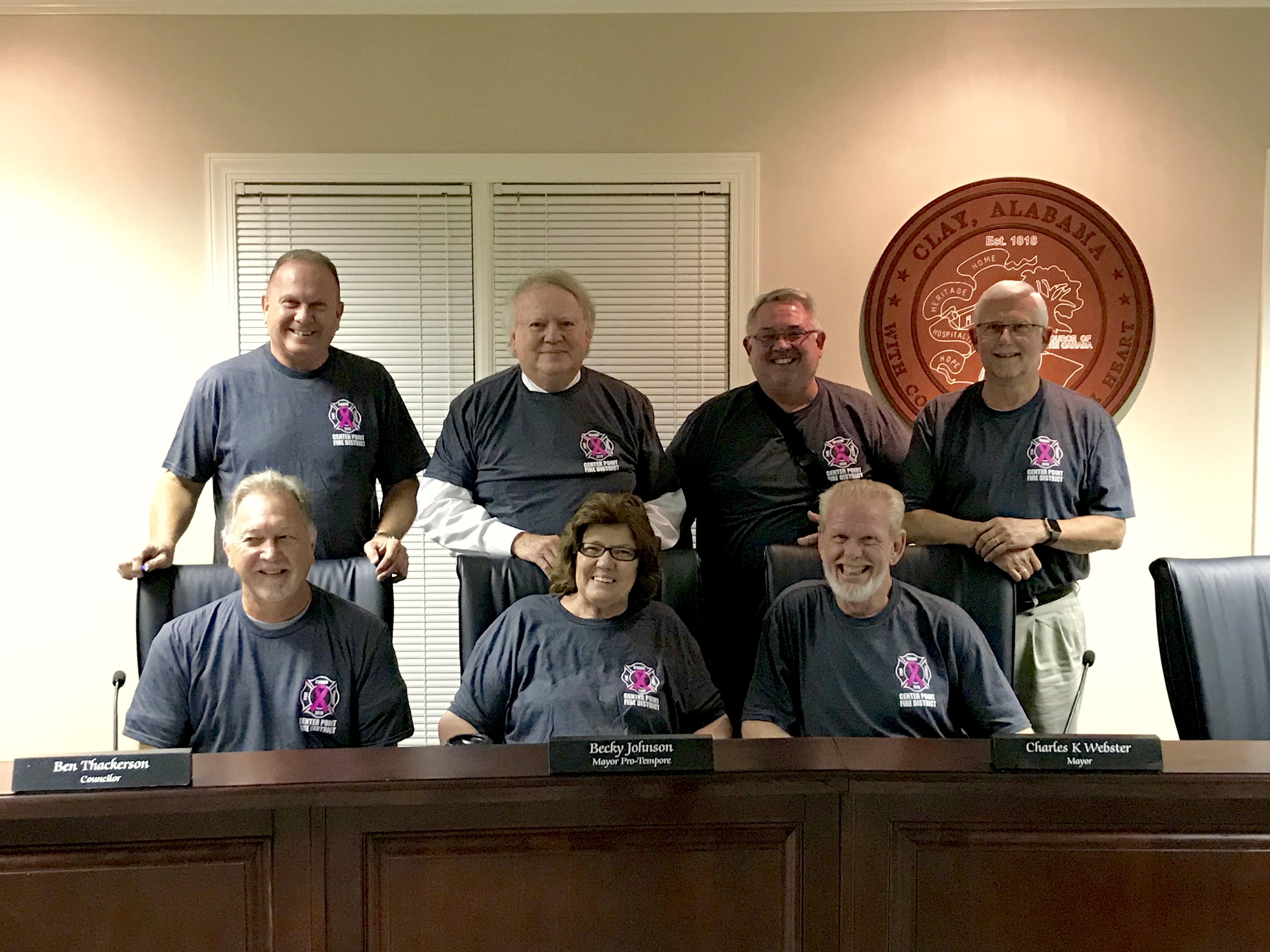 The National Remembrance Ceremony, which will take place on Saturday, Dec. 14, 2019, at 11 a.m., is sponsored by Three Hots and A Cot. During the ceremony, wreaths will be placed on each veteran’s grave in honor of their service and sacrifice.

Proclamation 2019-06 states “… Whereas, Wreaths Across America endeavors to honor deceased veterans by placing a wreath on their graves during the National Remembrance Ceremony … Whereas, Three Hots and a Cot seeks sponsors for approximately 1,000 to 1,500 wreaths needed for Jefferson Memorial Gardens and Funeral Home Cemetery … Now therefore be it proclaimed by the City Council of the City of Clay, Alabama that we declare support for the 4th Annual Wreaths Across America project and encourage all local businesses to sponsor a wreath.”

After passing the proclamation, the mayor presented a copy of it to Fleet Reserve Association Branch 112 President Garland Wayne Odell. 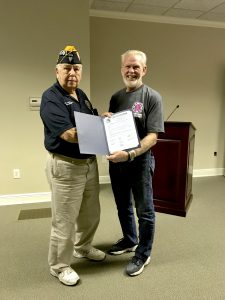 During mayor and council comments, Councilor Bo Johnson announced that the third annual City of Clay Fall Festival will take place Saturday, Nov. 2, 2019, from 5-7 p.m. on the field at the Clay-Chalkville High School stadium.

“We’ll have inflatables and free food and popcorn and cotton candy and all those things that we typically have,” Johnson said. “If anybody is interested in having a booth for their church or business, let me know and we’ll talk about it. You can provide a game and we’ll provide the candy. We’re looking forward to that.”

City Manager Ronnie Dixon informed the council about an app called PickleUp, where people interested in playing pickleball can set up and schedule games. Dixon said that he was notified that 61 people on the app have either scheduled games or been looking for games this week at the Clay pickleball courts. 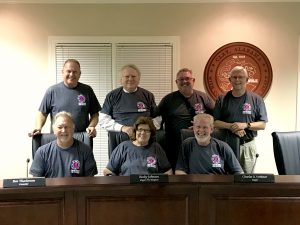 Every October, Center Point Fire District purchases T-shirts directly from the Breast Cancer Research Foundation of Alabama and then they sell them to the community. All proceeds from the shirts go to breast cancer research. Additionally, the personnel with the fire district wear the T-shirts on every call from Sept. 28 through Oct. 31.

This year, with last year’s T-shirt sales combined with the proceeds from the CPFD charity golf tournament, Center Point Fire District was able to present a check for $10,339 to the Breast Cancer Research Foundation.

“The council, the city of Clay, they purchased those shirts,” Horn said. “I got a phone call from one of them and they all purchased it. That was pretty, hands down, across the board there, so that was pretty neat to see that.”