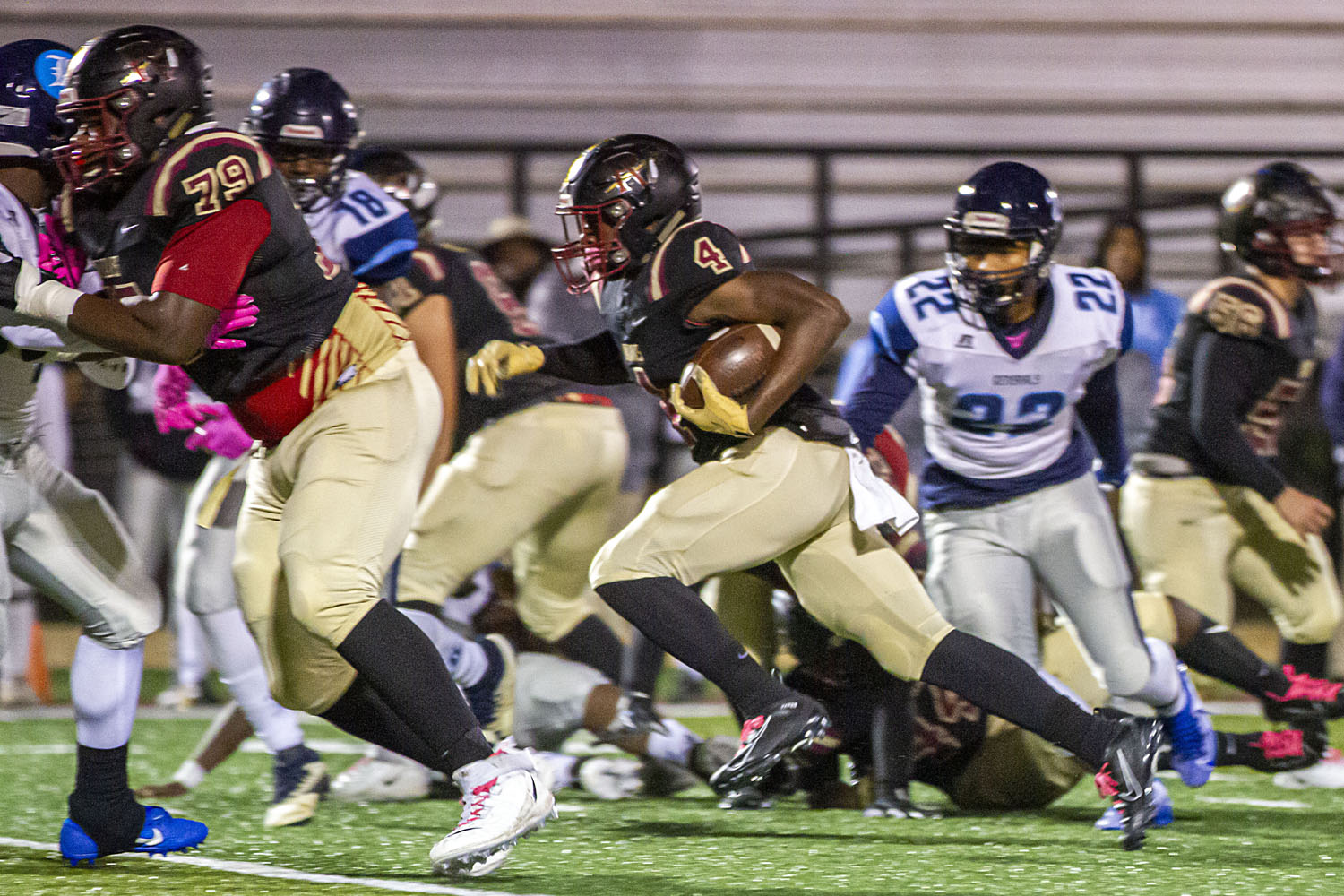 PINSON – Lee-Huntsville spent a frigid Halloween evening seeing ghosts as Pinson Valley concluded its playoff primer with a resounding 47-0 victory following a game that was called with 6:10 remaining in regulation after Lee-Huntsville’s Jonathan Vickers was taken off the field in a stretcher following a hit on a 4-yard run.

The victory for Pinson Valley sends the Indians into their first round playoff matchup against Homewood riding a four-game winning streak. In that span, Pinson Valley has allowed just 12 total points. In three of those contests, the Indians held their opponent scoreless. 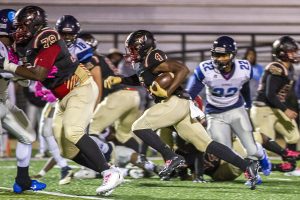 That streak of dominance continued against a hapless Lee-Huntsville squad that entered the hostile confines of Willie Adams Stadium with just one win notched on its belt. On the night, Pinson Valley recorded five interceptions in the first half alone. Two of those interceptions were returned for touchdowns.

“The defense was able to get interceptions because their quarterback was running for his life all night,” Nix said.

Pinson Valley ushered in the evening with a 29-yard Kenji Christian touchdown run to put the Indians up 7-0 just one minute into the contest. Following the first of Lee-Huntsville’s many turnovers, Pinson Valley quarterback Barry White connected on a 4-yard touchdown pass to Jaquel Fells to give the Indians a 14-0 lead just three minutes into the game. White finished the night 4-of-6 for 114 yards and two touchdowns.

The floodgates then opened following Markel Dailey’s interception return, which was promptly followed by a Keyonteze Johnson 80-yard touchdown run where in which he seemingly made every Generals defender miss on his way to giving the Indians a 27-0 lead. Johnson recorded two catches for 91 yards with a touchdown.

“I think we got better tonight,” Nix said. “That’s the whole goal walking into every game.”

The Indians’ DeMarques Densmore collected yet another interception and returned it for a touchdown to give Pinson Valley a 34-0 lead with 7:10 left in the first half. Running back Mike Sharp padded Pinson Valley’s already comfortable lead just prior to the half with a 5-yard scamper to put the Indians up, 41-0.

Fells capped off the scoring for the night with an 11-yard touchdown run with nine minutes to go in the game. 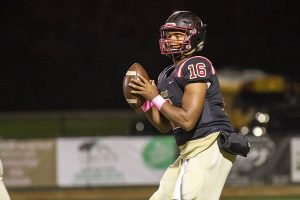 Pinson Valley concludes the 2019 regular season with 7-2, 5-1 record with its lone region loss coming at the hands of Oxford. Lee-Huntsville wraps up the season without scoring a single point in its final two games. Pinson Valley’s defense held Lee-Huntsville to just three first downs and 20 total yards. The Generals rushed for minus-25 yards.

Now, the Indians can turn their undivided attention on defending their two consecutive Class 6A titles.

“This is the time of year that we worked for all year,” Nix said. “It’s here. We’re very excited for it and looking forward to getting it going for sure.”