Cause of house fire in Center Point under investigation

CENTER POINT — A part of 24th Avenue Northwest was closed on Tuesday, Nov. 12, 2019, while firefighters battled a house fire.

The cause of the fire, in the 300 block of 24th Avenue Northwest, was unknown.

Capt. Craig Higginbotham, with the Center Point Fire District, said crews responded after receiving a call at 1:23 p.m. Two engines, two rescue units and several other support units were on the scene. Higginbotham said the freezing temperatures did not cause concerns on Tuesday.

“Luckily, we got the fire out quick and there wasn’t a lot of exposure to water for us,” said Higginbotham. 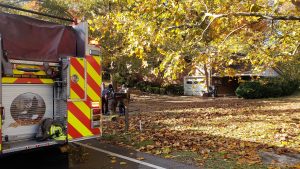 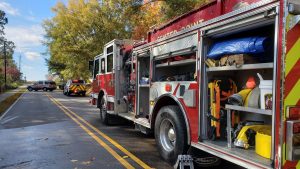 No one was at home at the time of the fire and no injuries were reported.

Although the cause of the fire was unknown, Higginbotham said this time of year, they see more fires because of space heaters.

“Space heaters are a temporary source of heat and using them for permanent heating and plugging several of them into extension cords can overload circuits very easily and can cause fires,” said Higginbotham.

Fireplaces should be inspected and cleaned before use to prevent house fires. Also, Higginbotham said this time of year is a good time to replace the batteries in your smoke and carbon monoxide detectors.