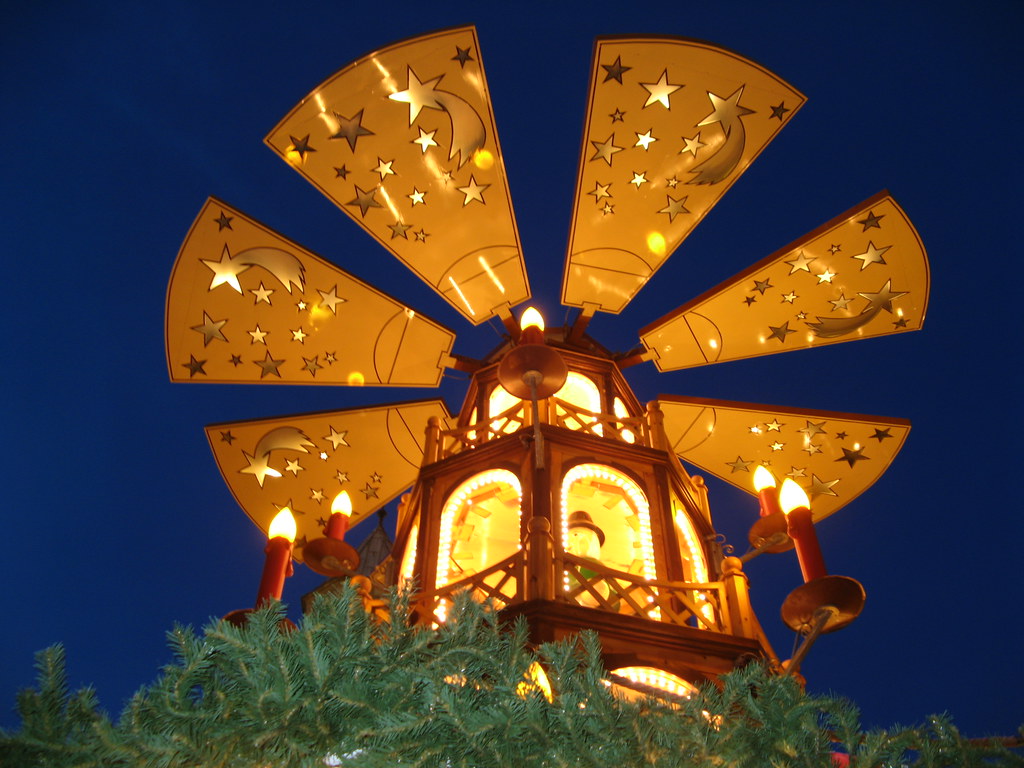 CULLMAN, Ala. — An enormous German Christmas Pyramid is on display for the holiday season in a northern Alabama city.

A German company, Erzgebirgische Holzkunst Gahlenz, handmade the intricate pieces of the 30-foot (9-meter) tall pyramid, The Cullman Times reported. Then it shipped them to Cullman from the small village of Gahlenz.

Three of the company’s workers traveled to Alabama to help erect the pyramid near the Cullman County Museum.

The company is known for building large ones in Germany and around the world. Carpenter Tobias Fritzsch says the Alabama pyramid is only the third one to be built in the United States. The others were built in Texas and Colorado.

The Cullman pyramid has six tiers. Most feature traditional Christmas imagery such as the nativity, nutcrackers and Santa Claus, The Times reported.

Cullman’s pyramid also has some specially crafted figures. They include a figure of city founder John Cullmann, who is joined by figures representing the German heritage of the city.

“We decided that we needed something to show our German roots at Christmas and celebrate our heritage,” Cullman Mayor Woody Jacobs said.

City officials first discussed the idea of constructing a pyramid about a year ago, and much of the past year was spent organizing its construction and picking out some of its features, the newspaper reported.

The company sent updates and photos of the pyramid’s progress over the last few months, and finally seeing them put together and on display in Cullman is a surreal feeling, the mayor said.

Since there are so few such pyramids outside of Germany, people in that country were also excited about the one being constructed for Alabama. There were several newspaper articles written about Cullman’s pyramid as it was under construction, Fritzsch said.

“The people are very interested,” he said. “They are happy that we can bring it to another continent.”